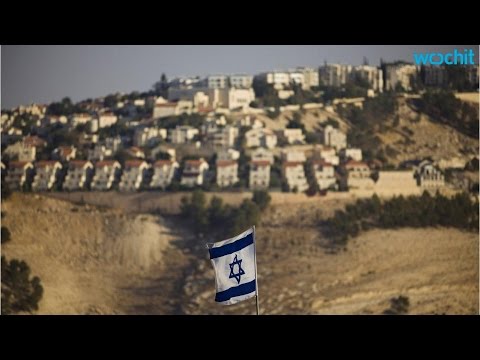 (Jerusalem) – Businesses should stop operating in, financing, servicing, or trading with Israeli settlements in order to comply with their human rights responsibilities, Human Rights Watch said in a report released today. Those activities contribute to and benefit from an inherently unlawful and abusive system that violates the rights of Palestinians.

How Settlement Businesses Contribute to Israel’s Violations of Palestinian Rights

The 162-page report, “Occupation, Inc.: How Settlement Businesses Contribute to Israel’s Violations of Palestinian Rights,” documents how settlement businesses facilitate the growth and operations of settlements. These businesses depend on and contribute to the Israeli authorities’ unlawful confiscation of Palestinian land and other resources. They also benefit from these violations, as well as Israel’s discriminatory policies that provide privileges to settlements at the expense of Palestinians, such as access to land and water, government subsidies, and permits for developing land.

“Settlement businesses unavoidably contribute to Israeli policies that dispossess and harshly discriminate against Palestinians, while profiting from Israel’s theft of Palestinian land and other resources,” said Arvind Ganesan, director of the business and human rights division. “The only way for businesses to comply with their own human rights responsibilities is to stop working with and in Israeli settlements.”

More than a half million Israeli settlers live in 237 settlements throughout the Israeli-occupied West Bank, including in East Jerusalem. Successive Israeli governments have facilitated this process, but businesses also play a critical role in establishing and expanding settlements, and enabling them to function.

Under the United Nations Guiding Principles on Business and Human Rights, companies should respect human rights and identify and mitigate any adverse human rights impact their operations may cause. But because of the nature of settlements, which are inherently illegal under the Geneva Conventions, companies cannot mitigate their contribution to Israel’s violations so long as they operate in settlements or engage in settlement-related commercial activity, Human Rights Watch said.

Businesses engage in a variety of activities that support settlements. Some settlement businesses are directly engaged in managing the practical demands of settlements. Human Rights Watch investigated Israeli bank financing of settlement construction; a global real estate franchise that has a branch in settlements and whose Israeli franchisees market settlement properties; and a waste management company that collects and processes settler garbage in a landfill in the Jordan Valley that exclusively services settlements and Israel.

Both types of settlement businesses facilitate Israel’s violations of international humanitarian law. The Fourth Geneva Convention prohibits an occupying power from transferring its civilians into the territory it occupies, and the Rome Statute, the founding treaty of the International Criminal Court, states that such a transfer, directly or indirectly, is a war crime.

Human Rights Watch takes no position on a consumer boycott of settlement companies or on the movement to boycott, divest from, and sanction Israel. Rather, Human Rights Watch is calling for businesses to comply with their own human rights responsibilities by ceasing settlement-related activities.

Other countries should ensure that any import of settlement goods into their territory is consistent with their duty under international humanitarian law not to recognize Israeli sovereignty over the occupied Palestinian territories, Human Rights Watch said. This includes prohibiting such goods from being labeled as made in Israel, excluding them from preferential tariff treatment for Israeli products, and refraining from recognizing any certification – such as organic – of settlement goods by Israeli government authorities.

Settlement businesses also operate on and contribute to the Israeli military’s confiscation of large amounts of land in the West Bank, which it transfers to settlements. That violates the international humanitarian law prohibition on an occupying power using the resources of the territory it occupies for its own benefit. Some of the land is privately owned by Palestinians, violating an additional international humanitarian law prohibition, and the Israeli military severely restricts many more Palestinian landowners from accessing their farmland in the vicinity of settlements.

“Businesses should account for the reality that using Palestinian land, water, minerals, and resources in their settlement operations is unlawful and comes at a great cost to Palestinians,” Ganesan said. “But the tide is turning as more and more businesses are waking up to the reality that it is wrong for them to profit from inherently illegal settlements.”

Israel all but bars Palestinians from building or extracting natural resources in Area C, the part of the West Bank under its administrative control. Between 2000 and 2012, the Israeli military administration rejected 94 percent of Palestinian construction permit requests, and in 2014, it issued only one such permit. Human Rights Watch investigated one of 11 Israeli-administrated quarries in this area, owned by a European conglomerate. Israel has not approved a new quarry license for a Palestinian company there since 1994, according to the Palestinian Union of Stone and Marble, an independent organization representing more than 500 Palestinian companies.

The World Bank estimated in 2013 that Israeli restrictions in Area C cost the Palestinian economy $3.4 billion annually, approximately equal to 33 percent of Palestine’s GDP. Settlement businesses contribute to and benefit from unlawful and discriminatory policies that leave many Palestinians with no alternative but to work in Israel or settlements.

“Settlement businesses help entrench discriminatory Israeli policies that favor settlers over Palestinians in Area C, even though the settlers should not be there in the first place,” Ganesan said. “Businesses that claim they are helping Palestinians by offering trapped Palestinians minimum-wage jobs with few labor rights protections add insult to injury.”

Human Rights Watch also has issued a question-and-answer document about its research.

Wochit News from 2 months ago: “The European Union Will Label Some Products Made in Israeli Settlements”