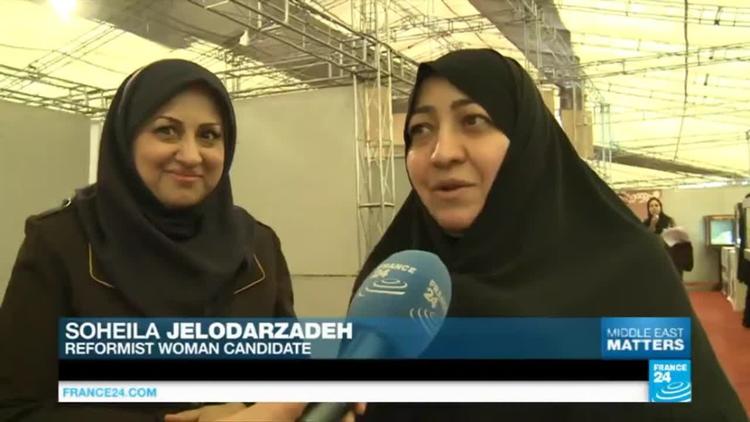 Farhang Jahanpour is a former professor and dean of the Faculty of Foreign Languages at the University of Isfahan. Prior to that he was a Senior Research Fellow at Harvard University. Currently he is a tutor in the Department of Continuing Education and a member of Kellogg College, University of Oxford.

OXFORD, Feb 22 2016 (IPS) – Iran will hold two crucial elections on February 26, 2016, which could decide the fate of the Islamic Republic for many years to come. Earlier this month, Iranians celebrated the 37th anniversary of the victory of the Islamic Revolution. During that period, the country experienced revolutionary upheavals, a disastrous eight-year war with Iraq that killed and wounded nearly a million Iranians, eight years of populist rule by a hard-line president, Mahmoud Ahmadinejad, and crippling Western sanctions.

Yet, despite all these crises and upheavals, not only has the Islamic Republic survived, it could be argued that Iran is now the most stable country in the region.

This year the election for the 290-seat parliament (Majles), which will serve for four years, coincides with the election of the 88-member Assembly of Experts, which has a eight year term. The Assembly of Experts is in charge of selecting the next Supreme Leader. The current leader Ayatollah Ali Khamenei is 76 and ailing, and the next Assembly will likely select his successor. In view of the importance of the role that the Supreme Leader plays in Iranian politics, the person who is chosen will decide the direction that the Nizam (the establishment) will take in the coming years.

At the moment, the country is split between the reformists and the moderates on one side, and the hardliners on the other. Whether the next parliament and more crucially the next leader are reformist or extremist will have a major impact on the course of Iran’s domestic and foreign policy. This is why the forthcoming elections are so critical.

There have been regular, if flawed, elections in Iran since the revolution, but the fairness of the elections has been compromised by the enormous power that the right-wing Guardian Council wields in vetting the candidates. The Supreme Leader appoints six clerical members of the Guardian Council, and the head of the Judiciary, who is appointed by Khamenei, appoints six jurists to the Council. Therefore, the Council acts as a rubber stamp for the wishes of the Supreme Leader and the clerical establishment.

On the eve of the forthcoming elections, the Guardian Council rejected the qualifications of the vast majority of reformist candidates, while the majority of the so-called ‘Principleists’, or right-wing extremists, have been allowed to contest the elections.

Initially, there were more than 12,000 candidates from the three main political movements, the hardliners, the reformists and the moderates. In total, about 6,200 candidates ¬ including 586 women ¬ have now been cleared to run, while the rest have been disqualified. Nine moderate parties issued a statement complaining that only 30 of the 3,000 reformist candidates had been allowed to run.

In the absence of organized political parties, anyone can put his or her name down for election. There is certainly a need for a body to vet the candidates and make the elections more manageable, but the problem with the Guardian Council is that it functions in a very partisan way.

In 2009 election, there was widespread support for the reformist candidate Mir-Hossein Musavi, but the Guardian Council declared Ahmadinejad the winner, and Khamenei put his full support behind him. That controversial decision led to the biggest demonstrations and protests since the early days of the revolution, which were brutally put down. A number of protestors were killed, and hundreds, including the leaders of the Green Movement, were arrested and most of them are still either in jail or under house arrest.

The hardliners had hoped to repeat the success of their candidates in the last presidential election in 2013, but the rightwing candidate Saeed Jalili received only 11.3% of the vote. When Hassan Rouhani declared his candidacy, opinion polls put his popularity at only 5%, but an energetic campaign with the promises of greater freedoms at home and a policy of engagement with the West, brought more than 72% of the electorate to the polling stations, and he won in the first round with nearly 51% of the vote.

It was hoped that after the successful implementation of the nuclear deal with the P5+1, President Rouhani’s supporters would have greater success in the forthcoming election and that he would face a less hostile Majles. However, as the result of massive disqualifications of reformist candidates, the Guardian Council has dashed all those hopes.

Ayatollah Khomeini’s grandson, Hassan Khomeini, who is a reformist and who had supported President Rouhani in the last election, has been barred from running for the Assembly of Experts, and Morteza Eshraqi, another grandson of the founder of the Islamic Republic, was prevented from running for Majles, as were former President Hashemi-Rafsanjani’s son Mohsen and daughter Fatemeh Hashemi.

These disqualifications have given rise to a great deal of anger and criticism. Speaking at a ceremony commemorating the anniversary of Khomeini’s return to Tehran on February 2nd, Hashemi-Rafsanjani criticized the Guardian Council’s decision to disqualify Hassan Khomeini. Rafsanjani said: “They disqualified the grandson of Imam Khomeini, who is the person who is closest to his grandfather.” Addressing the hardliners, Rafsanjani said: “Who has given you the right to judge others? Who has given you the right to take all the guns, have all the podiums, have Friday prayer platforms and radio and television?”

This criticism is extremely significant because it is not directed only at the Guardian Council but at the entire clerical establishment, and at the IRGC that holds all the guns. He is also indirectly criticizing the Supreme Leader who appoints the heads of the IRGC, the Friday prayer leaders and the head of the state-run broadcasting.

President Rouhani too strongly criticized the hardliners. Speaking on Tuesday 9 February, referring to the IRGC, Ruhani said: “If an organization possesses intelligence, weapons, money, newspapers, news agencies, and if other tools of powers were put altogether in the hands of one organization, even if they were saints they would become corrupted.” He said that if Iran wants to move forward, “we should get rid of monopolies and move towards real competition. The sanctions were not the only chains tying our hands. Bureaucracy is also a chain that we must remove from our hands one day.”

These strong criticisms of the Guardian Council, the IRGC and implicitly the Supreme Leader, show that the forthcoming elections are going to be tense. However, despite all these obstacles put in the path of the reformers, former reformist President Khatami, while expressing disappointment that “capable” and “deserving figures” have been disqualified, urged the people to vote because “your vote is your voice”.

At this election, there are around 53 million voters, 30% of whom are under the age of 30, and 70% under the age of 50. The balance of power in Iran has shifted to a younger, more cosmopolitan and more reform-minded generation. The forthcoming elections will set the stage for major changes in Iran.