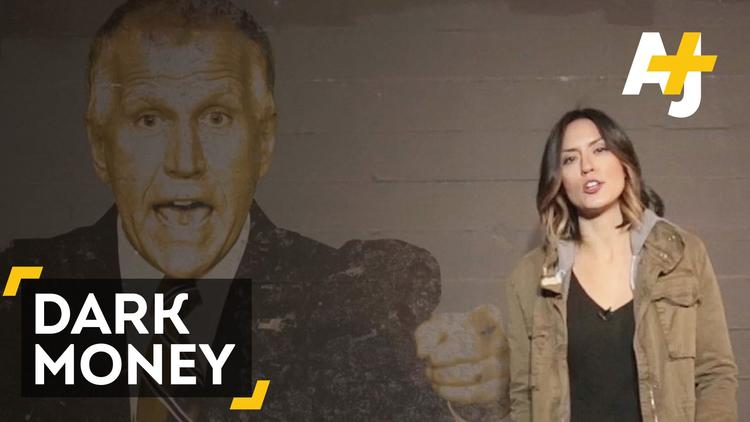 Poll after public opinion poll in the US today consistently show that US voters overwhelmingly share the opinion that big money billionaires and their corporations were increasingly dominating US elections.

As the United States election cycle began to ramp up last summer, for example, the New York Times/NBC News poll showed no less than 84 percent of U.S. voters – Democrats, Republicans, and Independents alike – shared the common view that there was simply “too much money” flooding into U.S. elections today. While 85 percent of those in the poll further indicated that either major changes or a “complete rebuild” of the U.S. election system was needed to take money out of politics.

Forget minor tweaking reforms of campaign financing. The people of the U.S. now believe the entire process is rigged in favor of rich contributors and corporations who fill to over-flowing the campaign coffers of their chosen politicians.

A related major concern expressed by those polled was that those billionaires writing the checks for candidates were “hiding behind the curtain” as never before. The electoral system itself was becoming increasingly opaque. Seventy-five percent of those polled thus demanded full disclosure of just who was providing all the money.

The current election cycle is just now getting underway with the primary season and nominating of candidates, so total spending won’t be known for at least mid-2017 at the earliest. But there are signs appearing in numerous places that this election year will break all records for money flowing from the billionaires, their banks, and their corporations to their “hat in hand” candidates, as they regularly stumble over themselves and trek one after the other attending private meetings with the Koch Brothers, the Sheldon Adelsons, the Paul Singers, Goldman Sachs and other bankers – and all the rest of the billionaire class who write checks for tens of millions of dollars at a single sitting – to fund whichever candidate bends his knee and bows his head the most in committing to their favorite economic interest or pet political cause. And bend and bow they do.

For example, there’s the Republican presidential candidate, Marco Rubio, who led the attack on Argentina in the U.S. Congress to pressure that country’s Kirchner government to concede to the blackmail by U.S. vulture funds led by multi-billionaire, hedge fund magnate, Paul Singer. A financial supporter of the expansion of Israeli settlements in the west bank of Palestine, Singer is an ardent advocate that “Israel can do no wrong.” As Singer’s boy in the U.S. Senate, Rubio consistently takes a hard line on every Israel debate and vote, effectively representing Singer’s views and interests. Not surprisingly, for that Rubio has been repaid well. Singer is Rubio’s second biggest campaign contributor, second only to Florida real estate billionaire, Norman Braman. Multi-billionaires, both have already contributed more than US$11 million in 2015 to Rubio’s campaign. Software billionaire, Larry Ellison, the world’s fifth richest person, worth $47 billion, has also already contributed millions to Rubio. All three no doubt appreciate Rubio’s pledge to eliminate all taxes on capital gains and dividends, which would mean $1 trillion tax free to them and their billionaire friends. Rubio’s election campaign committee and his “Conservative Solutions” super PAC have accumulated more than $60 million in 2015. Bush money is reportedly moving to Rubio recently as well.

Then there’s candidate Cruz. His billionaires include ultra-right wing, hedge fund owner Robert Mercer, who contributes to restoration of the death penalty, advocates return to the gold standard, funds pro-life and anti-gay causes, and collects machine-guns for a hobby; Toby Neugebauer, the billionaire Houston investment banker; and Farris and Staci Wilks, extreme bible-thumpers, who view the U.S. from a prism of the biblical old testament, and whose family has made their billions by fracking and poisoning land in the U.S. from Texas to Montana. All have all written checks to the Cruz campaign for more than $10 million each thus far, and contribute heavily to Cruz’s super PAC, “Keeping the Promise,” and his campaign committee, together worth at latest estimate more than $100 million. Cruz repeatedly pilgrimages to their respective billionaire compounds and retreats, that is, when he’s not getting loans from the big Investment bank, Goldman Sachs, where his wife worked as a managing director, and from which Cruz has been given low interest loans.

Jeb Bush got most of his money from his personal and family investment sources, from his super PAC, “Right to Rise,” to which wealthy friends have already contributed $118 million in “outside money,” from his election committee with a pot of more than $40 million more so far, from his 50+ per year public speeches for which he is paid an average of $40,000 each, and unknown amounts from his multi-billionaire Bush dynasty family. Another big billionaire contributor, writing a $10 million check recently, was the notorious Hank Greenberg, former Chairman of the American Insurance Group that the government and U.S. taxpayer bailed out to the tune of $180 billion in the 2008 crisis.

Hillary Clinton’s money comes from all the above sources and then some. For example, there’s hedge fund billionaire, George Soros, who contributed $8.5 million just last year. And the media billionaires, Haim and Cheryl Saban, who have directly already contributed millions; and reportedly may have contributed an estimated $10-$25 million more indirectly from their own personal foundation to the Clinton’s foundation: a favorite way the rich contribute to each other. Both Hillary and Bill have also had multi-million dollar royalty book contracts, Hillary’s latest worth $5 million. She is also the biggest recipient of contributions from professional Lobbyists among all the candidates. Her campaign committee has amassed $115 million as of January 2016 and her super PAC, “Priorities USA,” more than $40 million.

The Clintons, however, have especially farmed the speech circuit for big money ever since Bill left office. That’s how former presidents and other big-name, high visibility politicians who have performed well for the rich are “paid off” in the U.S. when they leave office. Corruption is “post-hoc” in the U.S. system, a more sophisticated arrangement than crude graft or theft while in office practiced in other countries. Bill Clinton has earned more than $100 million in speeches alone since 2001. Hillary and Bill have earned another $25 million just since her announcement to run. And then there are Hillary’s “closed door talks,” off-the record, unrecorded, Q&A sessions of an hour or so, which Hillary has held with scores of financial institutions, banks, and big companies since announcing her candidacy.

Her speeches and talks average $225,000 to $275,000, according to her “schedule A” campaign finance statement that is public record. When challenged by Sanders why she has been accepting fees of $275,000 from scores of bankers and big corporations, including a recent 3 speech $675,000 fee from Goldman Sachs, her reply was “I don’t know, that’s just what they offered”. Yeah, out of the pure generosity of their banker hearts, expecting nothing in return no doubt.

Trump claims his net worth is more than $10 billion, and receives $3 million per show just as host of the TV show, “Celebrity Apprentice,” providing ample cash for his campaign, that is, so far. His long list of investments generate millions more in cash every year.

Sanders relies on small donors, has no super PAC or outside money, while his campaign committee reportedly has accumulated $95 million. He owns no business and his net worth is reportedly $330,000.

A proxy of just how much money is involved this year is perhaps estimated by how much in total was spent on the 2014 midterm Congressional elections, where no presidential candidate was running. No less than $3.77 billion was spent that year. And that was what was only official reported to the Federal Election Commission for donors contributing more than $200 – excluding as well all spending on state and local government races and excluding what is called “dark” money from nonprofit organizations – called 501( c) (4) shell groups-like Karl Rove’s notorious “Crossroads GPS,” which has reportedly raised $330 million in recent years. Spending by 501s is directed at attacking a candidate’s opponents instead of contributing to the favorite candidate via PACs, super PACs, campaign committees, party committees, and the like. But it is campaign spending on behalf of candidates, nonetheless. Super-PACs and 501s are projected to spend more than a $US billion each in the current year.

Totals for 2015 from all the above sources – i.e. corporate and special interest PACs, super PACs, leadership PACs, the 30,000 Washington, D.C. lobbyists, the 501s and their “Limited Liability Company” middlemen who raise money from the super-wealthy but can legally keep their names unreported, from House and Senate and political party fund raising committees, and so on – were likely more than $5 billion, at minimum. But public records for 2015 totals won’t be released by the government until June 30, 2016

For the entire 2015-2016 election, the cumulative totals will no doubt range from $10 to $15 billion. But the actual totals will have to wait even longer, until June 30, 2017. But even then will reflect only what is officially reported, as more “dark money” flows into elections in increasingly opaque system that grows progressively “darker” as the mountains of election money provided by billionaires, corporations, and bankers grow ever higher.