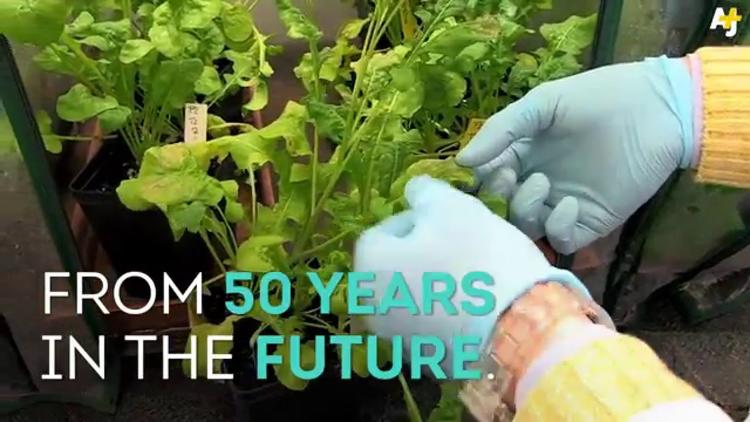 Climate change will kill more Italians and Greeks than Syrians in 2050, as soaring temperatures destroy crops and disrupt food supplies, new research published in medical journal The Lancet has found.

About 124 Greeks will die for every million of its population in 2050, making it the third worst hit country per capita globally behind China and Vietnam, according to the report published yesterday (3 March).

Other EU countries including the UK, France, Germany and Italy will also suffer greater death tolls both in numbers and per capita than Syria in 2050.

Poland, Spain, Portugal, the Netherlands, Belgium and Luxembourg also rank higher than the wartorn country, and other nations such as Libya and Congo.

The study, led by Dr Marco Springmann from the Oxford Martin Programme on the Future of Food at the University of Oxford, said that climate change will harm food supplies so drastically that half a million people will die worldwide in 2050 alone.

Nearly half of those deaths will happen in China (247,910), with 230 Chinese succumbing per million of the population.

The study is the first of its kind to assess the impact of climate change on diet composition and bodyweight, and to estimate the number of deaths they will cause in 155 countries in 2050.

“These all increase the incidence of non-communicable diseases such as heart disease, stroke, and cancer, as well as death from those diseases.”

Crops in the Mediterranean will be badly hit by climate change. But non-Mediterranean countries will also suffer because they import from those and other climate vulnerable nations.

Germany, France and the UK ranked highly in the number of deaths because of their larger populations, but, in per capita terms, are lower in the list of 155 countries.

While Greece is third, Italy seventh and Romania eighth on the per capital list, France is 56th, the UK is 68th, and Germany 83rd.

The study revealed that, unless action is taken to reduce global emissions, climate change could cut the projected improvement in food availability by about a third by 2050.

The findings predict that these changes could be responsible for around 529,000 extra deaths in 2050, compared to a future without climate change in which increases in food availability and consumption could have prevented 1.9 million deaths.

The study is the first of its kind to assess the impact of climate change on diet composition and body weight, and to estimate the number of deaths they will cause in 155 countries in 2050.

AJ+: “50 Years In The Future: What Climate Change Could Mean For Your Salad”