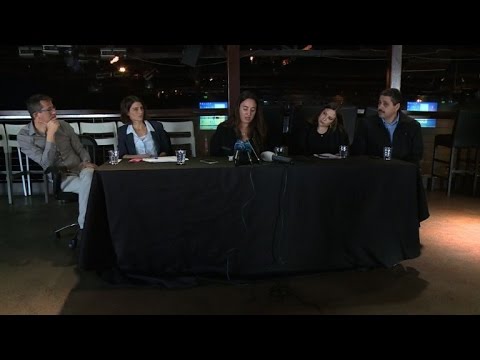 Adalah unpacks 10 Israeli laws and bills with provisions liable to harm Palestinians and those who defend Palestinian rights.

Adalah: the Legal Center for Arab Minority Rights in Israel released a summary of ten Israeli laws and bills that include “discriminatory and/or anti-democratic provisions that are liable to severely harm the human rights of Palestinian citizens of Israel and Palestinians living in the 1967 Occupied Palestinian Territory, as well as those who defend their rights.”

The ten laws fall into two categories: a) legislation developed in response to the Third Intifada, i.e. since September 2015 b) legislation that undermines or criminalizes human rights organizations and the BDS movement.

The first category is by far the largest; Adalah identifies eight new Israeli laws or bills that have been developed since September 2015 and function or can be expected to function to criminalize Palestinians and/or strip them of essential legal protections.

The first three laws Adalah analyzes reflect the Israeli government’s interest in severely punishing Palestinians convicted of a crime. First, Amendment 120 to the Israeli Penal Code imposes mandatory minimum prison sentences of two or four years on persons convicted of stone throwing or similar acts. According to Adalah, this law targets young Palestinians and dangerously undermines judges’ discretion in determining punishment. Second, is an amendment to the National Insurance Act, which allows Israeli authorities to withhold child welfare allowances from parents of minors convicted of a “security offence” – a charge almost solely leveled at Palestinian children. The third law, an amendment to the Youth Law, imposes fines on the parents of minors found to have offended the Israeli Penal Code. Adalah argues that the timing of this law (enacted on November 2nd, 2015) suggests that, in practice, it too will target Palestinian children and their families.

Adalah also points to worrying developments to the Israeli government’s “Stop and Frisk” Law. Whereas prior to its current articulation, the police could only stop and frisk passersby if, in Adalah’s words, “there was a reasonable suspicion that he or she was carrying a concealed weapon or other object intended for use in criminal activity,” now the police may search someone “in case of reasonable suspicion that he or she is about to commit a violent act.” Moreover, the law stipulates that if a district chief of police temporarily declares an area a “stop and frisk zone,” any person in the area can be stopped-and-frisked. This law was enacted recently, on February 7th, 2016.

Fifthly, Adalah points to Amendment No. 4 to the Criminal Procedure Law, which strips essential procedural safeguards from detainees suspected of committing “security offenses” by extending the permitted period of detention before “security suspects” are brought before a judge or meet with a lawyer. In specific cases, the law also allows for “security suspects” to be absent from some of their own legal hearings.

Adalah cites the “Suspension of MKs” Bill as another worrying development in the Israeli legal system. If approved, the bill would allow for a Member of Knesset (MK) to be ousted from the Knesset if a majority of 90 MKs deem an MK guilty of denying the existence of Israel as a Jewish and democratic state, incitement to racism, and/or support of an armed struggle against Israel. The bill was developed in direct response to Palestinian MKs in the Knesset.

Finally, Adalah identifies two bills that target human rights organizations and the BDS movement. First, the NGO “funding transparency bill” requires NGOs receiving more than 50% of their funding from foreign governments to indicate that they are funded by foreign governments in a number of situations, primarily when dealing with the Israeli government. It also levels heavy fines against such organizations for failing to do so. Lastly, is the anti-boycott bill will ban people, non-citizens and residents who call for a boycott of Israel or represent entities that advocate for a boycott from entering Israel or any of the occupied territories.

For an in-depth analysis of these laws and bills read Adalah’s full report.