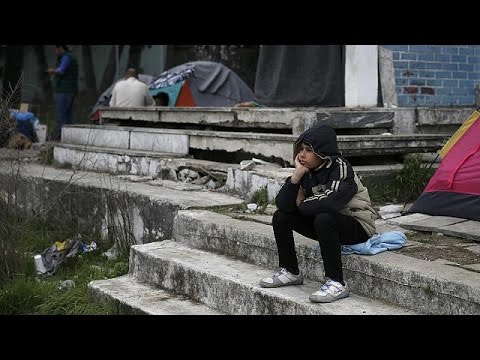 Palestinians are joining the Middle East exodus to Europe in greater numbers because of the Syrian war and ongoing Israeli occupation, a senior Palestinian official has said.

Saeb Erekat, the secretary general of the Palestine Liberation Organisation (PLO), told EU Observer, from Ramallah, that “thousands” had already left for Europe.

“What other options have they? We have people dying of starvation in al-Yarmouk refugee camp [in Syria], and thousands of Palestinians leaving Syria and Lebanon trying to reach Europe,” he said, according to the PNN.

“The UN has said that Gaza will be unfit for human habitation by 2020, but Israel’s siege of Gaza continues.”

The Israeli-occupied West Bank and Gaza are home to some 4.5 million Palestinians.

Frontex, the EU border control agency in Warsaw, said that just six Palestinians were intercepted trying to enter the EU via irregular crossings to Greece in January of last year, but that figure rose to 488 in August. It peaked at 1,747 in October, and stayed high (1,142) in January of this year, despite inclement weather.

The real number is likely to be much bigger because most Palestinians travel without ID papers, making them difficult to count.

It said that most of them were “Palestinian ‘refugees’ or persons of Palestinian origin who were previously long term residents of countries now affected by the Syrian conflict.

It additionally stated that these people have a 53 percent to 87 percent chance of success, depending on which EU state handles their claim.

The number of Palestinians on the move is likely to go up if the spate of knife and car-ramming attacks on Israelis that has been going on since last year escalates into a full-scale uprising.

Erekat blames the instability on the Israeli occupation.

“[Israeli] prime minister Benjamin Netanyahu and his extremist government have done everything possible to kill hope in the minds and hearts of Palestinians. What they see on a daily basis are more settlements, land grabbing, checkpoints, siege, military raids, settler attacks and systematic denial of their rights,” he said.

He said the Arab-Israeli conflict also contributes to instability in Syria, the main source of the EU refugee crisis.

“You can’t defeat Daesh (ISIL) without ending the Israeli occupation,” he said, using an Arabic name for Islamic State, a jihadist group which controls parts of Syria and Iraq.

“Lack of hope could lead people to commit desperate acts like joining Daesh. Though the numbers of Palestinians joining them are minimal, this is not a situation that can be taken for granted.”

The 60-year old Palestinian diplomat has served as the PLO’s chief negotiator in Arab-Israeli peace talks for most of the past 20 years.

He welcomed a French project to set a deadline for new peace talks after which France would recognise Palestine in its 1967 borders.

“Recognising Palestine is not going to end the occupation, but it’s a strong message to the Palestinian people in terms of support for their rights. European countries will be investing in peace,” he said.

He also welcomed an EU retail label code on settler food, wine, and cosmetics exports that was published last year. But he advocated tougher action.

“Effective actions against Israeli settlements are banning of settlement products, divestment and sanctions on companies profiting from the occupation,” he said.

The UN and the EU advocate a two-state solution to the conflict.

Erekat said: “I sincerely don’t see any other solution but a two-state solution for the welfare of both Israelis and Palestinians.”

But, he added: “I personally think that Israel doesn’t want a two-state solution. The Israeli government believes in … one state with two systems, which means apartheid.”

He said Israel’s impunity in the EU and US is part of the problem.

“Radicals that could not even get close to the Knesset [the Israeli parliament] 20 years ago are now part of the government coalition. But I also believe that this [Israeli policy] has a lot to do with pragmatism: Israel has the feeling that no matter what, they’ll never be held accountable,” he said.

He said the only “morally acceptable” alternative to two states is “one single, democratic state in all of historic Palestine”.

“If they don’t like the idea of two sovereign states living side by side, I call upon them to talk to us and let’s set the terms for a one-state solution. But they should not even dream that our people will accept anything short of … the right to self-determination, freedom,” Erekat said.

The one-state model would imperil Israel’s objective to be a “homeland of the Jews” in demographic terms.

Based on Erekat’s comments, EUobserver asked the Israeli mission to the EU if any models other than the two-state solution would be acceptable to Israel.

The mission asked for its statement to be published in full.

“In order to achieve this, Mr. Erekat and his colleagues should engage in direct negotiations and stop making excuses as to why they can’t come to the table. Prime minster Netanyahu has repeatedly stated his willingness to restart direct talks – be it in Jerusalem or Ramallah. All other personal beliefs should be challenged in the negotiation room.”