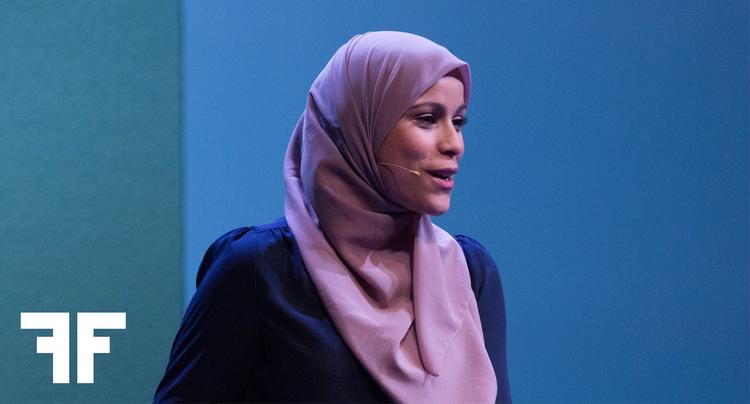 Steinem, a prominent activist, joined the 60th annual session of the UN Commission on the Status of Women (CSW) as part of Donor Direct Action, an NGO connecting women’s rights activists to donors.

Partnering with Karama, a non-governmental organisation (NGO) focused on violence against women in the Arab region, the two organisations highlighted the need to include women not only in politics, but also in peace processes in conflict nations.

“Women should not be in the corridor, but actually at the table,” Karama founder Hibaaq Osman told delegates.

According to the International Peace Institute (IPI), between 1992 and 2011, just 2 percent of chief mediators and 9 percent of negotiators in peace processes were women.

However, in conflict, women continue to bear the brunt of causalities, gender-based violence and livelihood insecurity.

Despite the unanimous UN adoption of Resolution 1325 calling for the increase in women’s representation in conflict management and resolution, little has been done to enforce and implement it.

No woman has ever been the chief or lead mediator in an UN-led peace negotiation.

In an effort to include more women, UN Special Envoy for Syria Staffan de Mistura established a Women’s Advisory Board, the first of its kind.

Though it is a monumental step towards women’s participation in peace talks, Mouna Ghanem, the founder of the Syrian Women’s Forum and member of the Women’s Advisory Board, stated that this is only the first step.

“We are aspiring to be the decision makers, and we have a long way to go,” she continued.

The ongoing Syrian negotiations, which are on their fifth day in Geneva, have invited two parties to the table: Assad’s government and the main opposition bloc High Negotiations Committee (HNC). Though the Women’s Advisory Board will express their concerns and provide recommendations to the delegations, it is unclear how much influence they will have.

She added that the two-party negotiating system will not bring the best interests of Syrians, especially women.

Sahar Ghanem, the head of Civil Society Organisations Affairs Unit in the Yemeni Prime Minister’s Office, painted an almost identical picture, noting that the Yemeni peace talks also did not include women. She disclosed that women were “sacrificed” from the talks in order to bring the two reluctant parties together to negotiate.

Instead, in October 2015, a coalition of Yemeni women met with the UN Special Envoy for Yemen Ismail Ould Cheikh Ahmed to consult on the political situation.

Director of the Libyan Women’s Platform for Peace Zahra’ Langhi noted that mediation must go beyond just the representation of women, adding that the UN-led mission failed to do this.

“They can bring some women in a segregated track and tick the box and say ‘we have women’, but women were not respectively engaged in the process,” she told IPS.

“The peace [the UN peace envoy] aim to achieve is fragile peace…it is a peace that does not engage local communities that women are the heart of,” she continued.

Langhi also asserted that in order to have sustainable peace, a ceasefire is insufficient, and they must tackle with the root causes of the conflict.

Among the causes are militarisation and the arms trade which, in Libya, has contributed to the systematic violence against civil society representatives, especially women.

Since the country’s revolution in 2011, there has been a wave of seemingly politically-motivated assassinations. In June 2014, prominent human rights lawyer and politician Salwa Bugaighis was shot to death in her home.

A month later, Fariha al-Barkawy was gunned down in broad daylight. In February 2015, civil society activist Intisar al-Hassairy was found dead in the trunk of her car.

“Because of the militarization and the assassination of these women, other women…decided not to be part of civil society anymore,” Langhi told IPS.

Echoing similar sentiments was Syrian Women’s Advisory Board representative Ghanem who said that the international community is simply giving Syrian refugees a “painkiller” without addressing why they are refugees in the first place.

The three women highlighted though it is important to have a 30 percent quota for women in politics, the inclusion of more women in peace talks must involve investing in local communities. This will lead to long-lasting “sustainable” peace, they remarked.

Research from the Philippines and Colombia has shown that including women and men in peace processes significantly increases the likelihood of reaching and sustaining an agreement.

Citing the case of Liberia, where a group of women began a nonviolent campaign for peace which effectively ended the Second Liberian Civil War in 2003, Steinem pointed to the power of women in matters of peace and security, stating: “Now if they could make such a difference outside the room and away from the peace table, imagine what women could do in the room and at the table if we were half of every group.”

Though a new administration has been established after more than a year of UN peace talks, violence persists in the country and the peace deal remains weak.

Similarly, the peace deal between the Yemeni government and Houthi rebels is on the verge of collapse as negotiations continue to stall.

Syrian peace talks also teeter following disputes with the HNC and the Kurdish party who plan to announce a federal system in the Northern Kurd-dominated region of the country.