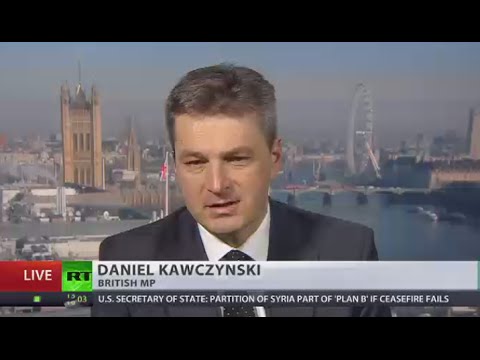 UNITED NATIONS (IPS) – As civil wars and cross-border military conflicts continue to escalate in the Middle East, Syria, Iraq and Libya are in danger of breaking up —even as the Islamic State in Iraq and Syria (ISIS) continues to make territorial gains in the volatile region.

US Secretary of State John Kerry has already warned that “it may be too late to keep Syria as a whole if we wait much longer.”

Currently there is a fragile “cessation of hostilities” by the warring factions in Syria in a civil war which began on 15 March 2011. But it is anybody’s guess as to how long the cease-fire is going to last.

Antonio Guterres, the former UN High Commissioner for Refugees and a candidate for the post of UN Secretary-General, has warned that if the protracted conflict in Syria does not end quickly, “it might be the end of Syria as the world knew it.”

The speculation is ultimately there may be two Syrias: a Sunni Syria and a Shia Syria. And the same was true for Iraq, Guterres told the Security Council last December.

The international community could not allow today’s sectarian divide to escalate to the level of the wars of religion that had flattened large parts of Europe in the sixteenth and seventeenth centuries. The lessons of history showed that peace could not wait, he declared.

In Iraq, the prediction is it may eventually break up into three nation states: a Sunni Iraq and a Shia Iraq (an Eastern and Western Syria) — and a separate Kurdistan, a homeland for millions of Kurds in Iraq and Turkey fighting a longstanding battle for a separate state of their own.

Libya, which has been destabilized since the fall of Muammar el Qaddafi in 2011, already has two centres of political power and rival governments in Tripoli and Tobruk

Vijay Prashad, George and Martha Kellner Chair of South Asian History and Professor of International Studies at Trinity College in Connectcut, told IPS the general argument is that these states – Syria, Iraq and Libya – have already been deeply damaged by regime change policies.

“Their integrity has (also) been greatly damaged. There is no need to partition Syria, for example, for it has already been fragmented by the war,” said Prashad, whose soon-to-be-released book is titled ‘The Death of the Nation and the Future of the Arab Revolution’ (University of California Press and LeftWord Books).

He pointed out the Syrian Center for Policy Research in Damascus has a report out which argues the economy that has been produced by the war has led to several Syrias, each one built now around the carapace of survival.

The creation of the enclave in northern Iraq in 1991 had already divided up Iraq, while the US occupation set the various factions into a sectarian matrix.

Libya barely exists as a country – with three governments, one in Tripoli, one in Tobruk/Bayda and an ISIS government in Sirte. These are each now building up their own apparatus of rule, said Prashad.

Addressing the Security Council last month, UN Secretary-General Ban Ki-moon said: “We must recognize that 2015 was one of the most troubled and turbulent years in recent history, with civil wars ravaging Syria and Yemen and violent extremism spreading.”

“There is a glaring disrespect and disregard for international humanitarian law,” said Eliasson.

Uncoordinated action and the pursuit of short-sighted national interests will only perpetuate instability. The peaceful solutions are in today’s world both in the national and international interest, he added.

In response to these conflicts, said Eliasson, the United Nations and its Member States launched major reviews in 2015 on the tools to respond to conflict, including on peace operations, peacebuilding and the World Humanitarian Summit.

RT from two weeks ago: “‘Partition of Syria is leap into unknown, could lead to further instability’ – British MP”