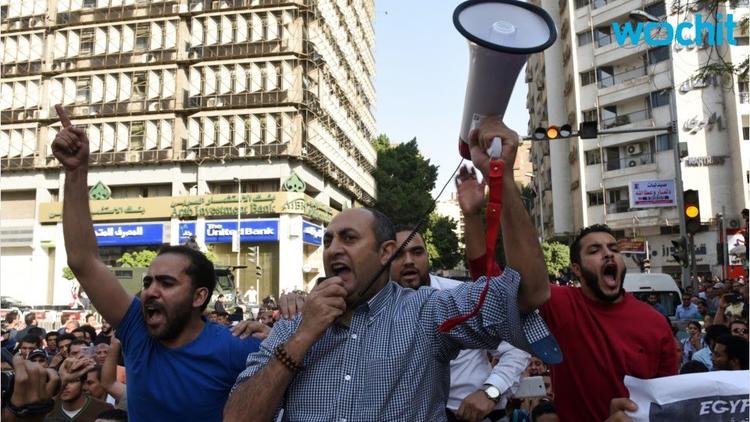 After his critical comments in an interview in The Atlantic last month, Barack Obama’s visit to Saudi Arabia is going to be awkward, as DPA rightly says. The president accused the Gulf states of always trying to push the US into war for the accomplishment of their purposes but then acting like free riders thereafter. (This comment likely refers to Libya, where Obama felt as though the Arab League and Western Europe just sloughed off after the US did the heavy lifting). He advised the Saudis and their close allies to get over themselves and come to a cold peace with Iran. He said his decision not to bomb Syria in fall of 2013 was a declaration of independence from Riyadh.

He has also blamed Saudi Arabia for spreading around its intolerant, Wahhabi version of Islam, a very minority version of the religion that is puritanical and dislikes outsiders. (Probably only 40% of Saudis are Wahhabis, hence maybe 9 million of the kingdom’s 22 million citizens. There aren’t really any Wahhabis elsewhere outside Qatar and Sharjah, though millions of people have become Salafis, i.e. Sunnis who come close to Wahhabism but don’t want to leave their Sunni traditions entirely. So there are 1.5 billion Muslims, and most of them are not Puritanical or xenophobic and most of them are fine with women driving and disapprove of the full face veil (a lot of Muslim women don’t cover their heads at all). But it should also be noted that there is no statistical relationship between Wahhabism and extremism (most Wahhabis are not extremists any more than most Shiites or Sunnis are).

Obama’s annoyance with Riyadh has some justification, given the muscular Wahhabism it has been flexing in recent years. Here are the top 5 policies Saudi Arabia should rethink if it wants a less turbulent neighborhood:

1. Saudi Arabia should wind down its air war on Yemen. It was launched to punish the Houthi rebels for taking over Sanaa, the capital. Houthis are Zaidi Shiites and have a feud with Wahhabi Saudi Arabia because they resent being proselytized by the latter. Some of the feud is also tribal. Saudi Arabia sees the Houthis as nothing more than Iranian puppets, but that is daft. They may have received minor amounts of Iranian aid. But they aren’t the Iranian kind of Shiites (they don’t have ayatollahs and they respect the Sunni caliphs). What is going on in Yemen has almost nothing to do with Iran. It is about the discontents of the tribes of Saadeh in the north at having been marginalized and having been subjected to a Wahhabi conversion campaign. The Houthis over reached in launching their rebellion, and they have thrown the country into turmoil and derailed the constitutional process. But they can’t be defeated from the air, and indiscriminate Saudi bombing is doing more harm than good. By the way, Saudi Arabia dragged the US into this struggle, with the US military helping choose bombing targets and offering logistical support.

2. Saudi Arabia should rethink its intervention in Syria. It is delivering medium weapons such as t.o.w. anti-tank weapons (courtesy the CIA) and maybe manpad anti-aircraft weapons to the most hard line Salafi groups in Syria aside from the al-Qaeda offshoots. A group like Jaysh al-Islam (Army of Islam) or Ahrar al-Sham (Freemen of Syria) can never hope to attract the allegiance of most Syrians (most are secular-minded and a good 40% belong to religious and ethnic minorities who would be massacred by the hard line Salafis.) Syria is too multi-cultural for the Saudi model to do more than cause enormous trouble there. Riyadh in the past has been pragmatic and willing to back secular liberals, and it should do that in Syria. Some of its Syrian allies, like the Freemen of Syria, are openly allied with al-Qaeda, which is not a good look for the kingdom. A Salafi Syria will just go on generating violence, given that the minorities would never accept it, nor would the majority of Sunnis. And now that Russia has so forcefully intervened, the hopes for a Salafi Syria have anyway receded to the realm of the almost impossible. All Saudi Arabia can do now play spoiler and keep the pot boiling to disrupt the pax Russica with ongoing mindless violence. The Freemen of Syria and the Army of Islam have broken the ceasefire repeatedly and the former has taken towns back from the regime during the cessation of hostilities in open alliance with al-Qaeda (the Nusra Front). Obama should read the Saudis the riot act over all this.

And why is he letting them give out the CIA-provided T.O.W. tank-killers? Isn’t it obvious that weaponry will go to the hard line Salafis?

3. Obama should encourage the Saudis to go further in the direction of rethinking their campaign to have the Muslim Brotherhood declared terrorists and destroyed. First, it is an impractical plan. Second, it has undone all the progress that was made after 2011 in reconciling the secular-minded with the fundamentalists, such that both were willing to contest elections together and serve in government together. Now, with Saudi encouragement, Egypt has cracked down hard on the Brotherhood, disenfranchising millions of Egyptians. Ironically, many of the small guerrilla bands the Saudis support in Syria have their origins in the Syrian Muslim Brotherhood.

4. Saudi Arabia needs to come into the 21st century and stop its frenetic rate of executions and its punishing of online dissent with life-crushing lashes. The Saudi government isn’t going to fall because some blogger has doubts about God. And if that is all it would take to cause the government to fall, then it deserves to.

5. Riyadh, as President Obama advised, needs to reconcile itself with the Iran deal made by the UN Security Council, and with Iran’s reemergence as a country with which the region and the world does business. King Abdullah used to have the Iranian politicians, even Mahmoud Ahmadinejad, over to Riyadh, and the two countries consulted one another frankly despite differences. King Salman and his crew seem to want a fight, whether proxy or direct. It is not a fight they will win, and negotiating with Iran would be a more successful strategy.

6. Saudi Arabia has to be more transparent about its government’s relationship to the Salafi Jihadis who pulled off 9/11. The Saudi government was not behind 9/11 or in the know about it. Saudi Arabia has enormous investments in US stocks and other financial instruments, and it was obvious that something like an attack on the World Trade Center would tank the stock market and wipe out the value of their holdings. Only transparency about any contacts the kingdom had with al-Qaeda (especially if those were innocuous) can lift the building cloud. President Obama will veto a congressional attempt to lift Saudi Arabia’s immunity from civil lawsuits by ordinary Americans. But the next president may not block a future such measure. In the Middle East you stay out of trouble by keeping your head down. In the US you are a sitting duck if you do keep your head down– it is loudness and activity that protects you politically.