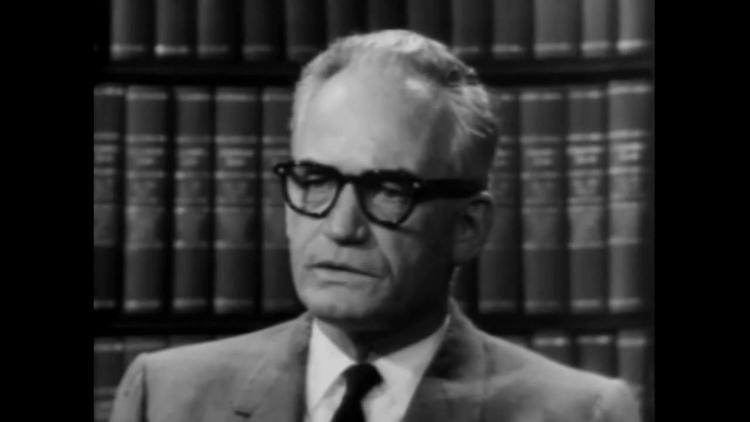 To compete on a national level the Republican right is creating a system of intersectional apartheid.

No matter what happens with Donald Trump’s bid for the presidency, the Republican Party has a bright future as a party of patriarchal white nationalism.

Its grip on white support in the South and much of the West is unassailable, but to compete on a national level the right is creating a system of intersectional apartheid. In this context, the recent spate of legislative attacks on LGBT rights and women’s health care is far more than a culture war sideshow. It’s an attempt to deny rights, deny public services, and in the case of transgender people, deny their right to exist.

At the same time, the right is appealing to heteronormative whiteness. That is more an ideal for families battered by global capitalism to strive toward than an actual possibility. Working-class whites are told the failure to have an economically stable male-centered household is the fault of Mexicans, Muslims, liberals, gays, and feminists, and not Wall Street and the one percent. The strategy responds to the chaos unleashed by capitalism by posing the past as the solution to all national problems. It is the essence of Trump’s “Make America Great Again,” a revival rather than a new chapter.

The growing parade of group hatred points to the right’s long-term project. Republicans have been anti-worker since the late 19th century. With Barry Goldwater’s opposition to the 1964 Civil Rights Act, they embraced a rejection of social progress as a defining strategy as well. Over time, the right’s targets expanded from demonizing Blacks, as with Richard Nixon’s Southern Strategy and Ronald Reagan’s Welfare Queen, to George W. Bush’s religious-motivated bigotry against women and the LGBT community to the trend today of scapegoating Muslims and Hispanics.

The Republican strategy worked until the early 90s. As America browned and Democrats swung to the right, that party secured a lock on the oval office, winning the popular vote in five of the last six contests. Voter turnout data from the last 10 presidential elections reveals the shifts. Foremost, the non-white share of voters has doubled since 1992. While African-Americans have been solidly Democratic for decades, Republicans received about 14 percent of the Black vote in the 1970s. Today, it’s a paltry 6 percent. As Hispanic and Asian communities grew rapidly, they fled the GOP with both groups voting nearly three-to-one for Obama’s re-election. The growing gender gap favoring Democrats, 11 percent last time, will become a chasm if Trump is the nominee. In one poll, unmarried women favor Clinton over Trump by a staggering 52 points.

Whites still accounted for 72 percent of voters in 2012, meaning Republicans can compete for the presidency, even if it’s an uphill climb. Mitt Romney tallied 47 percent of the vote with whites comprising 90 percent of his support. Trump’s lead for the Republican nomination is slipping away not because he relies overwhelmingly on white votes—all Republicans do—but because his vulgar and mercurial character has alienated so many voters.

As Democrats break new ground with the image, though not substance, of its presidential nominees, the right’s unrelenting obstructionism makes sense. The Republicans’ refusal to consider a Supreme Court nominee has not cost the party despite the unprecedented tactic of blocking a new justice for a president with almost a year left in office. But the intransigence also means Republicans must veer ever more to the right to distinguish themselves from Democrats.

The Republicans’ descent into fanaticism means their likeliest nominees, Trump and Ted Cruz, are the most despised—even within the party. If Trump is nominated, the party royalty will leave him to whither on the vine in the general election. If Cruz snatches the crown, Trump is likely to stalk off with many supporters. In either case the Republicans will emerge bloodied from the convention in July rather than united.

The right’s fallback plan is to consolidate power at the state and congressional level as a bulwark against the presidency and now the courts if a Democrat picks the Supreme Court nominee. After Republicans gained control of Congress in 1994, the hard right drove the political agenda under Bill Clinton. When Obama swept into power in 2008 with a congressional supermajority, the right resorted to obstructionism once more. They midwifed the Tea Party and flipped the House of Representatives and 22 state legislatures the GOP’s way in 2010. That allowed Republicans to entrench power in state legislatures and Congress through redistricting. Then in 2014 they nabbed a majority of the U.S. Senate and reached 31 governorships.

Add to this a political system that favors regressive forces beholden to the wealthy. The U.S. Senate tilts heavily toward states with small populations. Six senators from Texas, California, and New York represent as many people as 62 other U.S. senators. The same phenomenon operates at the state level. Typically, state populations are concentrated in a relatively few counties. All but one state has a senate, which are often dominated by sparsely populated counties reliant on one employer or extractive industries like mining, energy, logging or farming. This creates a bias toward reactionary, pro-corporate politicians. It’s why  Republicans control nearly three times as many state legislatures as Democrats.

Where Republicans rule unchallenged, as they do in 22 states, there are few barriers to extremism. Mississippi’s anti-LGBT ordinance puts the beliefs of “religious zealots” above the law. North Carolina’s LGBT law is a Trojan Horse, sneaking in language eliminating the right to sue in state courts for discrimination and banning municipal increases in the minimum wage. The blizzard of anti-abortion laws combined with efforts to undermine public services and wage gains trap many women in dead-end circumstances and abusive relationships. These states often have pre-emption laws that prevent big cities from raising wages or protecting renters on their own. (Pre-emption laws exist in true blue states such as Oregon and New York, but both recently passed significant minimum-wage increases.)

The outcome is a class-based apartheid that intersects with social identity. The stunning finding that the life expectancy of middle-aged working-class whites is declining is an indictment of 40 years of neoliberal economics. Some right-wingers were quick to blame the victim. National Review spun a narrative of the “white working class’s dysfunction.” It echoed Daniel Moynihan’s 1965 report that blamed the “pathology” of Black family structures for the impoverished state of Black America. The difference is working-class whites are now being treated as disposable as well.

For the right, to bind white workers to the Republican Party even as the working class as a whole is being beaten down, it’s logical to double-down on decades of bigotry. Attacking Muslims, Mexicans, gays, and feminists creates an image of male-centered whiteness under siege from nefarious forces. Undermining working-class solidarity and consciousness makes it harder to organize against the ruling class. It is a dicey strategy given how Trump harnessed popular anger against the establishment. But Republicans have few other options. Any attempt to appeal to groups they’ve abused for decades would be laughed at. Their fusion with scorched-earth capitalism leaves little space for social welfare for whites, which Trump flirted with. Neoliberal policies are ideologically exhausted, and Democrats have proved better managers of capitalist globalization than the right. Culture wars alone don’t work at a national level as America diversifies.

But pushing targeted groups to the social margins combined with erecting barriers to vote can work for Republicans. Denying undocumented immigrants citizenship, stripping millions of formerly incarcerated Blacks of the right to vote, instituting ID requirements that reduce voting among the poor, and making daily life hard to navigate for the working poor, women and sexual minorities all suppress left-leaning voting blocs.

This differs from the Jim Crow era. Segregation today occurs through policies and technology shaping market forces and outcomes, rather than overt legal structures. Class-based discrimination is becoming more prevalent along with race. And it’s creating regional divides. Coastal states account for most U.S. economic activity, are generally more socially liberal and have modestly better policies and programs for workers and the poor. Republican-controlled sections of the country will continue to defund public education and attack workers to keep them poorly educated, insecure, and anxiety, and then use group antagonism as a focal point of white rage.

The right’s strategy could not succeed without Democrats doing much of the heavy lifting: passing free-trade deals, punishing unions, trimming rather than expanding social welfare, and protecting the one percent and breathtaking corporate criminality. It’s a grim future, but it’s one that’s increasingly likely unless well-organized mass movements can popularize a vision of a just and egalitarian society rather than one based on inequality and hate.

Arun Gupta is a co-founder of The Indypendent and the Occupied Wall Street Journal.

Press TV from 2 weeks ago: ” Protesters slam Trump for racist comments in Wisconsin”