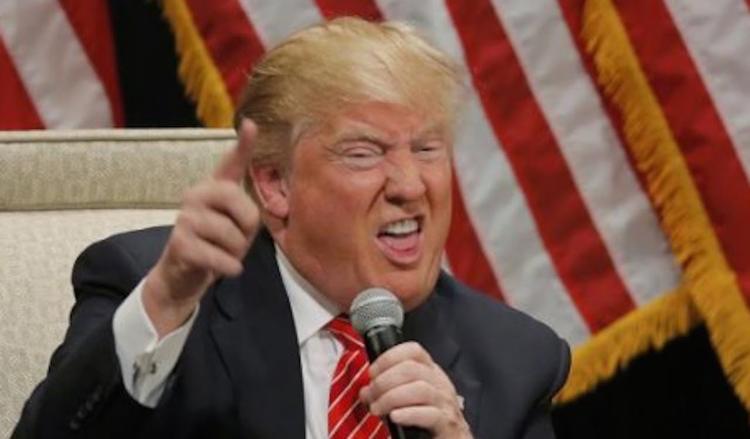 In the wake of the Belgium terrorist attacks, Republican presidential front-runner Donald Trump has double-downed on his position in favor of torture.

In a recent telephone interview with CNN’s Wolf Blitzer, Trump argued “we have to change our law on the waterboarding thing,” that he would “go further” than waterboarding and that the primary suspect in last year’s terrorist attack in Paris would “talk faster with the torture.”

Trump concludes that our respect for the rule of law places us at an unfair advantage in our shared struggle against violent extremism.

“We have to change our laws and we have to be able to fight at least on almost equal basis. We have laws that we have to obey in terms of torture. They have no laws whatsoever that they have to obey,” Trump explained during his CNN interview.

In fact, international human rights law – which emerged in WWII’s aftermath – prohibits torture absolutely even in a national emergency, like in France or even Egypt (where a state of emergency has lasted over two decades).

Since 9/11, there’s been wide ranging debate around torture particularly in the context of counter-terrorism techniques. Some, like Trump, have argued that torture is necessary to get evidence that helps protect us from criminals who would do us harm.

But, does torture actually work?

Several years ago, the U.S. Senate Intelligence Committee, responsible for overseeing our federal intelligence community, began investigating the CIA’s use of “enhanced interrogation techniques” – like waterboarding – as a counter-terrorism strategy.

After evidence emerged that the CIA destroyed recordings of post 9/11 detainee interrogations, the bipartisan group looked at the CIA’s use of torture on detainees from 2001 to 2006. Its findings, completed in 2012, were publicly released in 2014.

* Did not facilitate detainee cooperation

* Did not thwart terrorist plots

Regarding waterboarding, as championed by Trump, the committee’s report described how it “induc[ed] convulsions and vomiting,” with one detainee becoming “completely unresponsive, with bubbles rising through his open, full mouth,’ while another suffered a “series of near drownings.”

In other words, while it resulted in physical harm it didn’t give us accurate information.

CIA agents threatened detainees that they would be leaving in a “coffin-shaped box,” and that they could never go to court because “we can never let the world know what I have done to you.”

Again, according to the Senate Committee, these threats gave us no reliable intelligence.

So, what actually works?

The Committee found CIA agents obtained the most accurate information when they confronted detainees with intelligence they had already secured.

Trump sets up a moral equation between us and terrorists to argue for torture. But, by doing so, we give up our international standing and credibility as global leaders on human rights.

And, that’s no way to make America great again.

The Young Turks: “Trump And Cruz Call For More Torture And Bombs After Brussels”