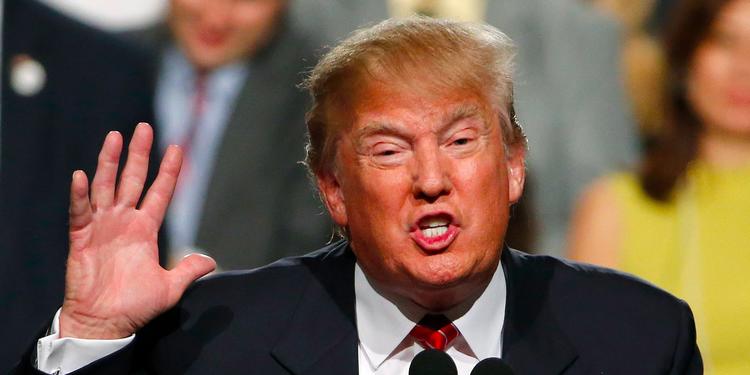 The entire premise of an industry, like the U.S. media, is based on exploitation and political corruption at the cost of Black and brown folks.

I think as a Latina, who has always struggled to find representation through what I watch on television and what is available on popular radio stations, and even who is writing in these big magazines, even those tailored for Latinxs, I am finally done looking and am going to start demanding. Because what has happened in this period of time when people have been saying that Latinxs in the U.S. media need to be portrayed differently: Trump and Trump supporters.

Latinxs in media, specifically Latinas, have been manipulated and exploited for political gain since television was invented. In the 1930s, the U.S. began to realize that our countries had a lot of natural resources, and they used the bodies of various Latinas in media to present the U.S. public with a conquerable/desirable idea of who we were to exploit our lands and our people. LATINAS IN MEDIA WERE ALWAYS A MEANS OR A TOOL FOR EXPLOITING OUR PEOPLE!

President Franklin Roosevelt enlisted . . . “the South American girls,” which included the likes of Dolores del Río, Maria Móntez, Lupe Vélez, and Carmen Miranda to seduce America into our countries, into exporting our bananas, coffees, chocolate, etc. Latinas were never on television to make a statement, to liberate nations, to make a change – NO. Latinas were always intended for consumption. We were marketed from day one.

Before Trump, the wall came up and nobody cared that migrants were essentially funneled through treacherous deserts to be murdered by the heat.

The entire premise of an industry, like the U.S. media, is based on exploitation and political corruption at the cost of Black and brown folks. These money-making industries will want to do just that, keep making money and if that means exploited the bodies of Latinas to further exploit the bodies of many other citizens in Central America, South America, and the Caribbean than that is exactly what they will keep doing. We applaud when Saturday Night Live mocks Trump supporters, but then they are the ones who also had Trump host their show. Money-making industries, like the U.S. corporate Media, will not save us. We see that, we have been seeing that, and if our history as Latinxs does not already convince us of that than I do not know what will.

Why is Trump’s border wall something that so many U.S. citizens seem to not give a fuck about? Before Trump, the wall came up and nobody cared that migrants were essentially funneled through treacherous deserts to be murdered by the heat. Nobody cares because the U.S. media has made us sexy and conquerable, but definitely not people with humanities and families and worthy of being defended against unjust laws and cruel politicians.

I demand that more Republicans de-register as Republicans, as many have been doing since the announcement came through, because your party is now officially backing racism and bigotry. I demand that the U.S. media actually give a fuck, because we can see right through your bullshit. I demand that you take responsibility for the state of this nation because you have allowed the exploitation of Black and brown bodies to result in today’s political landscape. I demand we stop watching the bullshit we are being fed on television, maybe if we hit them where it hurts: their pockets, they might listen. I demand that Latinxs rise up.

Maybe all this makes me an idealist, but what is our other option right now?

Prisca Dorcas Mojica Rodriguez is a chonga Mujerista from Managua, Nicaragua currently living in Miami, FL. She recently graduated with her Masters from Vanderbilt University, and is looking to take some much needed time off from the academy to refresh. She is also the founder of Latina Rebels. Currently she is a writer at Philadelphia Printworks, freelance writer for Vivala, and a columnist/editor at Chica Magazine.