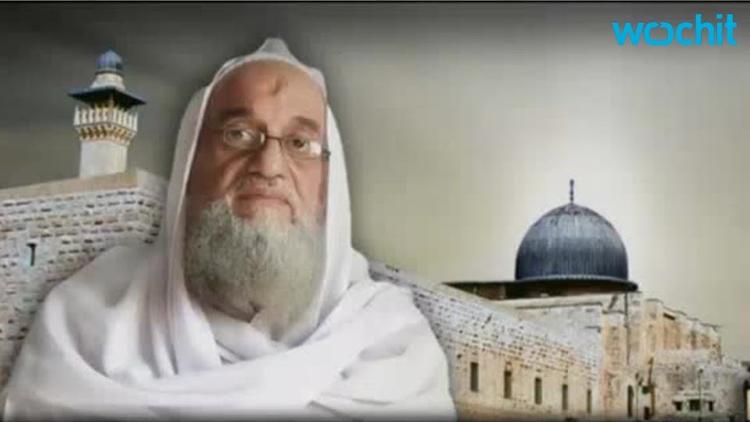 When the self-proclaimed Islamic State declared the establishment of a global Muslim “caliphate” in 2014, the move accelerated a race for legitimacy within the international jihadist movement. IS’s rival Al-Qaeda — which had long held out a righteous Islamic state as a far-off ideal, not something that could be realized in June 2014 in the Syrian desert — faced new pressure to deliver on jihadist aspirations and shore up its own credibility.

Yet, unlike IS, Al-Qaeda could not do it alone. IS has imposed jihadist unity at the point of a sword, crushing its militant rivals and monopolizing control within its “caliphate’s” borders. In contrast, Al-Qaeda and its affiliates, like Syria’s Al-Nusra Front, have attempted to manage a complex set of relationships with local factions and, wherever possible, rally them behind Al-Qaeda’s leadership.

This was the impetus for Al-Qaeda chief Ayman al-Zawahri’s May 8 audio message called Hasten To Syria, in which he urged Syria’s “mujahedin” (holy warriors) to unify, calling it “a matter of life and death.”

While Zawahri used the recording to speak to various constituencies, his primary audience seems not to have been the Al-Nusra Front or the Salafi-jihadist hardcore. Rather, Zawahri was apparently addressing Syria’s other Islamist rebels — chiefly opposition faction and Islamist movement Ahrar al-Sham — groups which have rejected IS but which have been wary of Al-Nusra Front’s affiliation with Al-Qaeda.

Syria, Zawahri made clear, is now the center of the jihadist world.

“Syria today is the hope of the Muslim nation,” he said, “because it is the lone popular revolution of the Arab Spring revolutions that has adopted the correct path.”

Syria’s fighters are on their way to erecting a righteous Islamic state — not IS’s tyrannical, false “caliphate,” he suggested. But he warned against the conspiracies of what he termed Crusader enemies and their Arab puppets.

Zawahri did deliver at least one message aimed at the jihadist base, affirming that the IS’s members are “Khawarij,” a historical Muslim sect of hyper-extremist deviants. Labeling the Islamic State group as such has been controversial within Salafi-jihadism — theorist Abu Muhammad al-Maqdisi has resisted it — in part because it requires jihadists to act on the Prophet Muhammad’s prescription for dealing with the Khawarij: “qatl Ad,” or total extermination. Zawahri has now come down firmly on one side of this intra-jihadist debate.

But much of the rest of the recording was implicitly directed at Syrian rebels outside the narrow circle of Salafi-jihadism, whom Zawahri attempted to reassure about Al-Qaeda’s intentions. Zawahri emphasized that Al-Nusra Front and Al-Qaeda are not interested in monopolizing power in Syria but rather in championing God’s law and an Islamic state chosen by Syria’s people. “We are not — by the grace of God — seekers of power, but rather seekers of the rule of God’s law,” said Zawahri. “We do not want to rule Muslims; rather, we want to be ruled, as Muslims, by Islam.”

And if it were necessary to establish this righteous Islamic government, Zawahri said, then “organizational membership (i.e., Al-Nusra Front’s Al-Qaeda affiliation) would never — God permitting — be an obstacle to these great aspirations.”

Some in the media thought this meant Zawahri was giving Al-Nusra Front the green light to cut ties with Al-Qaeda. But, in fact, Zawahri was laying out a trade: The dissolution of Al-Nusra Front’s Al-Qaeda affiliation is conditional on the erection of an Islamic government that meets Al-Qaeda’s purist standards.

This was no real concession, but rather an endorsement of Al-Nusra Front’s existing stipulations for breaking its Al-Qaeda link. In fact, Zawahri’s arguments were entirely in line with those of Al-Nusra Front and its chief, Abu Muhammad al-Jolani, who made the same point in an interview with Al-Jazeera in June 2015:

“We’ve said to all the [rebel] factions: When we really come together and create an Islamic government — and these are not my words, these are the words of Dr. Ayman [al-Zawahri] himself — he said that when Syria has a righteous Islamic government approved by the consensus of its factions, when it is governed by consultation, when the law of Greatest God is the authority, then we will be the first soldiers of this righteous government.”

Short of this condition, Al-Nusra Front has refused to break with Al-Qaeda. That is what apparently scuttled rebel merger talks in January, when Ahrar al-Sham’s insistence on breaking the Al-Qaeda ties and Nusra’s refusal brought negotiations to an impasse.

With that in mind, Zawahri’s discussion of an Islamic government seemed mostly theoretical. He was speaking broadly about the mujahedin’s ultimate aim in Syria, not issuing an urgent call for the creation of an Islamic emirate.

Zawahri did not say this explicitly, but there are a number of obstacles to the declaration of an Islamic emirate in the near term, including rebels’ current preoccupation with a defensive battle against the Syrian government and its allies. But — more pertinent in this case — an emirate also requires the consensus endorsement of Ahl al-Shoukeh (the People of Influence), including Syria’s most important rebel factions. So long as Ahrar al-Sham and others continue to object to Al-Nusra Front’s Al-Qaeda link and refuse to jointly declare a jihadist emirate (and thus become international pariahs), then an emirate is off the table.

In the meantime, Zawahri seemed unperturbed by the controversy over Al-Nusra Front’s Al-Qaeda link, which he dismissed as the product of foreign dictates, “an attempt,” he said, “to distract the mujahid Muslim community in Syria from its real enemies.”

Just as Al-Nusra Front’s leader Jolani did in his June 2015 interview, Zawahri questioned what good it would do if the group somehow split from Al-Qaeda. Would that be enough, Zawahri asked rhetorically, or would these “Crusader criminals” extract a series of more and more humiliating concessions from its members before ultimately tossing its members in prison, as happened with the Islamic Salvation Front (FIS) in Algeria and the Muslim Brotherhood in Egypt.

Geneva talks, truces — all of these are conspiracies, Zawahri said. And he warned rebels who have been partnering with regional patrons and tentatively engaging in the political process not to listen to “the whispers of these subservient, puppet, apostate governments.”

Zawahri instead called on rebels to emulate the Taliban’s Mullah Omar, who famously sacrificed his emirate rather than surrender Osama bin Laden to the West. According to Zawahri, this steadfastness is what defeated the “Crusader” military apparatus, first in Afghanistan and then in Iraq.

And therein lies the tragedy when Al-Qaeda has adopted your cause: Al-Qaeda operates in a frame of reference in which Syria has been the lone success story of the Arab Spring, not an insane bloodbath; in which Afghanistan and Iraq were victories, not permanently destroyed countries and societies.

Now, Zawahri said, Al-Qaeda has wed its fortunes to that of the Syrian revolution.

And while he may ultimately aspire to an Islamic state — not more butchery and death — he and Al-Qaeda are clearly ready to pay a terrible human cost along the way.

Sam Heller is a Beirut-based freelance writer whose work has been published by VICE News, The Daily Beast, World Politics Review, War on the Rocks, IHS Jane’s, and elsewhere. Follow Sam on Twitter at @abujamajem