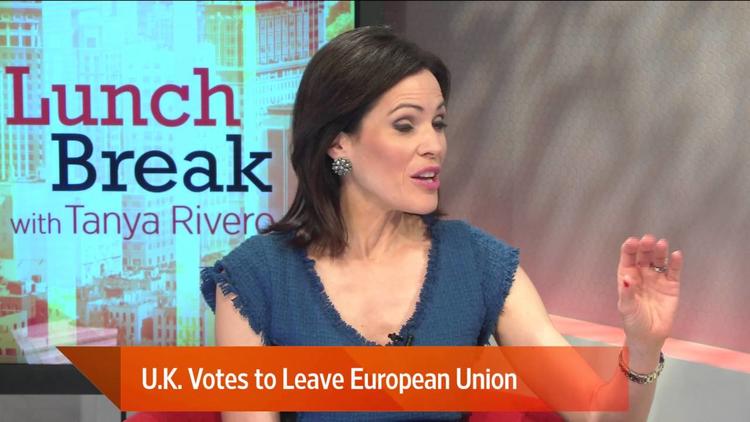 Despite reassurances that we shouldn’t listen to the experts, the financial markets have gone and behaved almost exactly as the experts predicted. Following the news that the UK will be leaving the EU, the pound has dropped to a level not seen since 1985. The FSTE has had the biggest one day drop ever.

On top of this, the yields of UK government bonds has hit an all time low. The price of commodities such as oil dropped 6% on the Brexit vote. House builders have been particularly hard hit, suggesting massive declines in the property sector. Alternatives assets like gold and bitcoin have rallied as people look for safe places to stash their money.

This very British crisis has quickly cascaded across national borders. The German share market fell 10% and the French market fell 8%. Outside of Europe there have been big falls on Japanese and Australian share markets too. Futures suggest that the American S&P 500 and the Nasdaq indexes will both open down 5% as well.

So what started out as a vote by some angry people in England has rapidly become a global economic event. It has spread across continents and asset classes. It has unleashed a kind of contagion which was last seen during the financial crisis of 2008.

This contagion happens as falls in one asset class start to make another look more vulnerable. For instance as shares in banks go down, other funds which hold shares in these banks are likely to look increasingly shaky. Given the complex web of interlocking assets in the global financial system, it is often difficult to say when the contagion might stop. It could mean that assets which are not fundamentally affected by Brexit take a price hit – at least in the short term.

Another common dynamic which kicks off when there are large scale and complex economic events such as Brexit is herd-like behaviour. The surprise of the referendum outcome led to usual assumptions being thrown out the window. In these situations traders increasingly look to each other for a sense of what an asset is actually worth.

As a result, they can start to ignore the fundamentals and start to follow what the crowd is doing. Social proof is relied on by traders, rather than actual proof. In some cases this leads to the creation of asset bubbles. In other cases, like Brexit, it can create negative feedback loops which lead to massive falls in assets.

As falls in markets around the world pick up steam, they could easily start to connect up with wider global economic issues which have been simmering away in the background. These include the slow burning debt crisis in China, problems with the Brazilian economy in recent months, or over-inflated housing markets in some parts of the world. And, given that most trading strategies today are automated, there could be some nasty and unpredictable surprises hiding deep within a company’s algorithms.

When economic news sours, investors tend to start being more vigilant. They look more closely at their portfolios and are more likely to dispose of assets which they are a bit concerned with. As a result they get rid of good assets in an attempt to put their mind at rest. This can then create falls in asset prices.

Central banks usually have the ability to step in to calm things down – mainly by lowering interest rates to encourage additional economic activity. The problem is that with interest rates at close to zero, central bankers don’t have a lot of room for manoeuvre. This only leaves the option of quantitative easing – a solution that can simply kick the can down the road. It is uncertain whether slick communication from central bankers – as the Bank of England governor Mark Carney was swift to do on the heels of Brexit – is enough at moments like this.

Contagion, herding and misplaced vigilance are only likely to create more uncertainty about when financial markets will settle. It may be some time before we actually know how they will settle down after their Brexit shock. After all, we have no idea what Brexit will actually look like and it will likely be two years before we do.

In the meantime, HSBC predicts the pound will continue to fall to as low as US$1.20 by the end of the year. And market volatility is likely to continue for some time as the news triggers off all sorts of contagion, via the complex networks that financial markets run on.