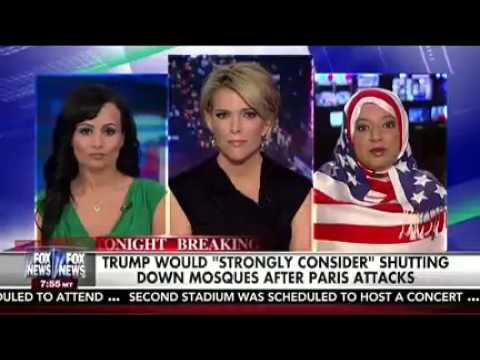 Ramadan, a month of intense prayer and fasting, has been especially trying for American Muslims this summer: Other than the heat, the small community has been grappling with the aftermath of the massacre in Orlando and the presumptive Republican Party candidate Donald Trump’s call to ban all Muslims from entering the United States, not to mention multiple Islamic State attacks on the eve of Eid al-Fitr, the otherwise joyous celebration of the end of the month.

In the cacophony American Muslims have tried desperately to have their voice heard, even as they scrambled to find it themselves. But is there only one American Muslim voice?

For a group that makes up perhaps only one percent of the country’s population and hails from every corner of the Earth, American Muslims are equally burdened and blessed in their complexity.

As a professor of Islamic studies, I have had the privilege to explore the diverse histories of both America’s Muslim children, born raised and converted here, and those who have arrived in waves over many generations. Outside of Mecca itself, there exists no other Muslim population that displays the theological, ideological, class and ethnic diversity as that which resides here.

However, often outside observers, much to their loss, are left to see only two shades of this otherwise fascinating spectrum: either the terror-hating Muslims struggling to just be seen as humans and as neighbors or their brutally caricatured representation as monsters on television, bus ads and almost everywhere else.

To be able to see more than this false binary, a few years ago I charted something of a roadmap to American Muslim communities – a guide to the ideas, practices and institutions that almost any community insider knows reflexively, but may remain cloudy to those peering in.

So, what are the religious and political leanings of America’s different Muslim communities?

First and foremost, like any religious community, Muslims in America anchor themselves in tradition. By this I don’t mean “old ways” or “culture,” but rather the habits and patterns of their piety and devotion.

Nearly 30 years ago, the astute anthropologist Talal Asad called Islam a discursive tradition: a set of practices, discussions and teachings that instruct Muslims to be Islamic.

Such traditions, he said, could be taught both by an “untutored parent” or by a religiously trained Islamic teacher (shaykh or imam).

What this means is that beyond the veneer of sectarian affiliation, race, age or even class, Muslims can be found with different theological stripes – sometimes coherently bound by scripture, but more often not – just like their fellow worshipers in churches and synagogues across the country.

Many ways of being Muslim

So how can outsiders better navigate the American Muslim community?

The first and most likely form to be encountered is what I call the “Abrahamic American Islamic tradition.” At the heart of this interpretation of Islam rests the belief that the very goals of the Islamic way of life coincide seamlessly with the lofty ambitions of American democracy. That is, from freedom of religion and human rights to democratic participation and social welfare programs, American and Islamic ideals are born of a common spirit.

Take, for example, Imam Feisal Abdur Rauf, who fielded controversy for his plans to build Park 51, an Islamic community center, two blocks from Ground Zero, to promote interfaith dialogue and provide Manhattan area worshipers with a comfortable place of prayer. Imam Rauf has championed this line of thought for decades, following in the footsteps of his father, who pioneered interfaith dialogue in New York City over 50 years ago.

This theological interpretation also has deep inroads in the African-American Muslim community. Consider the case of the late Warith Deen Muhammad, who transformed the Nation of Islam from a black separatist organization into a globally networked community of civil society leaders and social entrepreneurs from 1975 to the time of his passing in 2008.

At a time when most American Muslim organizations in the United States were wary of participating in American civil life, Imam Muhammad ordered the American flag to be placed on the front of his community’s newspaper and even supported the American liberation of Kuwait.

Leading Muslim organizations such as the Islamic Society of North America, the Institute of Social Policy and Understanding and the Council on American Islamic Relations uphold similar values.

Another way of being

There are others, however, who believe American ideals of social justice and equality have rarely if ever materialized and that its citizens and institutions would be bettered by Islam.

In this line of thinking, theologies of practical liberation and political reformation are developed to advance both the spiritual and material life of practitioners. Captured by the Nation of Islam’s mantra “do for self,” Muslims of this brand hope to rectify the “moral” and “social” failings of the American project by introducing Islamic forms of social organization. They aspire for individual transformation and extend it to the family and community.

More recent examples include that of Imam Zaid Shakir. Raised in housing projects between Atlanta and Connecticut, he can now be found on panel discussions with American academic and social activist Cornel West as well as at Occupy Wall Street rallies demanding that American structural and historical inequalities be rectified. His interview with broadcast journalist Bill Moyers offers a robust glimpse into this rich American Muslim tradition.

In addition, I must add the name of Imam Talib Abdur Rashid, currently the helmsman of the mosque founded by Malcolm X. He champions the icon’s fearless quest to join hands with other oppressed groups, so as to fight institutional discrimination and structural inequality.

It is Imam Rashid, for example, who is at the center of challenging the New York Police Department’s unlawful surveillance of American Muslim communities.

There are, of course, the more insular Muslim communities that rarely rise to the surface of national attention but likely constitute the overwhelming bulk of American Muslim practices and institutions.

These subcultures are rooted in global religious traditions. Theirs are small mosques that more often resemble community centers and their languages are Bosnian, Turkish, Bangladeshi and so on.

Then there are other, more established communities that draw a wide and diverse base of congregants, both immigrant and African-American. These follow the rich transnational theological traditions of the Islamic world, such as the Deobandi school of South Asia and its cousin, the Wahhabi /Salafi reformism, born in Saudi Arabia and spread quickly across the globe in a short century or two.

Pious, conservative and devout, these groups place their relationship with God prior to the pragmatic demands of American civic engagement.

Likewise, one will find similarities with other orthodox legal and spiritual traditions: mindful mystics reminiscent of Roman Catholic monks, or discerning textual jurists who in another dimension might have found themselves in a Jewish Yeshiva in rabbinical training.

The differences in these communities would be similar to those between Catholics and Orthodox churches – recognizable only to insiders and ultimately inconsequential, I believe in the grand scheme of things.

‘Map is not territory’

On the bright fringes of the map above one is likely to encounter the “reformist reconstructionists.” They seek to secure a firm break with the Islamic traditions of centuries past and lands afar.

These are progressives, radicals, who hope to take sovereign ownership of the theological direction of the American Muslim community.

They are developing interpretations of Islamic law, for example, that not only tolerate but lovingly accept queer and gay Muslims or allow for unconventional practices of women’s religious leadership.

Likewise, the so-called “unmosqued” millennials – a younger generation of Muslims who prefer nonprofits and social startups to mosques and minarets. You will find them in Silicon Valley, Syrian refugee camps and at the same time on Snapchat.

Just as the great scholar of religion J.Z. Smith of Chicago taught a generation of students that “map is not territory,” so too should we be sure that this outline of America’s varied Muslim communities can be checked only against lived experience. In other words, the groups and streams I’ve charted out are not meant to be mutually exclusive or even comprehensive; they simply serve as a rudimentary guide.

American Muslims are a fluid, dynamic and ever-changing body of believers. Like Jewish communities in mid 20th-century America, they are undergoing a process of institutional and theological transformation and settlement. Those bent on stifling this dynamism by taking only black and white Polaroid snapshots rob their audiences and themselves of a much more colorful mosaic.

To be sure it will take some time – unfortunately much longer than the presidential elections this fall – but, I believe, the complexity of American Muslim experiences will eventually blend seamlessly into that unique fabric that constitutes America’s chaotic, but somehow calming, civic life.