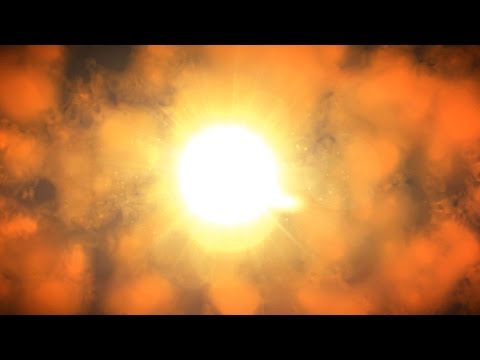 “I’ve never seen Celsius temps like these on a weather map before,” climate scientist Michael Mann said on Twitter.

Thermometers in Kuwait and Iraq reached record-shattering temperatures this week, with Weather Underground reporting that the measurements could be the hottest ever seen in the Eastern Hemisphere.

According to Weather Underground‘s Jeff Masters, the temperature in Mitribah, Kuwait climbed to an “astonishing” 54°C (129.2°F) on Thursday. And on Friday, Basrah, Iraq International Airport reported a high temperature of 53.9°C (129°F).

“I’ve never seen Celsius temps like these on a weather map before,” climate scientist Michael Mann said on Twitter.

The Washington Post notes, “It’s also possible that these 129.2-degree readings match the hottest ever reliably measured anywhere in the world.”

Death Valley currently holds the record for the world’s hottest temperature of 134.1 degrees (56.7 Celsius), set July 10, 1913. But Weather Underground’s [Christopher] Burt does not believe it is a credible measurement: “[T]he record has been scrutinized perhaps more than any other in the United States,” Burt wrote. “I don’t have much more to add to the debate aside from my belief it is most likely not a valid reading when one looks at all the evidence.”

If you discard the Death Valley record from 1913, the pair of 129.2-degree readings from Mitribah and Basra over the past two days would tie the world’s highest known temperature, also observed in Death Valley on June 30, 2013, and in Tirat Tsvi, Israel, on June 22, 1942. But Masters says the Israeli measurement is controversial.

The Middle East is expected to get a respite from the current heat wave on Saturday, according to Weather Underground, when “the ridge of high pressure bringing the record heat will weaken, bringing temperatures about 10°F cooler to Iraq and Kuwait, and about 2-4°F cooler to Iran”—which was expected to break or come close to its own heat records on Friday.

A study published earlier this year in the journal Climatic Change predicted that by the end of this century, “climate change and increasing hot weather extremes in the [Middle East and North Africa], a region subject to economic recession, political turbulence and upheaval, may exacerbate humanitarian hardship and contribute to migration.”

The U.S. is also in the middle of a heat wave, with the National Weather service having issued heat alerts for more than 20 central, southwest, and eastern states.