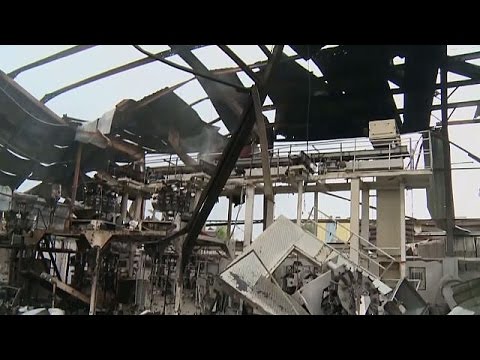 The Saudi-led coalition admitted children were at the site of the airstrike but jets “don’t distinguish ages” during attacks.

At least 10 Yemeni children were killed in a Saudi airstrike targeting a school in Haydan, a town in rebel-held Saada province, Doctors Without Borders, a Paris-based relief agency also known as MSF, and the United nations said Sunday. The Saudi military admitted youths were present but claimed they were child soldiers.

“We received 10 dead children and 28 wounded, all under the age of 15, who are victims of air strikes on a Koranic school in Haydan,” in Saada province, MSF spokesperson Malak Shaher told on AFP Sunday. The attack took place on Saturday.

Shaher added that MSF had received the children at a field hospital near the school before they were transferred to a public hospital.

The U.N. children’s agency, UNICEF, also reported the attack, warning that “with the intensification in violence across the country in the past week, the number of children killed and injured by airstrikes, street fighting and landmines has grown sharply”.

The Ansarullah rebels, also known as Houthis, posted pictures and videos on Facebook of dead children wrapped in blankets.

Saudi Arabia said the school it targeted was a “training camp” for child soldiers, suggesting it was not the coalition’s responsibility that children were killed. “The site that was bombed… is a major training camp for militia,” Coalition spokesman General Ahmed Assiri told AFP .

He seemed to acknowledge there were children in the area but said they were part of the rebels and thus targeting them seemed justifiable.

“They … use them as scouts, guards, messengers and fighters,” he added, citing previous reports from Human Rights Watch on the rebels’ use of underage recruits.

More than 6,400 people have been killed, more than half of them are civilians, since Saudi-led coalition began its assault on Yemen in March 2015. The coalition of Arab states intervened in the country after the rebels seized the capital Sanaa before expanding to other parts of the country.

Saudi Arabia reacted angrily to a decision in June to blacklist the coalition after a U.N. report found the alliance responsible for 60 percent of the 785 deaths of children in Yemen last year.