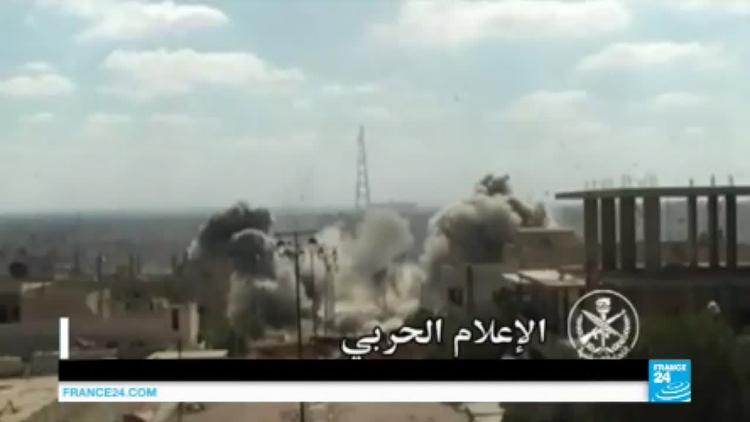 The only thing worse than the new hero status of now-covert al-Qaeda operative Abu Muhammad al-Julani and his Army of Syrian Conquest (ASC) is the news that he plans to subject all of Aleppo.

Aleppo is Syria’s largest city, or at least it used to be, with some 2.5 million people. Some reporters who have been there think that although a lot of people have left, others have come flooding in from the countryside, so that its current population may be similar but rearranged. Many more people, perhaps 1.2 million, live in relatively well-off West Aleppo, still controlled by the Syrian regime, which by all accounts is still very popular among them. Some 250,000 live in slummy East Aleppo, ruled by a congeries of fundamentalist militias who are supported from the outside by the al-Qaeda-linked al-Julani.

For the regime to besiege and take over East Aleppo would result in an enormous human tragedy. That siege had begun last month, but al-Julani and his allies have broken it, apparently with the help of GRAD batteries supplied by Turkey and the Gulf and maybe the US CIA. Since a siege would have starved out children and non-combatants it would have been horrible. And if the regime took back over the east, it would round up thousands of rebels and put them in mass graves after it tortured them.

This fate is what al-Assad, Iran and the Russian Federation wanted for East Aleppo and its hapless residents, whose crime was to be poor and to have been disadvantaged by the regime and to hate it, and to have been conventionally religious as Sunni Muslims.

On the other hand, if the seedy al-Qaeda types al-Julani has gathered around himself took over the more than a million people in and around West Aleppo, that would also be an enormous human tragedy. They include members of minorities whom al-Julani has promised to ethnically cleanse. Their crime is to have been somewhat well-off and to have made their peace with a totalitarian regime that they feel provides them order.

Saudi Arabia, Turkey and apparently John Brennan of the CIA want the rebels to take East Aleppo, and in backing this effort they are prolonging a civil war that has killed off nearly half a million people and left half of the 22 million Syrian homeless or refugees abroad. They are also unembarrassed to ally with the right-hand man of 9/11 mastermind Ayman al-Zawahiri.

The great tragedy is that the ceasefire negotiated by John Kerry and Sergei Lavrov last February could have forestalled this further round of vicious battles.

That ceasefire (or “cessation of hostilities” because the regime refused to acknowledge the rebels) had succeeded better than anyone had expected.

But the ceasefire broke down in Aleppo, with two sides at fault. On the one side, al-Julani refused to abide by any cessation of hostilities, and launched repeated attacks on regime positions and against minority villages, as well as shelling West Aleppo. Some groups “vetted” by the CIA joined in with al-Qaeda in breaking the ceasefire, with weapons and money supplied by the US and Saudi Arabia.

On the other side, Bashar al-Assad began thinking that the rebels’ willingness to abide by the cessation of hostilities was a sign of weakness and that it would be possible for his regime to reconquer all of Syria. This is hubris on the scale of insanity. What the last 5 years have proven is that the regime is stretched too thin, its remaining army of 80,000 (down from 300,000 before the civil war) too small, for Damascus to rule the whole country. It has lost Idlib, al-Raqqa, al-Jazira, Deir al-Zor, Golan, etc.– even parts of the capital, Damascus, and its hinterland.

The regime could well have been overthrown by now if not for the fighters from Lebanon’s Shiite Hizbullah, and the Afghan cannon-fodder Shanghaied by Iran, and Russian air support. But apparently one reason the al-Qaeda-led forces were able to break the siege of the East is that the Afghans ran away and the vulnerable regime forces also faded back. Hizbullah was left to fight on its own and it wasn’t enough.

Last October, it was West Aleppo that was besieged, with all supply routes cut off and a danger of mass starvation. Russian air intervention saved the West Aleppans from al-Qaeda and the other rebels then.

Now it seems the Syrians are doomed, like actors in that Bill Murray movie “Groundhog Day” or Tom Cruise’s “Edge of Tomorrow,” to living the same scenes over and over again. Al-Julani’s hope is to turn the tables and put West Aleppo under siege again, or perhaps even conquer it for covert al-Qaeda. The Gulf and Turkey and probably some American agencies also want him to succeed in this, in part because they imagine it will harm Iran (talk about science fiction). So here we go again.