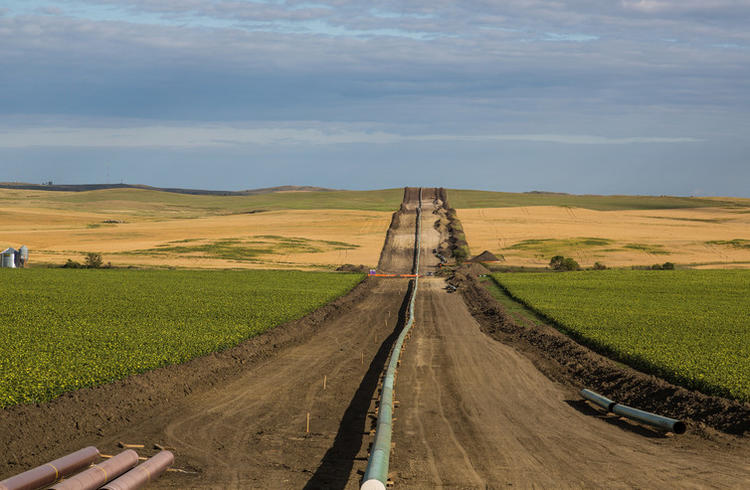 Over the past months, hundreds of indigenous persons and their allies have gathered near the crossing of the Missouri and Cannon Ball rivers in the ancestral territories of the Standing Rock Sioux tribe. Using nonviolent means, their goal is to stop the building of the Dakota Access Pipeline (DAPL) that would connect production fields in North Dakota to refineries in Illinois. Their primary fear is that an oil leak would threaten water quality for many members of the tribal community.

On Sept. 9, a federal judge denied the tribe’s request for an injunction to halt completion of the pipeline. But shortly after, federal officials said they would temporarily stop construction pending further review.

As a scholar of indigenous studies and environmental justice, I’ve been following these developments closely. The pipeline’s construction has already destroyed some of the tribe’s sacred burial grounds. During protests, the protectors – as many gatherers prefer to be called – have endured violence, including being pepper-sprayed, attacked by dogs, denied nourishment and threatened by lawsuits.

But despite the national attention to this case, one point has gone largely ignored in my view: Stopping DAPL is a matter of climate justice and decolonization for indigenous peoples. It may not always be apparent to people outside these communities, but standing up for water quality and heritage are intrinsically tied to these larger issues.

Climate justice – the idea that it is ethically wrong for some groups of people to suffer the detrimental effects of climate change more than others – is among the most significant moral issues today, referenced specifically in the landmark Paris Agreement of the United Nations Framework Convention on Climate Change.

Climate scientists, through organizations such as the Intergovernmental Panel on Climate Change and U.S. Climate Assessment, are finding more evidence of climate change from human activities, such as burning fossil fuels and deforestation. These destabilize the climate system, producing environmental conditions that disrupt human societies, through impacts such as rising sea levels, more severe droughts and warming freshwater.

The same climate science organizations also show that indigenous peoples are among the populations who will suffer more, on average, than other communities from changing environmental conditions. Some are suffering right now.

Indigenous communities are among the first climate refugees, having to decide to relocate due to sea-level rise in the Arctic and Gulf of Mexico, as well as other places across the U.S. sphere. This is happening in other parts of the world too.

This is an injustice because, as indigenous scholar Dan Wildcat writes in “Red Alert!,” the suffering is occurring “not as a result of something their Native lifeways produced, but because the most technologically advanced societies on the planet have built their modern lifestyles on a carbon energy foundation.”

But there is more to this story, as climate change and U.S. colonialism against indigenous peoples are closely related.

While “colonialism” is not a term many nonindigenous persons typically use even in climate activism, it is the academically rigorous term for describing a significant part of the political relationship between the U.S. and indigenous peoples. It also sheds important light on indigenous understanding of what climate justice really means and what solutions are required.

Put simply, colonialism refers to a form of domination that involves at least one society seeking to exploit some set of benefits they believe to be found in the territories of one or more other indigenous societies already living there. These benefits can range from farm land and precious minerals to labor.

Exploitation can occur through tactics including military invasion, coercion, slavery, policing and geographic removal of indigenous peoples. Sexual and gender violence are integral to undermining indigenous leadership customs, many of which were tied to nonpatriarchal gender systems that empowered women and nonbinary genders.

U.S. colonialism is about continued U.S. control over how indigenous peoples govern themselves internally and their territories as Tribal Nations. The U.S. Congress officially has plenary (absolute) power over tribes. The U.S. considers indigenous jurisdictions, including reservations, as U.S. federal land held in trust for tribes.

While the U.S. federal government is required to consult tribes before it undertakes action that will affect tribal well-being, a brief glance at history reveals it is most often a policy that legitimizes federal infringement. Indeed, the U.S. has not fulfilled all of its treaty responsibilities to tribes, especially when treaty obligations interfere with the economic interests of settlers.

The Standing Rock Sioux Tribe at the center of this current protest has already suffered from this practice. Until U.S. mining interests were at stake, it retained sovereignty over the sacred Black Hills and parts of the Missouri River and certain off reservation hunting rights in the Treaty of Ft. Laramie of 1868. But then in 1877, U.S. Congress, without tribal consent, passed an act removing the Black Hills from Standing Rock’s jurisdiction, curtailing tribal members’ capacity to honor the sacred places of the Black Hills.

U.S. colonialism, then, serves to pave the way for the expansion of extractive industries which scientists have now identified as contributors to human-caused climate change. Damming and deforestation of indigenous territories enable mining and industrial agriculture; pipelines, roads and refineries create dependence on fossil fuels for energy.

Colonial exploitation of indigenous lands through these industries has already inflicted immediate harms on indigenous peoples, from water and air pollution to destruction of sacred sites. Many of these environmental harms can be compared to climate change, as land-use change alters land temperatures, soil composition and hydrology. Herein lies a pattern of harms arising from colonialism.

But not all of the impacts of carbon-intensive industries are felt immediately. Climate change impacts occur in greater force some years later, as the effects of changing environmental conditions are felt more and more, all of which is made worse by U.S. colonialism.

Tribes are susceptible to loss of cultural, spiritual and economic relations to species such as moose or salmon as habitats change occur faster because their reservations are too small or fragmented to allow indigenous communities to follow the species’ movements to more suitable ecosystems. U.S. treaties are supposed to guarantee continued tribal access to the species even when they change location or their habitats are threatened by environmental stressors, but it’s not clear the U.S. will honor these treaties in this way.

When it comes to indigenous climate refugees, any decision to relocate is made particularly difficult by U.S. domination over decision-making and discriminatory bureaucratic hurdles.

Moreover, climate change also opens up more indigenous territories, such as in the Arctic, to pressure from colonial exploitation, as thawing snow and ice open access to resources, such as oil and other hydrocarbons, that were previously hard to get to.

This further oil exploration will likely lead to the same detrimental effects we’ve already seen. The workers camps, or “man camps,” created to support drilling and mining in regions like the Bakken, introduce more sexual and gender violence through increases in the trafficking of indigenous women and girls. Of course, some of the sites of violence are the very same North Dakota fracking fields that seek to send fuel down the DAPL.

Stopping DAPL, then, is about stopping a vicious pattern of U.S. colonialism that inflicts immediate environmental harms and future climate change impacts on indigenous peoples. For indigenous peoples, then, decolonization is not a metaphor.

It’s worth noting the Standing Rock Sioux Tribe is not alone. A major supporter of stopping DAPL is the Lummi Nation, which has taken action to block the establishment of a coal shipment terminal and train railway near its treaty-protected sacred area of Xwe’chi’eXen in Washington state. The Lummi is part of a group of tribes that have documented the U.S. negligence in honoring its treaty responsibility to refrain from economic and consumptive activities that destroy the salmon habitat that the Lummi and other tribes in the region depend on.

The initiative, Treaty Rights at Risk, suggests the vulnerability of salmon habitat to climate change is part of a larger story of environmental damage done by U.S. dams, agriculture, and other land-use practices.

Similarly, for the Standing Rock Sioux Tribe, shifting plant and animal habitats from climate change combined with loss of jurisdiction over land, both due to U.S. colonialism, will make it harder for tribal members to maintain relationships with those plants and animals into the future.

So as the protests and legal battles over the construction of the pipeline continue, we need to realize that protection of sacred sites and worries over contaminated water supplies are simultaneously concerns about climate justice and its relation to U.S. colonialism. Nonindigenous environmentalists are only allies if they work broadly toward decolonization, instead of aligning with indigenous peoples only when a particular issue, such as opposition to one pipeline, seems to match their interests.