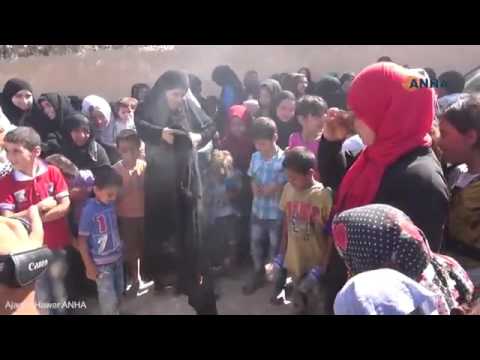 What a difference a month makes.

At the start of August, the extremist group that calls itself Islamic State (IS) [group]controlled a large part of the border between Syria and Turkey, while the U.S.-backed Syrian Defense Forces (SDF), a multiethnic group made up primarily of Kurdish YPG fighters, raced to recapture as much of that territory as they could, as quickly as they could. On August 24, Turkish tanks and soldiers crossed the border near Jarablus and have since driven IS out of the entire border area. The Turkish military and the Syrian rebel groups it directly supports have advanced approximately 20 kilometers south and 50 kilometers west from Jarablus in just two weeks.

Canikli spoke to reporters after a cabinet meeting in Ankara and said: “By the 15th day of the operation, unfortunately, we have four martyrs and 19 injured so far.

"Sixteen from the Free Syrian Army (FSA) have been martyred and 27 others have been injured. Nearly 110 Daesh [a derogatory term for IS], PYD and YPG terrorists were killed and there are five injured as well", he added.

The deputy PM said over 770 square kilometers of territory had been cleared of Daesh and was now under the control of the FSA.

Several fascinating data points can be gleaned from Canikli’s statements. The most glaring: In the eyes of the Turkish government, there is no difference between IS and the Kurdish groups which the United States has armed and supplied to fight IS. This could have serious consequences for the fight against IS moving forward since, again, the Kurdish SDF has been Washington’s main tool against IS in Syria. This also could lead to a wider conflict between Turkey and various Kurdish groups, which raises the second point: Canikli is signaling that Turkey is willing to push deeper into Syria, particularly into territory already either owned or adjacent to areas currently under the control of the SDF.

In fact, on the same day Canikli spoke to the press, Turkish President Recep Tayyip Erdogan spoke with U.S. President Barack Obama at the G20 meeting and told journalists that the two leaders agreed to push together toward the IS hub of Raqqa:

"Raqa is the most important center of Daesh," Erdogan told Turkish journalists aboard his plane as he returned from China, according to the daily Hurriyet.

"Obama wants to do something together especially on the issue of Raqa," he said. "I said there would be no problem from our perspective."

"I said 'our soldiers should come together and discuss, then what is necessary will be done'," Erdogan was quoted as saying without giving further details.

This opens the possibility that Turkish ground troops will be spearheading the campaign against IS. The Turkish military is professional, well-equipped, and as a member of NATO is proficient at coordinating with the United States, which will likely provide Turkey air support. It also means that Erdogan means to hold the United States to its word that it will not support Kurdish groups that operate west of the Euphrates River. Assuming the SDF understands this, withdraws before the advancing Turkish military, and there is no significant widening of the war between Turkey and the Kurds, all of this could be very bad news for IS.

Turkey’s statements also belie another key fact — the Turkish military has advanced extremely quickly, while suffering very few casualties. IS fighters have traditionally held their ground and fought to the death — against the SDF in Syria and against the coalition in Iraq that is dominated by Iran-backed Shi’ite militias. Yet IS withdrew from Jarablus without firing a shot and has completely folded in the face of the advancing Turkish troops. It’s hard to say why this is so. There have certainly always been whispers of deep ties between the Turkish military intelligence apparatus and IS. This could just as easily be chocked up to sectarianism — IS, a highly sectarian organization, can perhaps more easily justify to their adherents fighting Kurds and Shi’ite militias to the death than they can defying their fellow Sunnis. Of course, Occam's razor would suggest that the simplest answer is the most likely — that IS has never fought a force as strong as Turkey, and that it is doing so while it is in an extremely weakened state.

In fact, the “state of the Islamic State” is weak, indeed. It has suffered a series of crushing defeats in Syria, but it has also lost battles in Iraq, and one of its most important leaders has been killed in an apparent U.S. air strike in Syria.

IS’s Amaq News Agency announced on August 30 that Abu Muhammad al-Adnani, the spokesman for IS, was killed “while surveying the operations to repel the military campaigns against Aleppo.” An unnamed U.S. defense official told Reuters that the U.S. coalition targeted Adnani in an air strike in the Syrian city of Al-Bab on August 30 but was unable to confirm his death.

That day, journalist and Syria watcher Julian Röpcke noticed unusual air traffic above Aleppo Province, in the area between the IS stronghold of Al-Bab and Aleppo city. One of the aircraft continued to make tight turns, crisscrossing the airspace repeatedly. It’s a solid bet that this was a U.S. spy plane, perhaps a remotely piloted aerial vehicle.


On August 31, the Russian Ministry of Defense claimed that Russian forces had killed Adnani and 40 other IS fighters in an air strike conducted by an Su-34 bomber in Ma’arrat Umm Hawsh. U.S. defense officials quickly responded by telling Reuters that the Russian claim was a “joke,” a statement which could be read as almost a confirmation that the U.S. was responsible for killing Adnani.

Pentagon spokesman Peter Cook confirmed that Russia’s claims are improbable since Russia has not targeted IS’s leadership, has spent little time bombing IS in general, and generally does not use precision weapons in Syria — all points that match what multiple analyses of Russia’s military campaign there have confirmed.


Adnani’s prominence inside the extremist group is hard to overstate. Officially, he was IS’s spokesperson, the mouthpiece for some of its most important statements. It was Adnani, not Abu Bakr al-Baghdadi, the leader of the terror group, who first declared the creation of the caliphate in 2014. It was Adnani who also formulated one of the central tenants of IS’s message, one that sets it apart from its counterparts like Al-Qaeda, that the self-declared Islamic State is not just a physical territory but also a state of spiritual being and a calling, and those who want to see the coming of an Islamic State should stay in their home countries and conduct terrorism there.

He was second in charge of the entire outfit, and his titles indicate that he would have taken over IS if current leader Abu Bakr al-Baghdadi were to be killed. He is also one of IS’s “old guard,” one of the few remaining members of IS who had ties to the founder of the organization, Abu Musab al-Zarqawi.

But Adnani was important for another reason: Not only was he effectively the governor of Syria, he was also born there, one of the few high-ranking officers in IS who call Syria home. Adnani hailed from Binnish, one of the hotbeds of protest against the Assad government. His death means that not only is IS without a governor in Syria, and without a spokesperson, and without one of its important theological architects, but it has also lost some of its legitimacy in Syria.

IS has always claimed that those Sunnis who live within its physical borders are now part of the founding of the Islamic caliphate. Yet as Turkish tanks roll in and liberate Syria from IS control from the north and west, and as the SDF continues to pressure IS from the north and east, it has become impossible to escape the images of Sunni Muslims, and indeed many others, celebrating in the streets after their oppressors have been pushed out.

IS is losing many battles, but the moral defeat it is suffering might be the most important development of them all.

Daily Mail: “Syrian women burn their burqas in glee at liberation from ISIS”