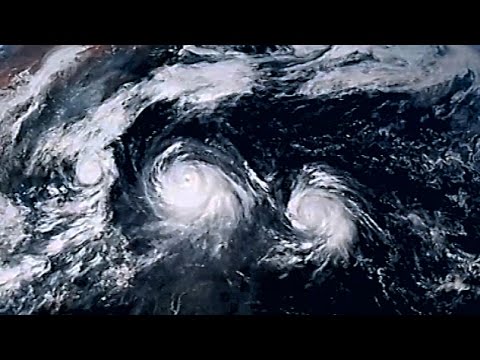 Lest we forget, here is a 2015 column full of ironies for Florida’s increasingly dire climate change challenge:

Since 2011, environmental agency workers have been instructed not to refer to ‘climate change’ and other words like ‘sustainability,’ investigative report shows.

Florida’s Department of Environmental Protection (DEP) employees have for years been banned from using terms like “climate change,” “sustainability,” and “global warming,” according to a new report published Monday by the Florida Center for Investigative Reporting.

Those “unwritten” directives came in 2011 from the agency in charge of planning and enforcing environmental policies in a state that faces some of the biggest effects of climate change in the country, including rising sea levels which threaten 30 percent of its coastal land over the next 85 years.

DEP employees were ordered by the agency’s Office of General Counsel not to use those terms in any official communications, emails, or reports—in a policy that, even now, “goes beyond semantics and has affected reports, educational efforts and public policy in a department with about 3,200 employees and $1.4 billion budget,” the report found.

At the time the policy was put into place, the DEP was headed by Herschel Vinyard, Jr., whose controversial tenure ended last December after being appointed to the position by Florida Gov. Rick Scott, a conservative Republican.

Neither Vinyard nor his successor, Scott Steverson, would comment on the FCIR’s report.

The state government denied that workers were barred from using those terms. “There is no policy on this,” Jeri Bustamante, Gov. Scott’s spokeswoman, wrote in an email to FCIR.

But that, former DEP employees said, is exactly the point. Rather than a written policy, the guidelines were widely known and distributed verbally.

One former DEP employee who worked in Tallahassee during Scott’s first term in office, and asked not to be identified because of an ongoing business relationship with the department, said staffers were warned that using the terms in reports would bring unwanted attention to their projects.

“We were dealing with the effects and economic impact of climate change, and yet we can’t reference it,” the former employee said.

Former DEP attorney Byrd said it was clear to him this was more than just semantics.

“It’s an indication that the political leadership in the state of Florida is not willing to address these issues and face the music when it comes to the challenges that climate change present,” Byrd said.

The National Climate Assessment last year found that Florida’s south coast is “uniquely vulnerable to Sea Level Rise,” due to a combination of increasing urbanization, aging flood control facilities, and other geographical and topographical problems.

“There is an imminent threat of increased inland flooding during heavy rain events in low-lying coastal areas such as southeast Florida, where just inches of sea level rise will impair the capacity of stormwater drainage systems to empty into the ocean,” the NCA stated in its report, Climate Change Impacts in the United States.

FCIR on Monday noted the prevalence of Florida politicians who refuse to acknowledge the impact of human activity on climate change and their connection to “established industry” which could take a financial hit from state investment in more sustainable energy sources.

The report named Gov. Scott in particular, who has repeatedly refused to weigh in on the issue of climate change, telling reporters who in 2014 asked him whether he believes it is caused by human activity: “I am not a scientist.” He was reelected in November.

FCIR’s report caused an uproar in the scientific community over the partisan influence on climate policy. “You have to start real planning, and I’ve seen absolutely none of that from the current governor,” University of Miami geologist Harold Wanless told the FCIR. “It’s beyond ludicrous to deny using the term climate change. It’s criminal at this point.”