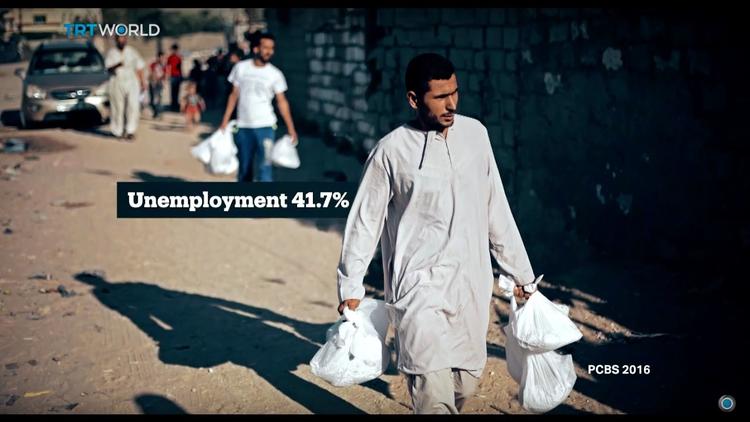 GAZA (Ma’an) — The UN Special Coordinator for the Middle East Peace Process Nickolay Mladenov Thursday expressed concerns over the situation in Gaza, and urged Israel to understand that its policies on the besieged enclave only “escalates violence.”

Mladenov stressed in the statement that Israeli authorities must come to an understanding that policies adding pressure to the besieged Gaza Strip would only serve to “escalate violence,” adding that the UN has aimed to “maintain peace and calmness in the region.”

Mladenov pointed out that Israel is seeking to “lessen its siege” on the Gaza Strip, which has been under a tightly controlled Israeli-imposed siege for nearly a decade, but said Israel was not doing enough to lessen the blockade.

The special coordinator also commented on the Israeli bodies being held by Hamas, saying that “no one had the right to hold human bodies,” and that “everyone has the right to give proper burials to family and friends.”

Hamas official Ahmad Youssef told Ma’an last month that the Israeli bodies being held in Gaza, Hadar Goldin and Oron Shaul, could be used as political leverage to coordinate the release of Palestinian political prisoners held in Israel, while Israeli authorities have routinely withheld Palestinian bodies from the occupied West Bank and East Jerusalem after alleged or actual attacks on Israelis, dramatically increasing the policy since a wave of violence erupted across the occupied Palestinian territory and Israel last year.

Mladenov stressed that the “current calmness” must be maintained by focusing on reconstruction and economic development of the Gaza Strip. He also met with Palestinian Minister of Public Works and Housing Mufid Mohammed al-Hasayna in Gaza to discuss the latest developments related to reconstruction.

Al-Hasayna emphasized the oncoming crisis expected during the winter for Palestinians whose homes were demolished during the devastating 2014 Israeli offensive on Gaza, as some 75,000 Palestinians still remain displaced after losing their homes.

The 51-day Israeli offensive in 2014, termed “Operation Protective Edge” by Israeli authorities, resulted in the killings of 1,462 Palestinian civilians, a third of whom were children, according to the United Nations.

The Gaza Strip has suffered under an Israeli military blockade since 2007, when Hamas became the de facto ruling party in the territory. Residents of Gaza suffer from high unemployment and poverty rates, as well as the consequences of three devastating wars with Israel since 2008.

The UN has warned that the besieged Palestinian territory could become “uninhabitable” by 2020, as its 1.8 million residents remain in dire poverty due to the nearly decade-long Israeli blockade that has crippled the economy.

TRT World: “The Newsmakers: The Economic cost of the Gaza Blockade”