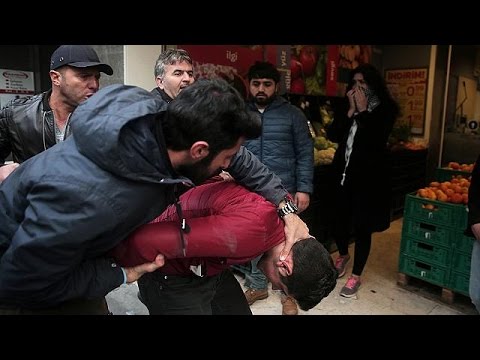 Curbs on press freedom have been dramatically increased since the failed coup attempt against President Erdoğan.

The Association of European Journalists (AEJ) has called on the European institutions to exert more pressure on Turkey, in face of further restrictions on freedom of expression and the press. EurActiv Germany reports.

Protests against the arrest of journalists in Turkey are attracting wider public attention. At the general meeting of the AEJ in the Irish city of Kilkenny, the association not only condemned the systematic repression being carried out by the Turkish authorities but also called on the EU to put more pressure on Ankara.

AEJ President Otmar Lahodynsky told EurActiv.de on the sidelines of the event that “the situation for the media, and in general, for the opposition in Turkey, is unbearable. EU leaders must do more to get our Turkish colleagues released. So far, many of them, apparently out of fear of Erdoğan cancelling the refugee deal, have been far too timid”.

Facts and figures presented at the meeting illustrated how rigorous President Recep Tayyip Erdoğan’s regime is rooting out unwelcome media. It isn’t just the written press either, radio and TV stations have also been closed or put under state supervision. The government has also blocked free access to the Internet.

To date, more than 150 journalists, as well as publishing staff, have been arrested without charge and have been denied access to legal representation.

The AEJ conference finished with a stark conclusion: “Turkey is becoming the biggest prison in the world for journalists.” The country has “removed itself from media freedom and the rule of law” and the government disregards fundamental basic rights and freedom, wrote the AEJ in its final resolution.

In the final text, the journalists also appeal to the Council of Europe, the European Commission and the European Parliament to prioritise restoring freedom of expression and the press in Turkey, as well as an independent judiciary.

Ankara’s accusations that journalists are supporting terrorism and anti-state efforts are only a pretext to rid itself of unwelcome critics, insisted the AEJ.

“The EU and the Council of Europe must sanction the violation of fundamental European rights by a candidate country,” said Lahodynsky. “It raises the question whether Turkey still even retains candidate status, given that it is in gross violation of the Copenhagen criteria.”

Turkish police on Monday (31 October) detained the editor-in-chief of the newspaper Cumhuriyet — a thorn in the side of President Recep Tayyip Erdoğan — as Ankara widens a crackdown on opposition media.

Erdoğan’s manoeuvering has led to record numbers of complaints being lodged with the European Court of Human Rights over the past two weeks. In addition to the 7,750 cases already on record against Turkey, a massive 850 were added in the past fortnight alone.