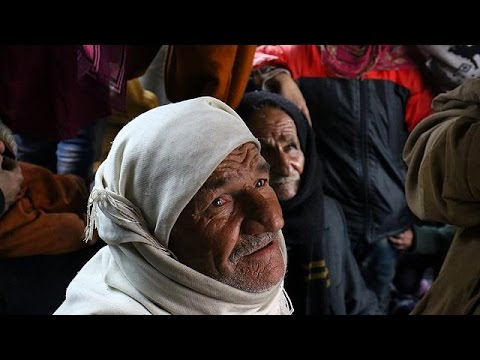 DENVER – The end of the fighting in Aleppo will not end the Syrian war, despite the countrywide ceasefire that has just been agreed. Nor will it ease the suffering of the city’s population, much of which has been displaced. What the Aleppo siege will do is clinch Syria’s place in history as, to borrow former US Secretary of State Warren Christopher’s phrase, another “problem from hell.” And, like other hellish recent regional conflicts, such as those in Bosnia (to which Christopher was referring) and Rwanda, future historians will emphasize a crucial feature of the Syria conflict: the spectacular diplomatic failures that enabled it to escalate.

Good diplomacy begins with a keen analysis of interests, both of the country in question and of relevant external powers. It demands a careful assessment of how the pursuit of those interests will affect the regional and international order. And it seeks ways to strengthen the capacity of regional or world powers to help solve problems.
The Year Ahead 2017 Cover Image

Throughout this process, universally shared and consistently reinforced values – both critical in getting disparate actors to work together to resolve problems and challenges – must provide a moral compass and common ground for action. The key is to ensure that values do not become weapons, deployed by one actor against another in a way that exacerbates tensions and undermines solutions.

Consider the 1990s Bosnian War – the result of unfinished business from the breakup of the Austrian and Ottoman empires and the creation of nation-states earlier in the twentieth century. The conflict erupted in the immediate aftermath of the Cold War, at a moment when one set of international organizing principles had collapsed and a new set had not yet been created. Partly as a result of this, the conflict was characterized by large-scale civilian carnage and human-rights violations.

But, as a test for the new world order, the Bosnian War ended up catalyzing change in the international community’s institutional structure (including the establishment of war crimes tribunals). Could the nascent post-Cold War system handle the inchoate problems of the former Soviet Union? Could NATO take on new roles and missions? Could the West work with the new Russian Federation? Could the transatlantic relationship weather the storm?

The answer to all of these questions turned out to be yes. As a result, though the region continues to be beset by serious problems, the gates of hell have remained closed – as they have in Rwanda. And yet, just 20 years later, it seems that the world’s collective memory of how to cooperate has failed.

To be sure, there was never a clear path to peace in Syria. President Bashar al-Assad, whose forces now control all of Aleppo for the first time since 2012, is a brutal dictator who has waged war on his own people, including civilians, and has even used chemical weapons. The temptation to seek regime change – a goal embraced by the United States and some European countries – was understandable.

Yet, in a display of spectacularly incompetent diplomacy, the US set about pursuing that goal without any serious effort to marshal international support, or even to take stock of other opinions or interests. And make no mistake: there are a lot of (often conflicting) opinions and interests. After all, Syria is strategically perched on the Mediterranean; shares borders with Israel, Jordan, Turkey, and Iraq; and, like Iraq, has its own restive Kurdish minority. It is not the kind of country to which international and regional powers would be indifferent.

In fact, when Western powers called for regime change, other actors – including Iran, Russia, and Shia interests in neighboring Lebanon – objected. Nonetheless, the US soldiered on with its own poorly formulated agenda, supplying weapons to virtually unknown combatants on the ground before properly vetting them. That gave the Assad regime’s allies all the justification they needed to supply weapons of their own.

Some argue that, if the US had just provided more weapons sooner, Assad would not have had time to galvanize support and hold onto power. But that neglects the strategic importance of Syria to so many external powers, as well as the fragmentation and unpredictability of the US-based combatants.

America’s real mistake was failing to engage with all sides, including Assad and the Sunni opposition, which it deemed sectarian. (During the Bosnian War, by contrast, the US talked to rump Yugoslavia’s ruler, Slobodan Milošević.) With that narrow-minded approach – reflected in the lack of any articulated vision for a post-war Syria – the US effectively handed the diplomatic reins over to Russia.

Now, the US is essentially playing the role of agitator, offering little more than displays of moral outrage and stale references to a stillborn Geneva process. Reacting to the carnage in Aleppo, Samantha Power, the US ambassador to the United Nations, was reduced to demanding of Assad’s Russian ally, “Are you truly incapable of shame?” Meanwhile, the conflict rages on, with severe spillover effects on US allies like the European Union.
Fake news or real views Learn More

As for Russia, it, too, is pursuing a version of diplomacy that utterly lacks inclusiveness. It is working with Turkey (a NATO member that seems increasingly lost at sea) to bring the Syrian opposition and representatives of the Assad government together in Kazakhstan for a new series of peace talks, facilitated by the ceasefire, of which Russia and Turkey are guarantors. Iran will be there. But where are the Sunni Arab states? More important, where is the US?

It is often observed that, every four years, the US does without a foreign policy. This time, it seems to have gotten an early start.

Euronews from last Monday: “With Aleppo battle won, Syria and Russia look to ‘next stage'”