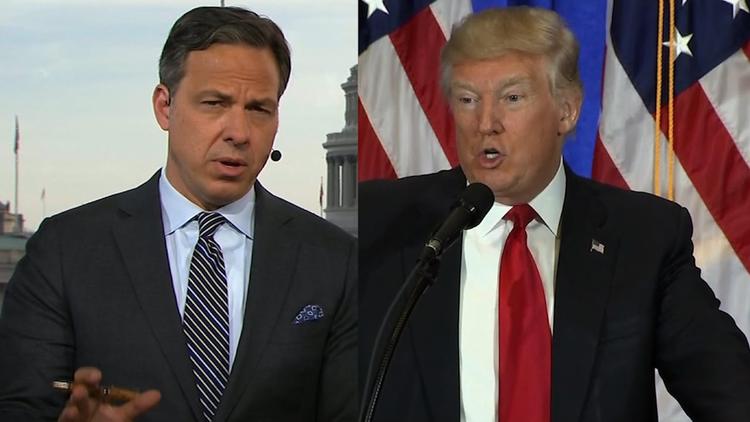 In the style of some thuggish boxing promoter at a weigh in, the US president-elect, Donald Trump, gave us a clear and unsavoury flavour of the style of White House press conferences to come. And it’s not tasting good.

In brutal contrast to the elegant style of Obama, who recently was lauded for his compassion in the event of a collapsing member of the press corps, Trump chose to mete out preferential attacks on media he considered had taken against him. He barracked one persistent challenger with a resolute refusal to answer questions he didn’t like.

In refusing to take a question from reporter Jim Acosta, Trump called CNN “fake news”. Which is ironic, given allegations about sources close to the Trump camp having been instrumental in generating fake news now widely considered to have influenced the outcome of the presidential election campaign.

Trump also turned his wrath on Buzzfeed, which had published the already infamous dossier of allegations purporting to be intelligence concerns about the president-elect’s relationship with Russia and his behaviour while on a trip there.

This “failing pile of garbage”, as Trump described Buzzfeed, would be punished for its sins by also being denied a question and response at the conference. Over and over, the legendarily rude and insulting Trump berated the Buzzfeed reporter for also being rude, which left us all a bit baffled by the moral authority claimed by this new arbiter of bad behaviour. Buzzfeed got its own back in a small way by tweeting a new, doctored tagline:

Mind you, Trump also trashed the reputation of his own intelligence services, for either leaking the allegations, or at least confirming the stories had been known for some time. He compared them to Nazi Germany.

This came prior to the censure meted out by the director of the US Office of Government Ethics about the less than robust plan for Trump to divest himself of his business interests by handing them to his sons. The arrangement still fell short of the transparency required and which other incoming presidents have had no problems complying with.

Trump’s is a novel approach to relations with the free press. Traditionally, such gatherings are an opportunity for media rottweilers to hold the elected to account. Politician and media relationships are traditionally adversarial – so we should take comfort in the challenging nature of such exchanges. They signal a healthy scrutiny by media of what leaders like Trump are about.

While the delicate balance of scrutiny has always been a consensual affair, it has also been a sign that both sides need one another. Presidents, it is argued, need the scrutiny of a non-compliant media to keep them in tune with the needs of the public. The news media, meanwhile, need access to the stories and expect the right to question and contradict where they feel this is necessary. It is fundamental to democracy. Anything less is rather sinister.

The use of press conferences as a communications tool has always been a tricky one. Use them liberally at your peril would be the advice of any self-respecting PR adviser, because they are tantamount to unleashing a pack of wolves – and anything goes. And if you do have one, be prepared to face the music, both harmonious and discordant.

Someone forgot to tell Trump this was how it works and he kicked off his first presser in the way that we’re are all now becoming familiar with, by bullying and trying to exclude dissenting voices.

But what of the bizarre chorus of whooping and clapping in the background? While the president-elect was ranting about Nazis, and Buzzfeed and China and the benefits of being pals with Putin, you could hear applause and cheers coming from the serried ranks of the press corps. It was as if Trump’s fan club had been allowed to penetrate the ranks of the fourth estate. In fact, as has since been reported, the Trump machine had packed the room with aides who laughed at some of Trump’s arch comments and heckled the odd reporter that appeared to be going off-piste.

This is dangerous for democracy – without a robust, assertive and challenging media to put the president of the US to the question, all is lost. This depressing little event brought to mind for me a quote from the late, great journalist, James Cameron. He described his dispiriting experiences of following the media pack from arranged presser to organised event: “Thus did we trot and bark around the caravan.”

The US media pack needs to rediscover its teeth, not least to remind the next president of the balance of power and the value of third-party media advocacy – the presence of people whose job it is to argue about issues they consider important. But it’s important for all our sakes as we hurtle into this new and worrying US political era.

So stop trotting and barking around Trump, US media folks. Please remember what you’re there for – to make politicians feel uncomfortable and ask the questions they don’t want you to, time and time again.