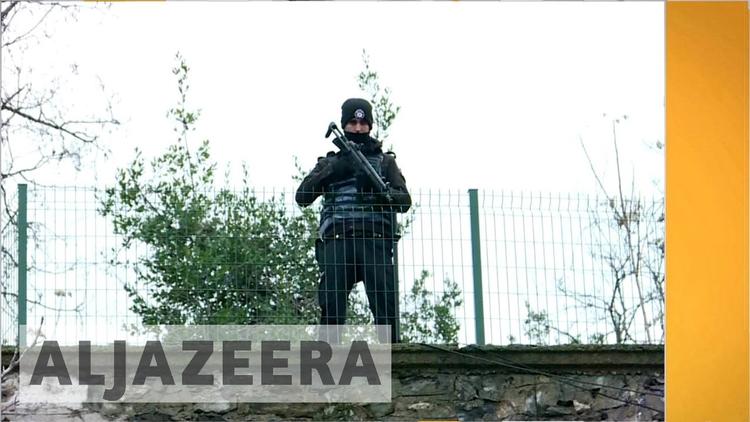 London (Informed Comment) – With the New Year terrorist attack in Istanbul now being claimed by the Islamic State (IS) movement, it is clear that Turkey has suffered yet more blowback from its earlier tolerance of the Middle East’s most vicious terrorist network. The rampage, suspected to have been carried out by a Central Asian extremist, happened at an upmarket nightclub and killed at least 39 people, including 16 foreign citizens. The Turkish news agency Anadolu has reported that Saudi Arabian, Moroccan, Lebanese and Libyan nationals were among the foreign victims, who were overwhelmingly from Muslim majority countries.

The latest attack highlights a continuing trend towards political instability for Turkey, which saw an attempted military coup last summer and suffers from an ongoing civil war with its Kurdish minority top on of the spread of political violence from Syria and Iraq into its towns and cities.The strike also fits in with the typical pattern of IS attacks in Turkey, which have mostly struck at soft targets in crowded civilian areas. In retaliation the Turkish armed forces said that they had carried out a number of air raids and also shelled IS targets near al-Bab, a Sunni Arab settlement in Syria where the Turkish armed forces and rebel proxies are presently battling the jihadist group.

The current Turkish struggle with IS is a complete reversal from the early years of the Syrian civil war, when Turkey leant heavy support to the armed opposition against Syrian leader Bashar al-Assad. However this policy was something which contributed much to the eventual rise of Islamic State, especially once it seized control of a number of strategic border crossing areas where arms, aid and foreign fighters could reach the Syrian half of its self-declared ‘caliphate’.

Turkey has long denied supporting hardline Islamist factions in Syria but many of the fighters it allowed to cross into Syria quickly joined Islamic fundamentalist groups like IS. At the same time it and other terrorist groups took the opportunity to establish a rear base in Turkey, with networks of sleeper cells, recruiters and safe houses. This gave IS the infrastructure it needed to launch repeated terrorist attacks when it decided that the time had come to turn on its Turkish hosts.

It is important to note that IS directed acts of terrorism in Turkey have long predated Operation Euphrates Shield, Ankara’s military intervention against the group in Syria which only began in August last year. IS carried out a string of devastating attacks in Turkey in 2015 and 2016 at Suruc, Ankara and Istanbul, and has claimed responsibility for bombings and shootings as far back as 2013.

That year the group threatened Turkey with suicide bombings in Ankara if it didn’t reopen border posts it had shut to cut back on the amount of men and material reaching IS controlled areas of Syria. Despite repeated provocations however, Ankara only intervened military against the group when it became concerned about countering increasing Kurdish power in northern Syria. There were repeated accusations that Turkey preferred to allow the existence of an IS presence along its border with Syria as a way of splitting the territory under the control of Syria’s Kurds into two cantonments and preventing a second Kurdish entity from emerging to join the one in Iraqi Kurdistan.

Indeed it was Turkish inaction in the face of an IS onslaught against the Syrian Kurdish border town of Kobane in 2014-15 which ultimately proved to be the spark that led the military wing of the banned Kurdish PKK movement to return to violence. Following the Suruc massacre of students in a suicide bombing by a Turkish Kurd with links to IS, Ankara’s failure to fully implement an agreed upon peace deal came back to haunt it.

Despite a two year ceasefire between Kurdish militants and the state, good relations were poisoned by events in Syria, which convinced Turkey’s suspicious Kurds that Ankara had never truly intended to allow them the political autonomy they desired. Deep suspicions that President Erdoğan’s political ambitions would lead him to try and undermine the Kurds’ political representatives also helped relight the Kurdish conflict inside Turkey itself. But the contrast between Turkish treatment of hardline Islamist terrorist groups and the mainly secular leftist Kurdish fighters in Syria made conflict in Turkey much more certain.

Nonetheless by the end of 2017 IS itself will probably have been eliminated as a territorial entity, as offensives against it in Syria and Iraq by Turkey, Iran, the West, Russia and the Kurdish, Syrian and Iraqi authorities all combine to take its remaining urban strongholds. But IS has demonstrated an organisational ability to survive without a territorial base during its earlier incarnations, before it had spread from Iraq to other Middle Eastern nations. There are clear signs its cells in Turkey may manage the same during 2017. The return to war with the Kurds and the military intervention into Syria last year meant that Turkey’s security services suddenly found themselves facing multiplying threats during a period when their effectiveness was in decline. This stemmed from the failed coup of last summer, which saw a huge purge begun of anyone suspected of ties to the Gülenist movement who were blamed for mounting it.

This purge has unsurprisingly weakened Turkey’s military, police and intelligence services. Simultaneously the high profile slaying of the Russian ambassador to Turkey by an off-duty policeman in Ankara indicates that some Turkish units may have been infiltrated at a low level by hardline Islamist sympathisers. Sadly therefore Turkey has probably not seen the last attack by IS militants on its soil this year, as the group’s leaders have called for more such outrages abroad in order to offset the loss of prestige the gradual collapse of its ‘caliphate’ in Syria and Iraq has caused it. Nonetheless the fact that IS is being driven underground in Syria and Iraq will probably reduce the numbers of international militants keen to act out on the group’s orders, and limit the reach of its local fighters more closely to attacks on Syrian and Iraqi targets. Turkey may yet reach the end of this year in a better position to end the group’s operations against it than it began the year in.

Aljazeera English: “Inside Story – Why is ISIL targeting Turkey?”