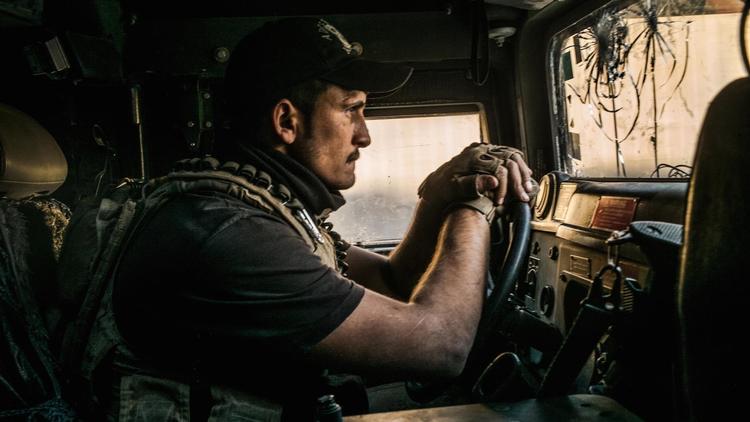 In eastern Mosul, Iraqi pro-government forces are organizing themselves to begin to fight against the so-called Islamic State [group] [IS]. In western Mosul, civilians do their best to survive a siege and extremists step up their propaganda.

On the western side of the city of Mosul, the extremist organization IS is readying itself for battle. Over several months of fighting, the IS group has lost most of the eastern side of the northern city to Iraqi pro-government forces. Although many of the IS fighters have been killed or have fled the city, the leaders who remain continue to try and convince the local populace of their invincibility. News has arrived that the north-eastern side of the city, often referred to by locals as the Left Bank, has been cleared of the IS group but it seems to many still in the western side, that the extremist organisation doesn’t want to accept that reality.

For example, an IS member recently asked a member of staff at Mosul’s General Hospital why there were not as many doctors and nurses anymore. Incredulous at the question, the staff member told the fighter that many doctors and nurses had lived on the other side of the city and they could no longer cross the Tigris river to come to work.

We have started to burn the furniture for cooking. We’ve already gone through the chairs, closets and beds.

Every week the IS group sends written instructions to their clerics to tell them what the subject of the weekly sermon should be, as well as any messages the extremists want relayed by the church. This week’s instructions indicated that the sermon should be particularly enthusiastic about the fighting to come.

So last Friday, at sermons in Mosul’s mosques on the western side of the city, clerics asked local families to send their sons to fight with the IS group. And according to an attendee at one mosque, the preacher scolded locals for not doing so.

“A young man ascended to the pulpit and began to tell us off,” the eye witness, whose name and location cannot be revealed due to security concerns, told NIQASH. “He began shouting, saying that if you think the infidels [meaning the pro-government forces] are going to reach the right side of the city, you’re dreaming. ‘I swear to you that God will help us win this battle, and that it will be a miracle – in the same way that God supported the Prophet Mohammed and his companions at the Battle of the Trench 1,400 years ago, when he sent violent winds into the infidels’ camps.”

But the IS group is clearly not relying on God alone, other locals say. Dozens of both Arab and foreign fighters are being stationed in the medical complex beside the Tigris river. Snipers occupy the higher floors of the hospital.

The same kind of thing is happening in other neighbourhoods near the river and on the southern outskirts of the city, which is where the pro-government forces are expected to come in from. IS fighters are taking control of taller buildings and making sure they can move easily between and through them. In the Ghazalani neighbourhood, one resident says suicide bombers have been lining up behind IS leaders and chanting to display their courage: Either victory or martyrdom, they shout.

Locals in the western part of the city can actually see the Iraqi national flag flying on the other side of the city, while the black flag of the IS group still hangs over their own heads. Desperate for news, they discuss every overheard snatch of conversation.

In terms of daily life, the besieged parts of the city haven’t had any deliveries of fresh food for weeks. What is available is being sold at extremely high prices and it seems likely that any stores still open will have to close soon. There is no fuel coming in either and some parts of the city are almost empty of vehicles.

There’s no gas for cooking or heating and locals share stories of how everyone is surviving in these conditions.

“We have started to use the furniture for cooking – we’ve already gone through the chairs, closets and beds,” one woman told NIQASH in a phone interview; throughout the interview she was coughing because of all the smoke in her house, she said. “Now we are onto the wooden doors. In the near future we are going to have to start burning our clothes, if the Iraqi army doesn’t come soon. It’s like we are living in a different era. Thanks to the Caliph [which is what the leader of the IS group likes to call himself] everything in here is black with smoke: The walls, our faces and everything else.”