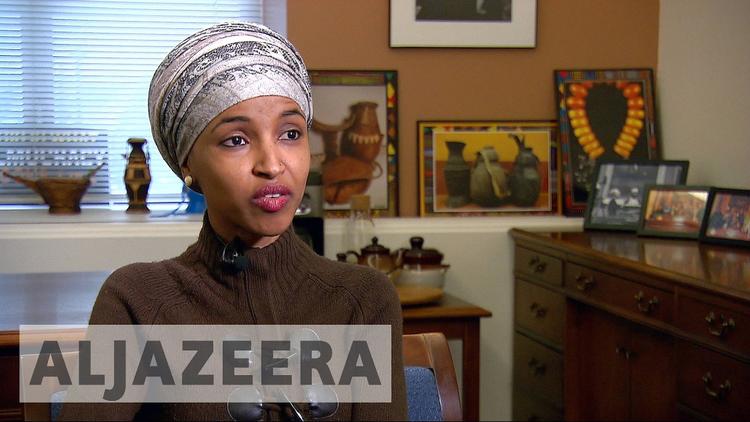 The large refugee community in Minnesota is a big target for bigotry, and tensions are expected to get worse. But they’ve got a plan.

In November 2015, Asma Jama, a Somali-born woman living in the Twin Cities, Minnesota, was waiting for her pasta alfredo at Applebee’s, chatting in Swahili with her family, when she was confronted by Jodie Burchard-Risch. Burchard-Risch demanded that Jama speak English or go home. Then, she smashed her beer mug in Jama’s face.

“I forgive you. And I hope that you choose love over hate.”

The attack was shocking and made national news. This past December, Jama spoke at the sentencing hearing for Burchard-Risch, who pleaded guilty to third-degree assault and will serve six months in jail. Jama recounted the fear she lives with after the attack, saying she no longer goes anywhere alone. Still, she spoke words of kindness to the woman who showed her none. “In front of everybody here,” Jama told the packed courtroom, “I forgive you. And I hope that you choose love over hate.”

Minnesota is home to the nation’s largest Somali population. And like so many Muslim communities throughout the United States, Minnesota Somalis are organizing to combat the Islamophobia stoked by Trump. The Minnesota Council on American-Islamic Relations (CAIR-MN) plans to activate 10,000 Minnesotans using a three-part strategy grounded in the belief that people will, when given a chance, choose respect and understanding instead of fear, following Jama’s example of rejecting hate.

CAIR-MN plans to use a combination of traditional organizing tactics and new outreach efforts to communities not historically engaged in this fight.

Successfully engaging thousands of people to fight Islamophobia depends on an understanding that Jaylani Hussein, executive director of CAIR-MN, laid out to about 60 Somali and non-Somali activists in late December. “Most Americans agree there is something wrong with how we are treating American Muslims,” Hussein said. “They know something is wrong, even if they cannot identify it.” As Trump’s presidency nears, Hussein told the room, “They know they’ve got to do something about it.”

Muslims expect American Islamophobia to intensify under Trump, and Somali Americans expect to be on the front line.

The Somali-American community had been the target of institutionalized Islamophobia prior to the campaign and subsequent election of Donald Trump. “The Somali community in Minnesota was at the blunt end of Islamophobia before this election,” says Hussein. “But it is a phenomenon that has outgrown all previous levels.”

The U.S. Census Bureau data estimates there are 40,000 Somali-speaking residents in Minnesota. Underreporting to the U.S. Census Bureau is common, though, and by some accounts, the number of Somalis—including resettled refugees, inter-state migrants, and native U.S.-born residents—could be twice as high. While Somali Americans have planted deep roots in the state, starting thousands of businesses and non-profit organizations, opening schools and mosques around the Twin Cities metro area and beyond, tension between the state’s largest Muslim population and native Minnesotans has risen in recent years.

The uncertainty and tension felt by Somalis result in part from the Somali identity inhabiting multiple American fault lines. Imam Hassan Mohamud put it bluntly: “We are Black. We are immigrants. We are Muslims.”

Mohamud, Imam at the Minnesota Da’Wah Institute, spoke at a recent anti-Islamophobia meeting, where he explained how Somali Americans feel the harsh rhetoric against Muslims, the anti-refugee rhetoric in general, and racism against African Americans. The compounding effect of this racism and Islamophobia has left Somalis feeling specifically targeted.

The compounding effect of this racism and Islamophobia has left Somalis feeling specifically targeted.

Last April, a Minnesota man crossed the border to Grand Forks, North Dakota, where he burned down a Somali-owned restaurant. The same month, former Minnesota Sen. Norm Coleman wrote an op-ed in the Minneapolis Star Tribune intending to address the number of Twin Cities-based individuals who returned to Somalia to fight in that nation’s civil war. In the piece, Coleman labeled Minnesota “ground zero” for radical Islamic terrorism and called out “a specific population—Somalis.” The letter was titled “The Land of 10,000 Terrorists.”

Perhaps the biggest source of concern in the Somali community—and the one that makes Somalis feel uniquely targeted by the U.S. government—is a Department of Justice program called Countering Violent Extremism (CVE). The program is meant to root out radicalization and extremism on U.S. soil, but it has led to controversy and fear among Somali Muslims. Mohamud and Hussein both agree that CVE’s policy of offering money into a resource-starved population in exchange for information about activities taking place within the community has left the Somali community divided. Muslim support for CVE is rare, Hussein explained, but many are in a position where they need to choose the money over their opposition to the program.

According to Mohamud and Hussein, CVE imbeds Islamophobia into government policy. “The program’s very premise is Islamophobic,” Hussein points out. It targets one community, Somali Americans, and builds suspicion that any individual in that community might be a source of radical extremism. That’s “the playbook of the Islamophobia network,” Hussein says, and it affirms the principle that Somali Americans are a threat to America.

This was the tense landscape in Minnesota even before Donald Trump arrived at Minneapolis-St. Paul International Airport on Nov. 6, two days before his election, to address his supporters. Trump said, “A disaster is taking place in Minnesota” as a result of lax vetting in refugee resettlement, “with very large numbers of Somali refugees coming into your state without your knowledge, without your support or approval.”

Trump didn’t refer specifically to the stabbing at a mall in St. Cloud, Minnesota, nor to the ISIS trial in which nine men were tried for providing support to the terrorist organization. But the message that he did share was clear: The Somali community as a whole is a threat to Minnesota. “You’ve suffered enough,” he told the crowd.

CAIR-MN’s overall strategy to fight Islamophobia is rooted in Asma Jama’s story of violence and forgiveness. She “has the literal scars (of Islamophobia) on her face,” and could have retreated after her attack, says Hussein. “But she chose love instead of fear.”

The first part of the strategy is to make conversations about Islam easier for everyone by “training the trainers.” CAIR-MN will provide the preparation for people to accurately combat the misinformation and fear used to perpetuate Islamophobia. Then, the trainers can talk to those who might be susceptible to that fear, those who have little contact with Muslims and are unfamiliar with Islam.

Islamophobia feeds on small pieces of misinformation that build a case for fear.

Islamophobia feeds on small pieces of misinformation that build a case for fear, says Hussein. That strategy succeeds because “people make decisions based on what they feel” and not what is true about Islam or Muslims.

The second part is to share success stories of the Somali community with non-Muslim Minnesotans to challenge the ugly narratives about Islam. Much of that sharing will take place on social media, used by many Somali youth. Hussein estimates that 50–60 percent of the Somali population in Minnesota is under the age of 40. They know English, have adapted to the culture, and are one of community’s best advantages in the fight against Islamophobia. The youth, Hussein says, are better able to communicate across the cultural divide—on the internet and off—without losing their own cultural identity.

Finally, CAIR-MN envisions an increase in traditional non-violent organizing tactics that raise public awareness, such as rallies and community education events. Mobilizing public events around Islamophobic incidents or targeted neighborhoods remains a crucial part in the fight against Islamophobia.

The most important element in these parts, Hussein stressed, is reaching beyond the existing participants of a conversation. Most people having conversations about Islamophobia in Minnesota are talking to people who agree with them, he points out. During Trump’s presidency, the only way to progress will be to hold conversations with people who disagree. “You can no longer say these people disagree with me or voted the other way, so I am not going to have a respectful conversation with them.”

Hussein would like to work with evangelical congregations, where pockets of Islamophobia can be found. Muslim outreach to evangelical Christians could “re-engineer how we communicate on this issue,” he says. “Without that outreach, we’re just talking to the same people we have already reached.”

Some Muslims use humor as a way to assuage the fear and uncertainty. Mohamud joked about an anti-Islamophobia sticker produced by a local organization that was translated incorrectly into Somali and Arabic, before moving to a sincere plea to recognize that “not all Republicans” are Islamophobes. He related the story of former Utah Sen. Bob Bennet’s dying remarks to Muslims, in which he apologized for his party’s embrace of Islamophobia.

Hussein opened his meeting at CAIR-MN with similar levity, joking about the election even as the fear created by Trump’s victory animated the room. There are reasons to be positive. From the election of the nation’s first Somali representative, Ilhan Omar of Minneapolis, who was sworn in last week, to the overwhelming interest in fighting Islamophobia that has emerged since Election Day, Somalis are hopeful.

The Somali community in Minnesota is a big target for bigotry, and tensions are expected to get worse. But in their experiences of facing both institutional and societal Islamophobia, their resilience and optimism is evident.