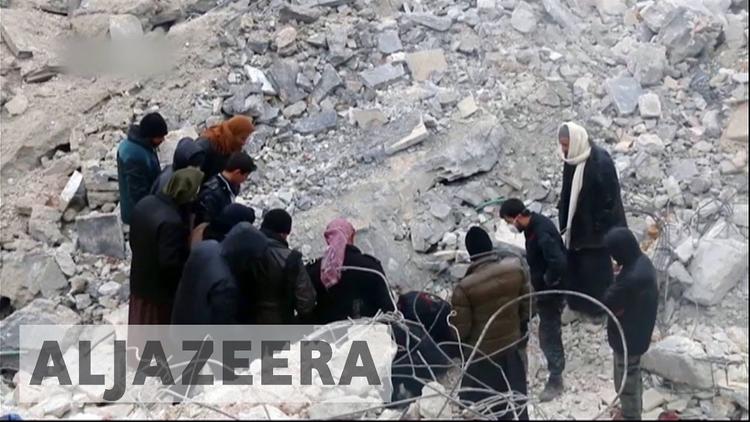 “It was right after prayers at a time when there are usually religious lessons for men in it,” one witness told AFP.

On Thursday the U.S. government confirmed that it carried out an airstrike in Syria which, according to AFP, struck a mosque killing 46 civilians.

A spokesperson for U.S. Central Command initially denied that the bombing had targeted the mosque, saying instead that it had attacked a meeting closeby held by al-Qaida in Syria.

However, the same spokesperson later told AFP reporters that while the precise location of the strike was “unclear”, it was the same one widely reported to have hit the village mosque late on Wednesday night in Al-Jineh, in Aleppo province.

Abu Muhammed, a village resident, told AFP that he “heard powerful explosions when the mosque was hit. It was right after prayers at a time when there are usually religious lessons for men in it.”

“I saw 15 bodies and lots of body parts in the debris when I arrived. We couldn’t even recognize some of the bodies,” he added.

The Syrian Observatory for Human Rights reported that 46 people were killed in the attack and over 100 wounded.

“We are going to look into any allegations of civilian casualties in relation to this strike,” said Colonel John J. Thomas, a spokesman for U.S. Central Command.

The U.S. reported this month that its attacks in Iraq and Syria had killed at least 220 civilians since 2014, though most human rights groups say the numbers are much higher.

Just last week, a Pentagon investigation into a U.S. attack on Yemeni village which killed dozens of women and children absolved military personnel of any war crimes.