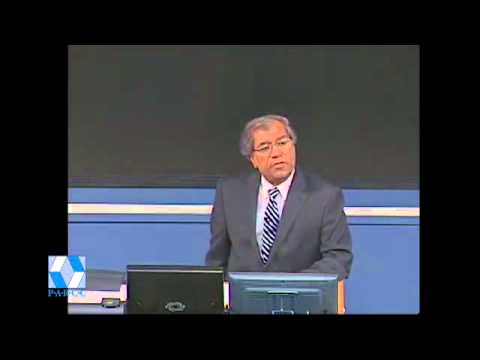 BETHLEHEM (Ma’an) — A new poll was released by the Jerusalem Center for Public Affairs on Tuesday, revealing that the majority of Israelis oppose any Israeli withdrawal from the occupied West Bank, while 79 percent of Israelis believe its important to maintain a unified Jerusalem under Israeli control, in contradiction to longstanding international peace negotiations and international law.

The poll, which was conducted among 521 Jewish Israelis over the age of 18, is said to represent the adult Jewish Israeli opinion on the decades-long Israeli-Palestinian conflict.

According to the poll’s findings, Israeli support for a military withdrawal from the West Bank, now in its 50th year under Israeli occupation, has gradually decreased in the last 12 years, with the percentage of those supporting a withdrawal as part of a peace agreement declining from 60 percent in 2005 to just 36 percent in 2017.

When it came to completely withdrawing from the entirety of the occupied West Bank, 77 percent of Israelis opposed such a move. Meanwhile, regarding the withdrawal from the territory — but excluding large Israeli settlements blocs constructed in Palestinian territory in violation of international law — the majority of Israelis (57 percent) still opposed it.

However, opposition to an Israeli withdrawal from the Palestinian territory slightly subsided (44 percent) if the illegal settlement blocs were annexed into Israeli territory and a future Palestinian state remained demilitarized.

Concerning the Jordan Valley, a crucial area of the Palestinian territory and any future Palestinian state, an overwhelming 81 percent of Israelis said that it was important for the Israeli government to exercise continued sovereignty over the area.

The poll also revealed that Israelis have a committed and long-term expectation of maintaining full security control over the occupied West Bank, with 76 percent of those polled expressing their approval of Israeli authorities continuing to control the West Bank owing to various security concerns.

Meanwhile, 79 percent of Israelis believe its important to maintain a unified Jerusalem under Israeli control, with 52 percent opposing any division of Jerusalem into “Jewish and Arab sectors.” When the status of occupied East Jerusalem and its potential incorporation into an independent Palestinian state as the capital was added to the questioning, the opposition to dividing Jerusalem increased to 59 percent.

The vast majority of Israelis (83 percent) opposed transferring Al-Aqsa Mosque — known as the Temple Mount among Jews — to Palestinians.

The fate of Jerusalem has been a focal point of the Israeli-Palestinian conflict for decades, with numerous tensions arising over Israeli threats regarding the status of non-Jewish religious sites in the city, and the “Judaization” of East Jerusalem through settlement construction and mass home demolitions.

With a backdrop of routine Israeli military violence and the escalation of Israel’s illegal settlement enterprise in the Palestinian territory, Palestinians have become disillusioned by attempts at solving the decades-long conflict, with many expressing their lack of hope in any political solution.

The Israeli government has also streamlined bills that many critics have said is specifically aimed at a gradual annexation of the occupied West Bank.

Last month, the Knesset passed the outpost Regularization law, which states that any settlements built in the West Bank “in good faith” — without knowledge that the land upon which it was built was privately owned by Palestinians — could be officially recognized by Israel pending minimal proof of governmental support in its establishment and some form of compensation to the Palestinian landowners.

Meanwhile, right-wing Israeli Knesset members have also spearheaded a bill to annex the massive Maale Adumim settlement. Maale Adumim is the third largest settlement in population size, encompassing a large swath of land deep inside the occupied West Bank’s Jerusalem district. Many Israelis consider it an Israeli suburban city of Jerusalem, despite it being located on occupied Palestinian territory in contravention of international law.

While members of the international community have rested the solution to the Israeli-Palestinian conflict on the discontinuation of illegal Israeli settlements, Israeli leaders have instead called for an escalation of settlement building in the occupied West Bank, and with some having advocated for its complete annexation.

PARCC: “The Meaning of Success and the Cost of Failure for Palestinians and Israelis – Khalil Shikaki”