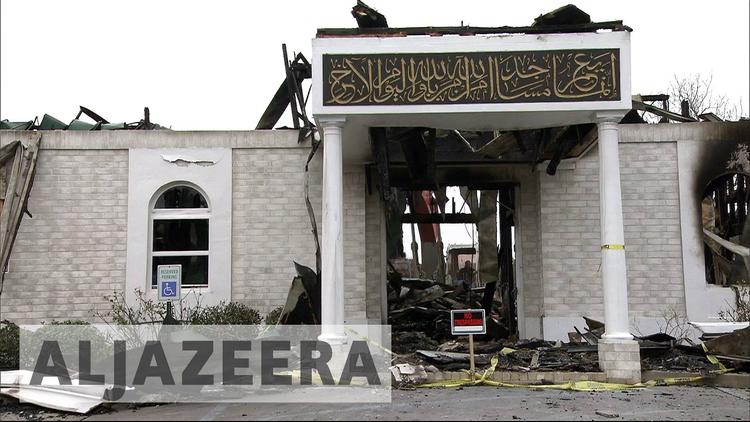 An interview with Hatem Abudayyeh, head of Chicago’s Arab American Action Network, on the rising criminalization of Arab and Muslim life in the US.

In September of 2010, American federal agents in Chicago unjustifiably raided the Jefferson Park residence of Hatem Abudayyeh, Executive Director of Arab American Action Network (AAAN), in a time that federal agents were executing search warrants in residences and offices of several people in Chicago and in Minneapolis. Some of many "Muslim hunts" happening since the 9/11 attacks

The FBI agents took away a computer, video tapes and a cell phone of the Muslim civil rights leader. "They took everything in my home that had the word Palestinian on it," Abudayyeh said. The federal investigation was focused on whether Abudayyeh and the others have funded foreign terrorist organizations. Abudayyeh has never been charged

According to the AAAN leader, a son of Palestinians, the FBI then targeted him merely for having a pro-Palestinian view. "This is a massive escalation of the attacks on people that do Palestine support work in this country and anti-war work," said Abudayyeh at the University of Wisconsin-Milwaukee, three months later as he refused to grant an interview to ABC. "We’re not going to stop speaking out against the war. We’re not going to stop speaking out against U.S. support of Israel’s violations of the Palestinian people."

In this interview, Hatem Abudayyeh speaks out about President Donald Trump’s executive order on immigration that bars citizens of Muslim-majority countries from entering the United States for the next 90 days, and refugees from around the world for four months. He says: "Trump and the other racists and white supremacists in his government are extremely dangerous, not only to Arabs and Muslims, but also to immigrants in general, black people, workers, women, and all other marginalized and oppressed communities in the US. I believe that Trump wants to truly ‘make American white again.’"

He states that Arabs and Muslims want to live in peace and dignity, as many of them have been intimidating and a number of their organizations devoted to social services, youth programming, and cultural outreach have been shut down in the "cradle of democracy."

Nothing has changed in the United Police States of America since the oppression he suffered in 2010, in the name of an endless "War on Terror" which spreads fear, violence and hate in the country and all over the world. "Post 9-11 policies have criminalized Arabs and Muslims to such an extent that we are living in constant fear of detention, deportation, surveillance, and general repression," he says. "Our community is facing massive, documented surveillance and repression."

But not only that, according to the Muslim activist: "He (Trump) criminalizes Arabs and Muslims in the U.S. to get support from the people here for imperialist goals in our countries abroad."

Nothing has changed in US "security policy" (a euphemism for institutionalized crimes) since the dark years of George W. Bush – but a world and the United States themselves much more insecure. That is all that totalitarian powers need to justify the lack of civil liberties and hard-line policies in general, in order to dominate and explore.

Below, the full interview with Hatem Abudayyeh.

Edu Montesanti: Hatem Abudayyeh, thank you so very much for granting this interview. Would you please tell us how the Arab American Action Network (AAAN) works?

Hatem Abudayyeh: The AAAN was established in 1995 to provide support to the Arab community of Greater Chicago in the areas of community organizing, advocacy, social services, youth programming, and cultural outreach.

It is unique in that we are the only Arab organization in Illinois, and one of the very few in the entire U.S. that challenge structural and institutional racism and national oppression with a grass-roots, base-building organizing lens.

We provide leadership development for youth and immigrant women, and the most affected community members lead our campaigns for social justice and systemic change.

What does it mean being an Arab in the United States today, especially Muslim Arabs after Sept. 11, 2001, and what has changed since President Donald Trump won the U.S. election?

Arabs in the U.S. have faced national oppression and racism for many decades, since way before 9-11 and now Trump, but the challenges are much more acute now.

Post 9-11 policies have criminalized Arabs and Muslims to such an extent that we are living in constant fear of detention, deportation, surveillance, and general repression.

A number of our organizations have been shut down; prominent individuals like Rasmea Odeh have faced political indictments; and the court system, the media, the educational system, and others have made it very intimidating for Arabs and Muslims to live here in peace and dignity.

In his inauguration speech, President Donald Trump called for the “civilized world” to unite “against radical Islamic terrorism, which we will eradicate completely from the face of the Earth.” Later, President Trump confirmed Rep. Mike Pompeo as head of the CIA: Pompeo is a Tea Party Republican. Pompeo favors the reinstatement of “waterboarding, among other torture techniques”. He views Muslims as a threat to Christianity and Western civilization. He is identified as “a radical Christian extremist” who believes that the “global war on terrorism” (GWOT) constitutes a “war between Islam and Christianity.”

Trump and the other racists and white supremacists in his government are extremely dangerous, not only to Arabs and Muslims, but also to immigrants in general, Black people, workers, women, and all other marginalized and oppressed communities in the U.S.

There is not much of a difference between Republicans and Democrats in this country, especially when it comes to U.S. foreign policy and even most domestic and economic policy, but Trump is clearly different.

He is clearly pandering to the worst racism in U.S. society, has put avowed white supremacists in his government, and is attacking immigrants, Black people, and workers with every executive order that he signs.

The specific attack against Arabs and Muslims serves a very specific cause, a cause that has been served by every president since 9-11; i.e. to justify U.S. foreign policy in the Middle East — invasion, occupation, support for the destabilization of Syria, the threats against Iran and Lebanon, etc.–the government here needs to put a local face on the "enemy" abroad.

He criminalizes Arabs and Muslims in the U.S. to get support from the people here for imperialist goals in our countries abroad. Yes, Trump and Pompeo are ultra-right radical racists, but this is just a continuation of imperialist policy, albeit maybe more devastating.

How do you see Trump’s executive order on immigration that bars citizens of Muslim-majority countries – Iran, Iraq, Libya, Somalia, Sudan, Syria and Yemen – from entering the United States for the next 90 days, and refugees from around the world for four months?

I believe that Trump wants to truly "make American white again." The Muslim ban and previous executive order implementation memos have the express intent of banning immigrants of color from coming here, and kicking out others who are already here–mostly Mexicans and Central Americans.

The AAAN does not believe that these policies are only affecting Arabs and Muslims. In fact, the people who are and will bear the brunt are Latinos, who constitute the largest population of undocumented immigrants in this country.

The vast majority of them work and pay taxes and try to support their families here, but Trump wants to deport them all. He is claiming that they have "broken the law," but the only thing broken is our immigration system, which has a massive backlog of applications for people trying to become permanent residents.

They have been here for years and years, and have mostly been forced here because of neo-liberal economic policies like NAFTA and CAFTA, but now they are being threatened daily with deportations.

Trump is a racist autocrat who is using executive actions to try to make the country look more like what his supporters want it to, i.e. the white European politically dominated society of the 30s, 40s, and 50s in the U.S.

How will it affect U.S. society and the world in the coming years?

We have not seen the kinds of daily, consistent protests like those triggered by Trump and his racism since the civil rights era, and it is clear that they will not slow down. At the same time that immigrants are under attack, Black people and their Black Liberation Movement are as well, as evidenced by the Trump plan to rescind Obama’s policy of phasing out private prisons, and the Trump administration’s propaganda attacks on the Movement for Black Lives and its demands that law enforcement in this country stop its racial profiling and killing of Black people.

From a massacre in a Black church and armed white racists protesting against mosques to an Indian American shot because he looked Arab and Latinos being assaulted by white mobs, Trump’s America looks very much like "Bull" Connor’s America in Alabama in the 50s and 60s.

But like the civil rights movement in Alabama and throughout the U.S., people today will not allow themselves to be victims. They will defend themselves, they will resist, and they will fight back.

And Trump’s policies will be stopped by the masses like the Muslim ban was. The federal court that froze the ban stated clearly that it had caused "chaos," meaning our resistance, mass protests, and shutting down of airports had as much to do with the court decision as the unconstitutionality of the ban.

You once denounced FBI repression against activists, and you were a victim of an FBI raid in 2010. Does it still happen? Do you and your community feel victimized by any surveillance and repression?

Our community is facing massive, documented surveillance and repression. There are thousands of FBI informants in our communities staking out mosques, community centers and small businesses.

A federal program started by Obama’s administration, called Countering Violent Extremism (CVE), gives massive amounts of money to communities to target young Arabs and Muslims, and considers our community to be extreme, but not the white supremacists who have perpetrated more terrorist attacks than anyone else in this country over the years.

Most specifically, we believe that surveillance and political repression affects Palestinians and their supporters the most, from students advocating for Palestinian rights and the Midwest 23 to community-based Palestinian organizations and the aforementioned Rasmea Odeh.

Political criticism of Israeli occupation and colonization is becoming the norm in this country, and the U.S. government, because of its unequivocal support of Israel, needs to repress Palestine support organizing to continue to ensure that Israel remains its watchdog in the Arab World.

Edu Montesanti is an independent analyst, researcher and journalist whose work has been published by Truth Out, Pravda, Global Research, and numerous other publications across the globe.