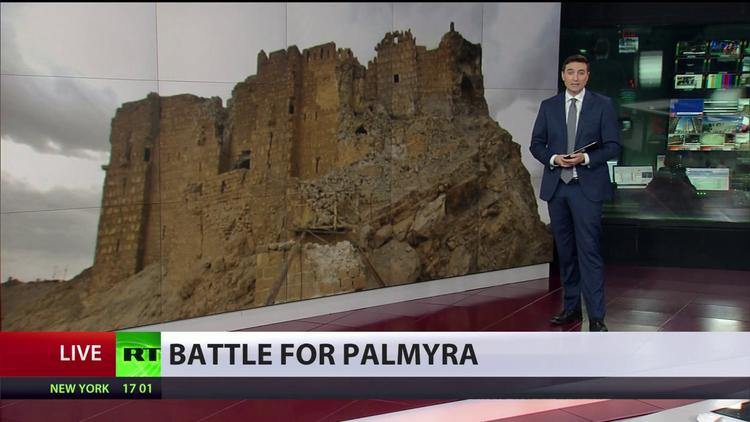 The so-called Islamic State group [ISIL] has razed ancient monuments during both of its spells in control of Palmyra, a destruction the United Nations has condemned as a war crime.

Syrian government forces and their allies fought their way into Palmyra Wednesday, driving back ISIL who have held the historic city since December, the Syrian Army said.

“The army’s entry to the city will begin very soon,” A Syrian military source told Reuters earlier Wednesday. The army said it had captured an area known as the “Palmyra triangle” a few miles west of the city after rapid advances in recent days backed by Russian air strikes.

A media outlet affiliated with Hezbollah, the Lebanese Shiite group fighting alongside the Syrian government, reported that the Syrian army and its allies had recaptured the Palmyra citadel, on the city’s western outskirts, and seized a modern palatial complex to the southwest.

ISIL has captured Palmyra, whose ancient ruins are a UNESCO World Heritage Site, twice during Syria’s six-year conflict. But the army recaptured the city from the ultra-hardline group in March 2016, while ISIL seized it again in December.

The group has razed ancient monuments during both of its spells in control of Palmyra, a destruction the United Nations has condemned as a war crime.

Photos published on an ISIL Telegram account Wednesday showed the group’s fighters firing at the Syrian army with rockets and a tank, Reuters said.

ISIL first captured Palmyra from the government in 2015. During its first period in control of the site, the extremists destroyed monuments including a 1,800-year-old monumental arch.

Most recently, the group has razed the landmark Tetrapylon, a platform with four columns at each corner, and the facade of Palmyra’s Roman Theatre. Palmyra, known in Arabic as Tadmur, stood at the crossroads of the ancient world.