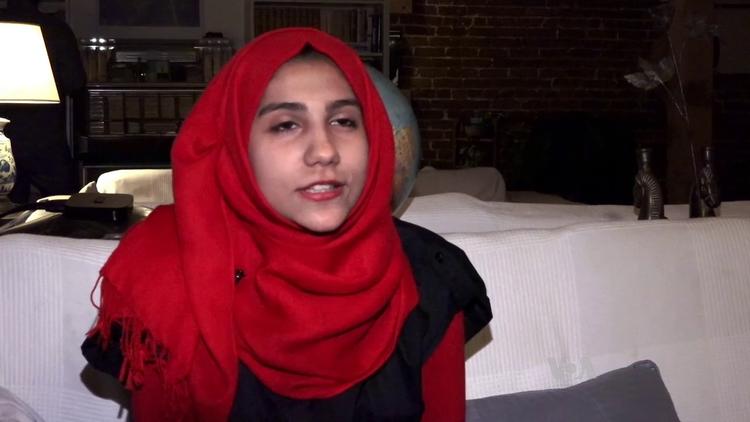 Reuters Arabic reports that a wave of anger swept the Syrian refugee camps of southern Lebanon Monday and Tuesday when they learned that Trump intends to ban Syrians and five other nationalities from coming to the US for at least 3 months and all refugee entries for 6 months.

Reuters says that Sultan Jalloud and Abdallah al-Omar expressed their sorrow on waking up to hear the news. Jalloud said that recently his son had gone on ahead to the US as a refugee, being over 18, and the consular officer had told him that Sultan and the rest of the family would be able to join him in a couple of weeks. Now it won’t happen.

Al-Omar complained that in Akkar where he and his family had fled from Homs, the Lebanese authorities did not so much as let them go for a walk. “What is left, but for them to cut off our air and drinking water entirely, since our lives here amount to nothing?”

Trump’s Syria ban has already had a huge negative impact on the position of Syrian refugees in Lebanon, since it encouraged Lebanese President Michel Aoun, a Christian, to emulate it and to call for the expulsion of the 1.5 million Syrian refugees in that country of 4 million. If the Syrians stayed permanently, they would change the balance of power in the country toward the Sunni Arabs, whereas at the moment the Shiite Muslims are likely the largest single ethnic group, with the Christians 3rd at 22% if we count the children.

Note that all Syrians are denied visas for at least 3 months and no refugees will be accepted for at least 6 months. One implication is that the Syrian Kurds of the northeast, among whom US troops are embedded in the fight against ISIL, have just been slapped in the face. How can you say you are allies and at the same time say you don’t trust them?

The first attempt at a ban on Syrians, which was stayed by the courts, elicited from one Syrian refugee an open letter to Trump. The upshot? Refugees are not terrorists and excluding them won’t make the US safer. Refugees are themselves victims of terrorism. (Department of Homeland Security statistics bear him out).

There are at least 150,000 Syrian-Americans, though the true number is much vaster. In 1880-1924 a large number of Syrian Christians came to the US, and they typically married into other Christian families here, so that they did not retain a strong Syrian identity.

For those Syrian-Americans without permanent residency or citizenship, Trump’s ban means they cannot see family members and friends still abroad. Likely this EO interferes with the lives of millions of people. No Syrian-American has committed any terrorism in the US in this century, and very large numbers of Syrians in the US are physicians and engineers.

The Obama administration had admitted almost no Syrian refugees before 2015. In 2016 the US allowed in a little over 12,000 Syrians, out of nearly 85,000 refugees that year. American allies have been far more generous.

Note that the US is responsible for the creation of Syrian refugees. It sent weapons to fundamentalist rebels via the Saudis, prolonging the war and leading to the displacement of people. It also subjected eastern Syria to massive bombing raids, along with allies it enlisted in this endeavor. This bombing may have been justified, since it was aimed at defeating Daesh (ISIS, ISIL). But the US does bear moral responsibility for the cosequent flight of people from the bombs. Why Washington thinks it can go around inflicting massive violence on other societies without accepting any responsibility at all is a mystery. But then being Trumpist means never saying you’re sorry.