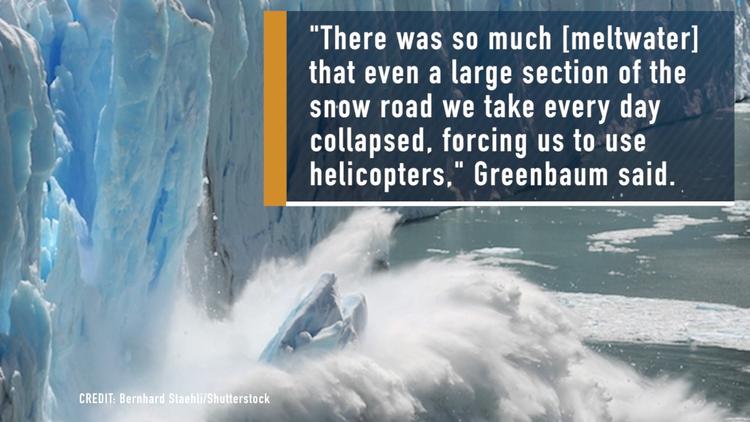 The World Meteorological Organization of the United Nations issued its annual report on the climate on Tuesday, making a full and final assessment of 2016.

It was not good news.

It was big news, but it wasn’t good news. Also, surprise, it wasn’t reported on most television “news,” otherwise known as babysitting for adults.

“Warming continued in 2016, setting a new temperature record of approximately 1.1 °C above the pre-industrial period, and 0.06 °C above the previous highest value set in 2015.

Last year was the warmest year on record in North America. What was strange about the unusual warmth of 2016 was, moreover, how widespread it was over the globe. And it hit the oceans, as well. In fact, the heat in the seas actually literally killed fish around Fiji! And it killed off a lot of coral.

The average global temperature is about 2 degrees Fahrenheit higher than it was in 1750 before the industrial revolution and modern agriculture spewed so many billions of metric tons of carbon dioxide into the atmosphere! CO2 is a greenhouse gas that interferes with the earth’s ability to radiate back out to space the heat it receives from the sun, trapping it. The more heat that is trapped, the hotter the earth will get over time on average.

2 degrees F. is more than it sounds, because it is a global average, including the very cold oceans and the arctic and Antarctica. In some places, the increase has been more.

Even worse, the rate of increase is speeding up. That’s alarming, that 2016 was 0.06° C. hotter than just the year before!

Scientists are concerned that if we get much beyond a 2° C./ 3.6° F. increase, the climate could start to become dangerously unstable. It could result in much less rainfall in some places and megastorms in others. Not to mention that some gigantic glaciers will plop into the ocean that all by themselves could raise sea-levels rapidly and significantly. But at the rate we’re going, the likelihood of us halting the increase at 3.6° F. is ridiculously low. On the other hand, the lower we can keep the increase, the better off we and our descendants will be.

We’d like to avoid a 4 C. / 7 F. world at all costs. But the average increase could go on up to 12° F. if Rex Tillerson gets his way and we burn up all the fossil fuels. That would be inconvenient in the extreme for a lot of people on earth.

All this is because:

I know most people don’t read print newspapers anymore, but in the old days we would say that this should have been a massive headline above the fold. What would you say now? It should have dominated people’s social media feeds? It is more important than Russian fake news and cute kitten videos?

We have surpassed 400 parts per million of carbon dioxide in the atmosphere! In 1750 it was like 280 ppm. That’s why the temperature has gone up 2 degrees F. since then! Lots more greenhouse gases in the atmosphere. There is no known way to get the CO2 back out of the atmosphere artificially! A lot of it will go into the ocean, which is a carbon sink, but that will vastly increase the acidity of the ocean and kill off half of marine life. 10% of the 7.4 billion human beings mainly live on marine life. The rest will get washed out of the atmosphere by binding with igneous rock. That will take at least 100,000 years. It’s going to be hyper-tropical for a long time. Maybe we can splice into ourselves some genes from tropical fauna to make it more bearable. That won’t help with the megastorms, though. And we can’t really do that gene splicing thing anyway, at least so far.

Ice shelves in the ocean already don’t contribute to sea level rise when they melt, but if it is melting so is the surface ice. And you really don’t want surface ice melting if you live anywhere near a seashore.

And just in case you’re wondering, yes, this is something we are doing with our gasoline, natural gas and coal emissions.. It may be exacerbated by weather cycles, but we’re causing the maximum weirdness of it.

The report notes, “Globally, sea level has risen by 20 cm [about 8 inches] since the start of the twentieth century, due mostly to thermal expansion of the oceans and melting of glaciers and ice caps.”

There are other things in the report, such as the natural disasters that have a component of human-caused climate change, including typhoons and hurricanes and droughts. You figure at least 20% of any of these is likely driven by the greenhouse gases we’ve all been belching into the atmosphere.

So there we have it, folks. We live in a country where the head of the EPA can lie about what is going on and why it is going on without fear of accountability.

The onus is now on us as individual Americans to do the right thing by the earth and reduce our carbon footprint. Here’s some ways we can resist Pruitt’s anti-EPA and help save the planet.