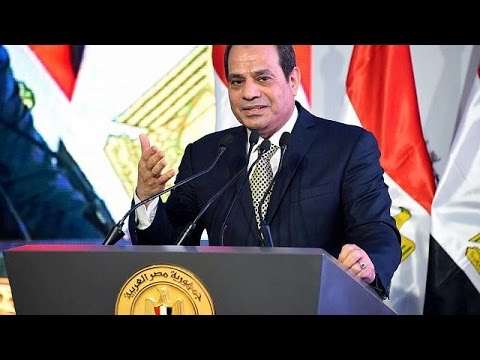 MADRID – US President Donald Trump has put on the back burner an executive order that would designate the Muslim Brotherhood as a terrorist group. He should leave it there permanently. Inclusive governments that are seen to represent the overwhelmingly devout Muslim societies of the Arab world are a vital antidote to global jihadism.

To be sure, the Muslim Brotherhood has not always fully embodied democratic values. In Egypt, for example, President Mohamed Morsi’s government treated democracy as a winner-take-all proposition – and was ousted after little more than a year.

But addressing such shortcomings by ostracizing legitimate religious-political options merely reinforces jihadist recruiters’ argument that violence is the only way to secure reform. That’s what happened when Abdel Fattah el-Sisi – Morsi’s successor after the 2013 coup d’état – adopted a zero-sum approach to the Muslim Brotherhood.

Where Islamist parties have been given space for political action, they have shown a capacity to take advantage of it, often advocating political participation as a superior alternative to violence. And, indeed, Islamist parties, including the Muslim Brotherhood, are engaged in legitimate political activities in several countries – activities that have often driven them to moderate their views.

Politics, unlike religion, is a realm not of eternal truths, but of rational calculations. To govern effectively, one must build alliances and coalitions, including with secular and liberal parties. Given this, political engagement naturally tends to pull parties toward moderation, a phenomenon we have seen time and again in the Arab world.

In Morocco, when the Justice and Development Party (PJD) entered politics in 1997, “Islamization” was at the heart of its electoral platform. Likewise, Tunisia’s Ennahda (Renaissance) party was originally shaped by the legacy of the Iranian revolution and the thinking of radical Islamist critics of Western values, such as Sayyid Qutb, a leading Muslim Brotherhood theorist in the 1950s.

But both the PJD and Ennahda – which came to power in their respective countries in 2011 – have for years been edging toward moderation, even secularization. They have deemphasized some of their radical principles to accommodate key tenets of secular democracy, such as cultural pluralism and freedom of expression.

In 2003, in response to a terror attack in Casablanca, the PJD created a clear division between the political party and the religious movement that created it, and unconditionally renounced violence. Unlike a jihadist group, which would have happily taken credit for such an attack, the PJD wanted to make it clear that it neither inspired nor condoned such actions. In 2015, Ennahda, too, separated the movement that promotes religious values from the party that adheres to the secular logic of the political game.

Critics who argue that these parties were merely maneuvering tactically are not entirely wrong. But such tactical moves can lead to strategic and even ideological shifts. Indeed, once separated from the constraints of religious dogma, the political branches of both parties distanced themselves from their fundamentalist Islamist roots.

Involvement in politics also had a moderating impact on Egypt’s Muslim Brotherhood. While Morsi was president, he respected Egypt’s peace agreement with Israel and even played a key role in brokering a ceasefire in the 2012 conflict between Israel and Hamas. Those decisions demonstrated his resolve to uphold Egypt’s role as a force for regional stability, which implied refusing to allow his ideology to drive him toward a radical foreign policy.

Algeria’s Islamists took a slightly different route, moderating their politics after their defeat in the devastating civil war of the 1990s. While the memory of that civil war is now fading, the example of the conflicts in Syria and Libya – together with the political engagement of Islamist parties, such as the Movement for the Society of Peace – is enough to drive most young Algerians away from jihadism.

Just as political participation can encourage moderation, political exclusion can reinforce radicalism. Consider the case of Hamas, which is not a global jihadist movement, but rather a nationalist Islamist organization whose iron-fisted rule in Gaza brooks no dissent.

One might argue that the international community’s refusal to recognize Hamas’s victory when it came to power in an election in 2006 stymied the movement’s potential for moderation. After all, in contrast to global jihadist groups like the Islamic State and al-Qaeda, Hamas has often flirted, however obliquely, with a more conciliatory approach toward Israel.

Even without political recognition, Hamas has reportedly decided to publish a new charter without the rampant anti-Semitism found in the current one. There is also reason to believe that Hamas would accept a two-state solution, and declare its independence from the Muslim Brotherhood, in order to facilitate its reconciliation with Egypt and other leading Arab states.

If Hamas does prove itself to be moving toward greater political pragmatism, it should be encouraged. In particular, Israel should treat Gaza as if it were an independent state and promote its stability. This means ending Israel’s blockade – which has served only to fuel more extremism and war – and granting Gazans control over their own seaport for trade and travel.

Creating space for benign expressions of Islam in the public sphere is essential to defeat global jihadism. Only when the war against jihadism shifts from the battlefield to the political arena can Arab societies move toward a more secure and prosperous future.

Shlomo Ben-Ami, a former Israeli foreign minister, is Vice President of the Toledo International Center for Peace. He is the author of Scars of War, Wounds of Peace: The Israeli-Arab Tragedy.