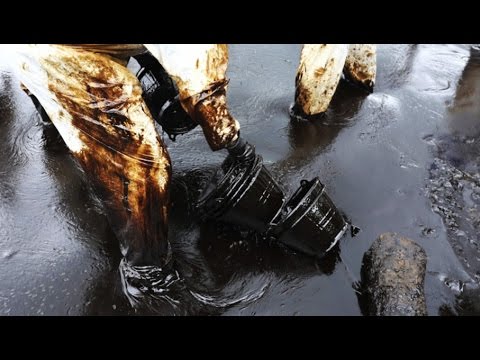 Even before it is fully operational, and after months of demonstrations by Indigenous and environmental groups that warned of the same, the Dakota Access Pipeline has already suffered its first leak.

The April 6 leak, only uncovered this week by local South Dakota outlet Aberdeen News, saw 84 gallons of crude oil spilled at a South Dakota pump station, according to government regulators, the Guardian reported.

While the leak was quickly contained and cleaned, Indigenous leaders and activists who had been involved with protesting the pipeline’s expansion for months, say the leak raises fresh concerns about the environmental impact of the project, as well as its damage to Native American sites.

“They keep telling everybody that it is state of the art, that leaks won’t happen, that nothing can go wrong,” said Jan Hasselman, a lawyer for the Standing Rock Sioux tribe, who have been fighting the project for years. “It’s always been false. They haven’t even turned the thing on and it’s shown to be false.”

Hasselman added that the incident only reveals that a more robust environmental assessment, that the Standing Rock Sioux tribe have long been calling for, is needed.

“It doesn’t give us any pleasure to say, ‘I told you so.’ But we have said from the beginning that it’s not a matter of if, but when,” the Earthjustice attorney told the Guardian.“Pipelines leak and they spill. It’s just what happens.”

For Standing Rock Sioux tribe chairman Dave Archambault II, the spill is another indicator that the courts should intervene.

“Our lawsuit challenging this dangerous project is ongoing, and it’s more important than ever for the court to step in and halt additional accidents before they happen — not just for the Standing Rock Sioux Tribe and our resources but for the 17 million people whose drinking water is at risk,” he said in a statement.

Energy Transfer Partners, the company behind the pipeline, made no public announcements about the spill after it occurred. Brian Walsh, an environmental scientist with the South Dakota department of environment and natural resources, said the department only issues a statement when spills pose an “imminent threat.”

Hasselman objected, saying these kinds of spills should be immediately disclosed.

“What kind of oversight and accountability is there if no one even finds out about these things until weeks later?”

Despite the mass demonstrations against the pipeline since early 2016, the Trump administration expedited the final stage of the pipeline’s construction when it came to power, dismissing former U.S. President Barack Obama’s denial of a key permit for the project toward the end of his presidency. Protesters were also forced to evacuate their protest camp at the site of the pipeline.