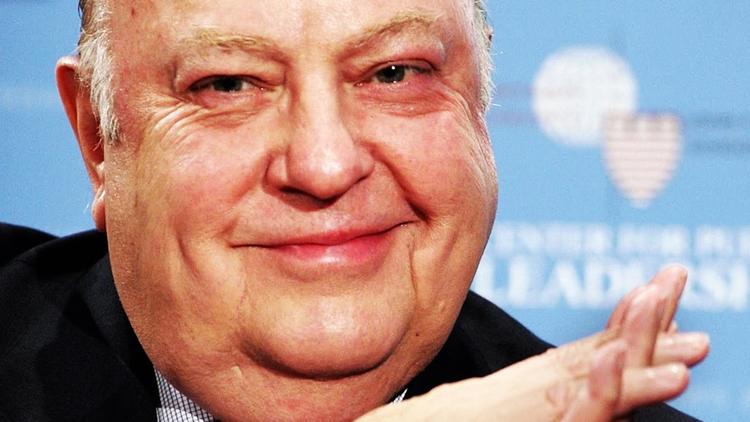 The founder of the right-wing network inflicted harm on the body politic that may be impossible to heal.

Fox News creator and former chief Roger Ailes, who died at 77 last week from complications after a fall in his Florida home, may have been the most significant political figure of the last 35 years — which isn’t necessarily a compliment to those of us who believe media mavens shouldn’t also be political operatives.

Ailes was a political acolyte of Richard Nixon, and Nixon was a media acolyte of Ailes. It was a perfect and powerful alliance — two outcasts seeking retribution. Nixon’s great contribution to American politics was to take his personal umbrage, a lifetime of slights, and nationalize it. Like so many among the aggrieved, he aspired to be an insider and was tormented by not being admitted to their ranks. In anger, he took them on, especially those he regarded as haughty elites — accused spy Alger Hiss, who was the personification of the Ivy-educated aristocrat and on whose takedown Nixon built his career; John Kennedy, who was everything Nixon wanted to be and wasn’t; and the entire liberal establishment, which would denigrate and denounce him as he rose through the political ranks. He became the avatar for every person who had suffered the same disdain and abuse, and he turned Republicanism into a therapeutic movement of social vengeance.

Ailes was no less an outcast. Born in small-town Ohio, a pudgy hemophiliac bedridden for months at a time, bullied and baited, he nursed grievances against the same folks as Nixon. When they met, while Nixon was making an appearance on The Mike Douglas Show, which Ailes produced, Ailes found his vehicle. Ailes converted his resentments and Nixon’s into a media message, and just as Nixon was able to nationalize it politically, Ailes would eventually nationalize it media-wise, first by becoming Nixon’s communications adviser, and then by bringing that experience to television news.

It was no accident that Nixon and Ailes not only shared grievances, but also constituencies. The base of conservatism — especially those angry old white men who had supported Nixon — would be the viewership of Fox News, too. These were people who felt the world slipping away from them in the tumult of civil rights, feminism, counter-culturalism and multiculturalism; people who abhorred change; people who felt the political system was stacked against them; and more. The vector of history was pointed in the wrong direction: forward. Politically, they blamed Democrats, who seemed sympathetic to change. Culturally, they would come to blame the media, which reported on this new narrative of a changing world without expressing disapproval of it.

Exploiting the latter was Ailes’ job. He constructed a snarling counternarrative in the media in which social change was not a sign of progress but rather a sign of decadence and decay. If you boil Fox News down to one basic idea, this is it: White people are losing the world, the world is going to hell as a result, and liberal elites, including the liberal media, ought to pay.

If you boil Fox News down to one basic idea, this is it: White people are losing the world, the world is going to hell as a result, and liberal elites, including the liberal media, ought to pay.

Degrading the mainstream media wasn’t easy, despite these willing, disgruntled viewers, readers and listeners. For one thing, before Fox News, most people actually trusted the media. (CBS Evening News anchor Walter Cronkite was famously called the most trusted man in America.) The mainstream media weren’t perceived as politically biased, and though there was certainly partisanship in newspapers, many of which tilted left or right, broadcast TV news was anodyne. Having to appeal to large swaths of the public and terrified of alienating prospective viewers, TV journalists generally walked the line between left and right. They reported. They didn’t editorialize. Or at least they didn’t think they editorialized.

And that is where Ailes came in. In essence, he convinced his public that simple reporting was a form of editorializing. He suggested that the media’s so-called “facts” about the changing world were an endorsement of that world, and he claimed to be exposing media bias in order to correct it. In a way, he took seriously Stephen Colbert’s joke, “It is a well-known fact that reality has a liberal bias.” But it could only happen because cable television, unlike broadcast television, could survive on a relatively small demographic niche like angry old white men. In Fox News, they found an outlet for their rage.

You could say that Fox News gave voice to those who felt voiceless, though it might be more accurate to say that he gave voice to those who were so filled with enmity that they seemed on the borderline of sanity. With his hosts and guests howling at elites without surcease, he created not just an alternative media or even an alternative set of facts, but an alternative universe that has overtaken the real one — a bizarre universe bubbling with resentments and conspiracies and fabrications in which liberals aren’t a political opposition; they are the source of all evil. Basically, he poisoned America.

It was a brilliant strategy. Ailes not only turned those white men against broadcast television (and most of the other establishment media, about whom these folks weren’t too happy to begin with); he turned them against the idea of objectivity itself. Or to put it plainly: News that wasn’t biased toward the right couldn’t possibly be objective.

“Fair and balanced” was the slogan with which he branded his ultra-conservative, mainstream-media bashing network — meaning, of course, that the mainstream media weren’t fair to the right and were unbalanced to the left. What he, and even many of his critics, didn’t acknowledge is that the words “fair and balanced” don’t stand in consonance with one another but in contrast. To be balanced is not necessarily to be fair since fairness demands one go where the facts lead, whatever the direction, though neither fairness nor balance were really Ailes’ causes. His cause was unfairness and unbalance — to disrupt the normal flow of fact and reportage and replace fact with right-wing opinion in order to get his vengeance against the left. He won there too.

(One of Ailes’ cleverer tactics was a show called Fox News Watch in which he had media critics analyze news coverage. For five years I was one of them, a token liberal, and Ailes was smart enough to let me brutalize week after week the network on which I was appearing.)

Ailes got his start in entertainment, and he brought those talents to his network, blending news not just with noise but with showbiz. Fox News became anti-news. Most news outlets opted for a studied monochronism. Fox News was loud and colorful. Most sought to unclutter their broadcasts. Ailes sought to crowd them with the zipper across the bottom of the screen and screaming graphics. Most sought to emphasize reportorial authority. Ailes emphasized verbal muscle-flexing among the male hosts and sexiness among the women. Long before Ailes was accused of sexual harassment, the network’s attitude toward women was there for everyone to see — or ogle. The leering sexuality he brought to Fox News wasn’t incidental to its success; it was instrumental to it, both in the sexual politics it purveyed and in the smarminess it conveyed. The message was: This isn’t real news because there is no real news. Real news is just a media pretense.

Ailes’ network, then, was a wild journalistic carnival designed to turn everything upside down and hit the media where it was most vulnerable: its own sense of seriousness. Fox News was a world of anger, accusation, cynicism, excitement, sex, heat and oversold headlines. Everything but gravitas.

If this sounds more than vaguely familiar, it is because the measure of how powerfully Fox News has penetrated the American consciousness is the presidency of Donald Trump. Trump is fully the creation of Fox News, the candidate of Ailes’ dreams, the man who came to embody the two most important aspects of Fox News — its betrayal of truth and its allegiance to journalistic porn. And this is why Ailes is so important in our political and media ecologies. We think of how Republicanism in the post-Reagan era infected the media, and we see Fox News as the prime example. But we don’t think as much about how Fox News infected Republicanism. Ailes was the carrier, and Trump the result.

Without Fox News, the Republican Party might look different — and better. Without Fox News to conflate entertainment with news, to rip apart the idea of a serious media, to push a single-minded partisan agenda and to enflame embittered white men, there would have been no foundation on which Trump could build his candidacy — or for that matter, no platform from which to blast an unending stream of nonsense stories about Benghazi and emails and the Clinton Foundation that the mainstream media felt duty-bound to pick up. No political party had ever had a major national propaganda arm posing as a media outlet. Ailes gave the Republicans one, and took the soul of the party in return.

The damage that Roger Ailes did to the media, to our political discourse, and to objectivity is incalculable. The most significant man of his political generation, he may also have been the most dangerous. It is one hell of a legacy — and probably a lasting one.

Neal Gabler is an author of five books and the recipient of two Los Angeles Times Book Prizes, Time magazine’s non-fiction book of the year, USA Today’s biography of the year and other awards. He is also a senior fellow at The Norman Lear Center at the University of Southern California, and is currently writing a biography of Sen. Edward Kennedy.