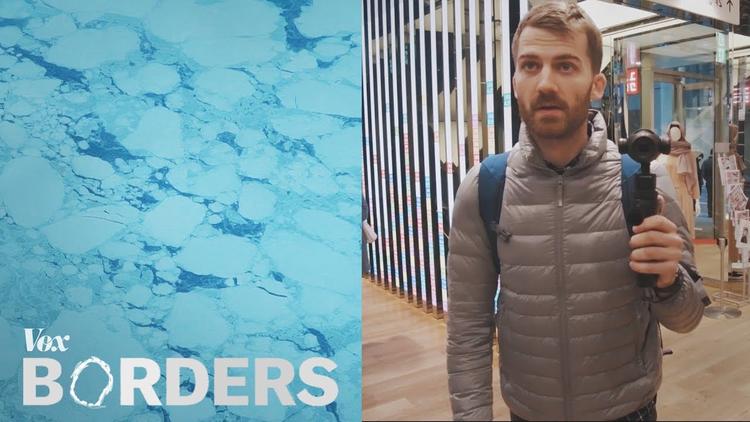 . . . As human activity continues to warm the planet at an alarming rate, the leaders of the United States are failing to confront one of the greatest challenges the human species has ever faced: human-caused climate change.

Donald Trump’s victory in the 2016 presidential election has only made matters worse. Not only has Trump previously dismissed climate change as a “hoax,” but he has already taken a series of steps that will ensure the ongoing warming of the planet. Trump has filled his administration with men who deny that human activity is causing global warming, such as Secretary of State Rex Tillerson and EPA Administrator Scott Pruitt. Last March, Trump also began to dismantle a number of the moderate environmental protections that the Obama administration had put in place. “We will unlock job-producing natural gas, oil, and shale energy,” Trump announced. “We will produce American coal to power American industry.”

Trump’s actions have already had serious consequences. Perhaps most significant is the weakening of the Paris Agreement, one of the last, best hopes to slow global warming. “Mr. Trump has not yet decided whether to formally withdraw from the Paris agreement,” The New York Times reported in March. “But by rolling back the policies needed to meet American commitments, the United States essentially announced that it would not comply.”

As the crisis worsens, the fate of the world grows increasingly precarious. Global warming is continuing at record levels, but the leaders of the United States are ignoring this existential threat to the planet.

Certainly, some important changes were beginning to take place in the years before Trump entered office. Officials in the Obama administration, who had always been slow to confront the crisis of climate change, were starting to acknowledge the seriousness of the problem.

President Obama signaled the shift in thinking when he noted in his State of the Union address in January 2015 that “no challenge poses a greater threat to future generations than climate change.” Secretary of State John Kerry felt the same way, issuing a stronger warning the following year. Climate change, Kerry said, is “the greatest threat that our planet has faced in modern history.”

Although many powerful people in the country continued to frame the issue as a debate, or even a hoax, officials in the Obama administration insisted that the so-called debate of the previous years was over.

“The debate over whether climate change is happening is, in most places, not a debate anymore,” Secretary Kerry observed in September 2016. Climate change is “a visible reality that people can measure, like the sun coming up in the morning or the moon appearing.” It’s all just “a matter of common sense,” Kerry added. And “if you don’t begin to get a sense of what’s happening,” then “you’re really not exercising your brain in the way that God gave us the privilege of doing.”

Consequently, officials in Washington began to take a number of steps to confront the problem. From 2015 to 2016, they joined three major international initiatives to slow global warming, including an amendment to the Montreal Protocol to phase out hydrofluorocarbons, a new United Nations agreement to reduce global aviation emissions, and the Paris Agreement to reduce global emissions of greenhouse gases.

“Of course, the Paris Agreement alone won’t solve the climate crisis,” President Obama acknowledged in September 2016, when the United States formally entered the agreement. “But it does establish an enduring framework that enables countries to ratchet down their carbon emissions over time, and to set more ambitious targets as technology advances.”

The few encouraging steps aside, the Obama administration still left office having only adopted the most modest of measures to confront the climate crisis. The enduring framework of the Paris Agreement, for example, was no guarantee that the worst polluters in the world, including the United States, would take the necessary action to reverse trends that Obama himself had described as “terrifying.”

In fact, in other ways the Obama administration arguably made the situation much worse. By overseeing a major increase in energy production in the United States, one in which the United States began producing far more oil and gas for use and export, the Obama administration actually contributed to the terrifying trends that are destroying the planet. Obama even bragged about the transformation. In his State of the Union address in 2015, the same one in which he identified climate change as the greatest challenge to the Earth, Obama boasted that “America is number one in oil and gas.”

The following year, Energy Department official Melanie Kenderdine provided additional confirmation of the new reality. On the issue of oil production, Kenderdine explained, the United States “is now the number one producer of liquid fuels in the world and within the last two years began producing more oil than it imports for the first time in decades.” Crude oil production in the United States has risen “from an average of 5.1 million barrels per day in 2008 to 9.4 million barrels per day in 2015.”

Even Secretary of State John Kerry, who fashioned himself as one the administration’s leading defenders of the environment, embraced the need for continued production of oil. When he visited McMurdo Station in Antarctica in November 2016 to observe what he called the “dangerous” warming of the area, Kerry insisted that oil-producing countries must continue pumping oil. “Nobody is saying to people, ‘We’re not going to pump, we’re not going to use oil,’” Kerry remarked. The fact is “we’re not going to suddenly wean ourselves off of it.”

By making no serious effort to wean the United States off of oil, the Obama administration ensured that the United States remained one of the leading producers of greenhouse gases. Even as administration officials continually boasted of their efforts to reverse the terrifying trends of global warming, they oversaw a dramatic increase in energy production, which they understood would have devastating consequences for the world.

Undeniably, “a very large share of US and global emissions come from the energy sector,” the administration’s Special Envoy for Climate Change, Jonathan Pershing, acknowledged in November 2016.

Of course, things have only gotten worse now that Trump is in power. Not only has Trump begun to dismantle the moderate protections that the Obama administration had created, he and his associates are unwilling to accept the fact that human-caused climate change poses a major threat to life on Earth.

Trump’s Secretary of State Rex Tillerson, who ran ExxonMobil before joining the administration, exemplifies the denialist attitude. Asked about climate change during his confirmation hearing, Tillerson said that “I do not see it as the imminent national security threat that perhaps others do.” Tillerson also refused to accept the near certainty that human activity is causing global warming. “The facts on the ground are indisputable in terms of what is happening with drought, disease, insect populations,” Tillerson said. However, “the science behind the clear connection is not conclusive.”

Other officials in the Trump administration have displayed the same disregard for the fate of the world. For example, Scott Pruitt at the EPA spent years working on behalf of the energy industry to undermine the Obama administration’s efforts to reduce greenhouse gas emissions. “Energy industry lobbyists drafted letters for him to send to the EPA, the Interior Department, the Office of Management and Budget and even President Obama,” The New York Times disclosed in December 2014.

Since becoming the head of the EPA, Pruitt has also confirmed his denialist views. “I think that measuring with precision human activity on the climate is something very challenging to do and there’s tremendous disagreement about the degree of impact, so, no, I would not agree that it’s a primary contributor to the global warming that we see,” Pruitt said in an interview last March.

The denialist attitude does not bode well for the future of the planet. With temperatures rising and greenhouse gases still being pumped endlessly into the atmosphere, the planet appears to be heading for a major catastrophe.

Certainly, some officials remain well aware of the problem. “Anybody who spent time in or studying the Arctic knows that the region is warming, that climate change is a real issue here,” State Department official David Balton commented earlier this month. At the same time, the people with the most power in Washington appear hardly concerned. They are not spending time in the Arctic, they are not persuaded by facts, and they refuse to acknowledge that the threat exists.

“What’s the worst that happens if they’re wrong?” Secretary of State John Kerry asked just before leaving office. Although Kerry had certainly played his own problematic role in the collective failure of U.S. leaders to take the required action to confront the threat, he at least understood the consequences of inaction. “The planet dies,” he said.

Vox: “Flying over the melting arctic made climate change feel much more urgent”