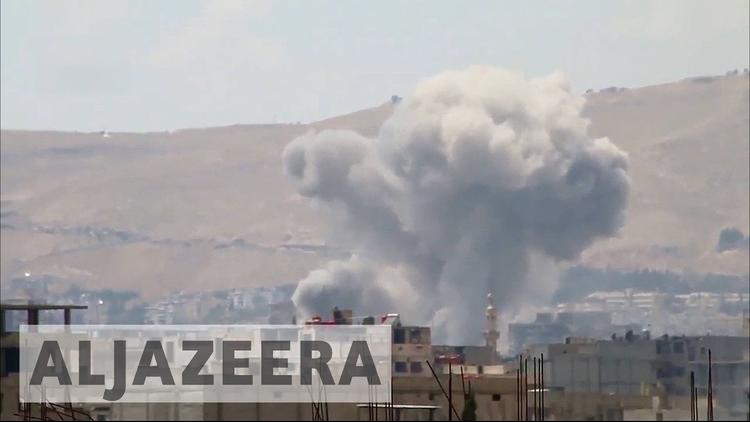 Few events in Syria have attracted as much attention as the alleged chemical weapon attack on the town of Khan Shaykhun. The callous use of biological agents to target civilians is a “crime against humanity” and a serious violation of international law, according to human rights experts.

Far less attention has been given to the Syrian government’s targeting of health-care facilities in rebel territory. This ruthless strategy, which also constitutes a crime against in humanity, has made it impossible for humanitarian organisations to provide care for injured soldiers and civilians in some cases.

The Syrian American Medical Society reports that at least 168 attacks on medical facilities were carried out in the second half of 2016. These injured at least 80 medical staff and killed 26. This adds to an estimated death toll of over 800 medical personnel since the conflict began.

Operating in the theatre of war

As a recent report in the medical journal The Lancet suggests, international authorities must act strategically to deter further military attacks on humanitarian organisations. In particular, there’s a need to collect and disseminate accurate data about the attacks and increase support for overwhelmed health-care workers.

Failure to do so may not only contribute to the future targeting of neutral organisations, such as Médecins Sans Frontières (MSF), but also the continued use of tactics such as chemical warfare.

The 1949 Geneva Convention contains a series of strictures that all parties involved in international conflicts must “respect without prejudice”. Convention IV emphasises the need to respect and help with the provision of health care for civilians. And Convention I extends this principle to enemy combatants.

The philosophical foundation for the strictures is the notion that the theatre of war is confined to defined “conflict spaces”. These should under no circumstances be allowed to encroach upon the domain of basic humanitarian care, such as the provision of health services.

Sadly, most of the articles of Geneva Convention have been systematically violated in the years following their ratification. But the targeting of health care in Syria constitutes a particularly egregious violation of strictures pertaining to the provision of humanitarian care.

Specifically, it is an example of what scholars are calling the “weaponisation of health care” – a multi-dimensional tactic that includes practices such as attacking health-care facilities, targeting health workers, obliterating medical neutrality, and besieging medicine.

The primary international organisation affected by government bombings has been MSF. The most infamous attack occurred in late April 2016, when Syrian jets bombed the MSF-supported Al Quds hospital and surrounding neighbourhood in the northern Syrian city of Aleppo. The attack killed at least 55 people, including patients and at least six medical staff.

What may not have been apparent to an international audience is that this attack was preceded by five years of targeting health-care facilities. Apart from the hundreds of medical personnel killed during the conflict, almost all hospitals in cities such as Aleppo have been closed.

“The ‘humanitarian system’ is failing in Syria,” MSF’s most recent report on the conflict states. “Many hospitals are facing critical supply shortages, and there are ever-diminishing numbers of health workers, as medics have fled or been killed. From the beginning of the conflict medical staff and medical facilities have been targeted.”

A precedent for future conflicts

The Lancet report discusses the need for the international community to act on several policy imperatives. It warns that failure to intervene will affect “health workers not only in Syria, but also in ongoing and future armed conflicts elsewhere”.

Swift action on these recommendations is crucial not only for the protection of health-care workers, but also for deterring future chemical attacks, such as the bombing of Khan Shaykhun.

There’s a conceptual link between biological warfare and the targeting of health-care facilities. At a superficial level, both constitute grave human rights abuses. And at a deeper level, both involve extending the theatre of war into the civilian domain, and both exploit the fragilities of the human body.

A failure to prevent attacks on health care may send mixed messages about the acceptability of “weaponising” the human body.

One influential commentator recently suggested that, rather than focusing on human rights abuses, the international community should have as its primary goal a swift conclusion to the conflict.

I do not disagree with this contention. Crucially, action on human rights abuses is not necessarily opposed to a diffusion of tensions, and, trivially, military retaliation is not the only means of reacting to rights violations.

What is clear is this: in the midst of the fog of the Syrian war, clear information and increased support of health-care workers could save countless lives.