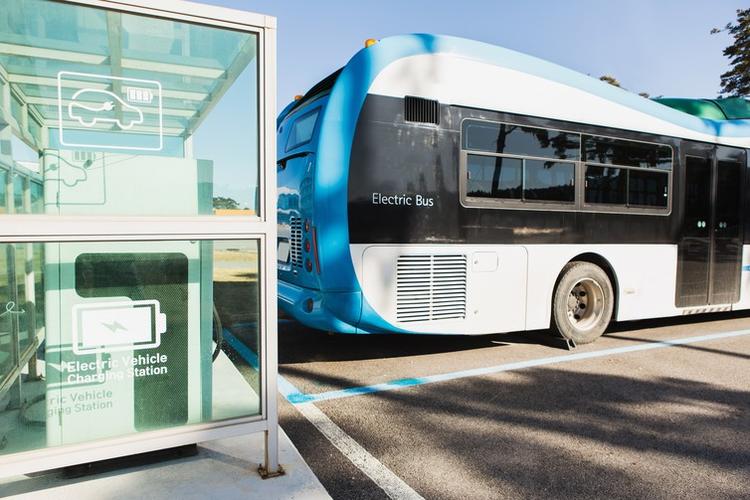 President Donald Trump’s decision to exit the Paris climate agreement reaffirmed what was already clear: The federal government is no longer leading American efforts to shrink our carbon footprint. But many state and local governments – along with businesses and consumers – aim to help fill this policy void.

At least a dozen governors have joined the United States Climate Alliance, committing their states to achieve emissions reductions consistent with President Barack Obama’s Paris pledge. More than 200 mayors are promising their cities will follow suit.

My research with my former student Shayak Sengupta about how cities can benefit from buying electric cars suggests that fuel-free municipal fleets can cut urban carbon footprints while improving public health and saving taxpayers money.

Options for states and cities

States can help curb emissions in many ways, such as by setting caps on power plant emissions and creating incentives and targets for renewable electricity.

Most of those steps lies beyond the jurisdiction of cities. So how can they take climate action?

Historically, cities and transit agencies turned to natural gas as an alternative fuel for fleet vehicles and buses. However, our previous research showed that natural gas does not provide significant emissions savings compared with gasoline cars or diesel buses.

Electric vehicles, however, can bring about clear-cut reductions in carbon emissions.

That could soon change. Thirty cities, including New York, Los Angeles, Chicago and Houston, are seeking bulk-rate deals on electric vehicles. They’ve asked manufacturers to submit bids to supply up to 114,000 electric vehicles, ranging from police cruisers to trash haulers, at a total cost of roughly US$10 billion.

This surge in electric vehicle sales could make them more affordable not just for cities but for the rest of us too. That’s because emerging technologies typically get cheaper as production increases. A study by researchers from the Stockholm Environment Institute estimates that electric car batteries prices fall by 6 percent to 9 percent every time production doubles.

Some analysts forecast that as soon as 2025, electric cars will become cheaper than gasoline-powered cars. In some cases, they are already cheaper to own and operate over the vehicle’s lifetime, our research has shown. If cities help ramp up demand for electric cars faster than anticipated, this transition could happen even faster.

Local driving by municipal employees is well-suited for electric cars. For example, the Nissan Leaf now has a range of as much as 107 miles, and the Chevy Bolt can travel 238 miles without recharging.

We studied vehicle options available to Houston, which operates a fleet of about 12,000 vehicles, in 2015. Those options included two gasoline-powered Toyota sedans (the Corolla and the Prius), the natural gas-powered Honda Civic, the plug-in hybrid Toyota Prius and the fully electric Nissan Leaf. Since all these sedans seat five passengers, they are interchangeable.

Because Houston in 2015 bought 75 percent of its electricity from wind farms (it now draws even more of its power from wind and solar sources), we calculated that the fully electric Leaf would have reduced life cycle greenhouse gas emissions by 87 percent relative to the gasoline-powered Corolla over seven years. About half of those benefits would have been lost if the Leaf was charged from the fossil-heavy grid elsewhere in Texas.

Financially, the savings on fuel and maintenance would have more than offset the $12,000 premium for buying a Leaf instead of a Corolla. We estimated that Houston would have saved about 4 cents per mile while operating the Leafs, as long as enough charging stations were available. That’s even before counting any savings from bulk purchases or federal tax credits.

One significant problem holding back demand for electric vehicles is the shortage of charging stations. Greater availability of charging stations assures cities and consumers that full electrics like the Nissan Leaf can complete their trips, and lets plug-in hybrids like the Chevy Volt operate mostly in electric mode.

That’s why cities like Pittsburgh have obtained state grants to build their own, while utilities in Seattle and Kansas City are building charging stations to jump-start demand for electric cars.

Electric municipal fleets won’t by themselves propel cities all the way to their Paris-based pledges. But by speeding the adoption of charging stations and cleaner cars, they could help curb emissions – while saving money for urban taxpayers and improving public health.

World Economic Forum: “Beijing is replacing its fleet of 70,000 taxis with electric cars”