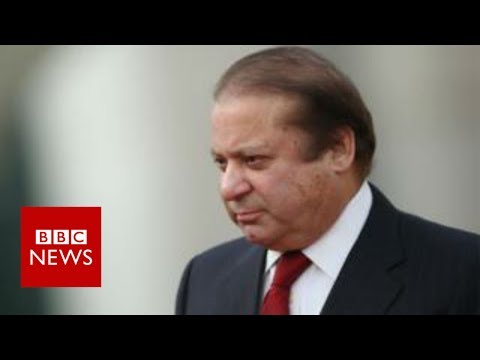 The ruling comes after months of hearings over Nawaz Sharif’s alleged corruption.

Pakistan’s Prime Minister Nawaz Sharif resigned on Friday after the country’s Supreme Court disqualified him from office over corruption claims against his family.

The Prime Minister’s office said in a statement that Sharif has “stepped down” despite having “serious reservations” about the judicial process.

“All legal and constitutional options will be exercised regarding our serious differences with this verdict,” the statement read.

Sharif, 67, has served as premier on three separate occasions. No prime minister has completed a full five-year term in Pakistan since the country’s independence from British colonial rule in 1947.

In a unanimous decision on Friday, the Supreme Court said that Sharif was “not honest” and therefore he was “disqualified to be a member of the Parliament.” The ruling states that Sharif failed to make financial disclosures and his family could not account for assets that are “disproportionate to his known means of income.”

Mariyam Aurangzeb, Sharif’s information minister, said the government was “saddened” but “not surprised” by Friday’s ruling.

Sharif’s ruling Pakistan Muslim League-Nawaz party, PML-N, which won a majority in Parliament in 2013, is expected to name a new prime minister to hold office until elections due next year.

Meanwhile, the opposition Pakistan Tehreek-e-Insaf party, PTI, has announced plans to celebrate the verdict with a rally on Sunday.

“What we have seen today, if anything could strengthen Pakistan’s democracy, then this is it. In a democracy, a leadership must be accountable,” he said. “Our democratic evolution has moved forward.”

The charges against Sharif and three of his children stemmed from disclosures last year in the “Panama Papers,” which revealed that his expensive family-owned residential property in London was funded through offshore companies.

The Supreme Court ruled in April that there was insufficient evidence to remove Sharif from office, but ordered a probe by a high-level investigative panel that included members of military intelligence agencies.

The investigators found that Sharif’s family assets do not match their earnings and that Sharif had been the chairman of the board of Capital FZE, a company based in the UAE, for years without declaring his position.

Sharif denied the allegations and had warned his ouster would destabilize Pakistan.