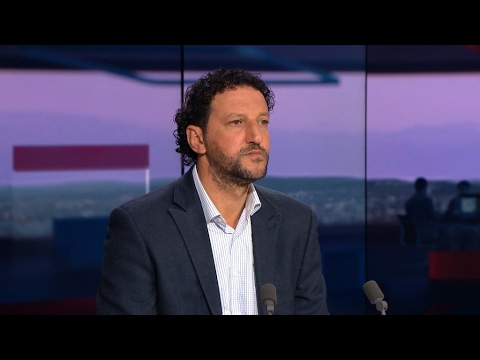 Contrary to widespread stereotypes regarding the nature of Palestinian resistance, there has long been a tradition of unarmed civil resistance against Israeli occupation — a tradition renewed with Israel’s construction of the so-called “separation barrier” (a.k.a. “apartheid wall” [Palestinians] or “security fence” [Israelis]) that separates many West Bank Palestinian villages from their lands and livelihoods. Israeli and international activists frequently join Palestinians during anti-wall protests and actions, with a steady flow of new activists coming and going through the West Bank on a weekly or monthly basis. How does this in-flow/out-flow of diverse activists shape the possibilities for anti-occupation activism? In particular, how are identities — and the various forms of power and privilege that accompany them — negotiated in the effort to create a coordinated civil resistance movement?

Andreas Hackl addresses these questions in his article, “An Orchestra of Civil Resistance,” in the April 2016 issue of Peace & Change. Hackl carried out ethnographic research during 2009 in Bil’in, a village that has sustained weekly anti-wall/occupation protests since 2005, observing and participating in the Palestinian-led transnational struggle there. Using the metaphor of a musical orchestra, he describes the coordination of activists with diverse identities who combine their unique abilities to create one powerful “performance.” Hackl argues that it is precisely this diversity — and the unique forms of privilege enjoyed by different identities — that enables activists to fulfill different functions and the movement to sustain itself. Although the transient status of many activists and the varieties of privilege they experience can “set limits” to the creation of a common activist identity, activists are united by a common purpose, embodied in the weekly protests performed for a wider (media) audience.

For Palestinians, the struggle is existential. As expressed by one Palestinian activist Hackl interviewed, the community, in response to Israeli confiscation of agricultural land and olive trees, “started a nonviolent demonstration against the wall and the settlements because it threatened our life.” As Hackl shows, this struggle has become profoundly entwined with the life stories of Palestinians, many of whom have family members who have — or have themselves — spent time in Israeli jails for various forms of resistance. Parents pass the commitment to struggle down to their children, and simply “continuing the struggle” becomes an end in itself. Palestinians’ distinctive forms of power include the direction of the movement itself, decisions about whom to invite to join them and how, and, when needed, the authority to rein in stone-throwing among community members.

In contrast to Palestinian activists, for whom resistance is a necessity, international activists, according to Hackl, have the luxury of choosing to join the resistance movement, some even seeing their participation as a way to engage in a more meaningful vacation than usual. Nonetheless, Hackl notes that their presence is valuable, due in large part to their distinct forms of privilege. First, internationals use the privilege stemming from their citizenship to be a protective presence at demonstrations. One Palestinian activist notes that when Israeli soldiers “see internationals, Israelis and cameras in the demonstrations, they change,” apparently stopping their use of live bullets. International activists also have a “low vulnerability to Israeli military prosecution,” unlike Palestinians who are at risk for arbitrary arrest and other forms of repression. Second, internationals use the privilege of their mobility — their ease crossing international borders — to publicize the Palestinian cause to their home countries and elsewhere. Finally, internationals have greater freedom to stay on the ground in Palestinian communities for weeks at a time than Israeli activists do, many of whom have daily responsibilities to attend to back in Israel.

Yet Israelis also have distinct privileges and capacities compared to both Palestinian and international activists. Most importantly, Hackl finds that they have the insider status and hence moral authority to directly challenge Israeli soldiers who are carrying out the occupation in their name. They also have the ability to take cases to Israeli court and, like internationals, are less vulnerable to arbitrary punishment. Israeli activists can also use their identity as part of the opponent group to act as “ambassadors,” changing perceptions among Palestinians (and internationals), while also breaking down narratives within their own communities that legitimize separation and make Palestinians into the enemy. Their very presence can begin to transform the relationship between at least some Palestinians and Israelis. According to Hackl, however, these acts of boundary-crossing solidarity are not always easy for Israelis, as “crossing over” can signify a break with Israeli identity and community, which can be as difficult and painful as it is necessary.

In short, Hackl argues, the diversity found in these temporary multinational groupings of activists in the West Bank is the very condition upon which the sustainability and power of the anti-occupation/wall movement is built. Rather than glossing over the various forms of privilege present among these diverse identities, the movement is best served by recognizing and putting these privileges to good use through the divergent functions that different groups of activists can fulfill in the struggle for Palestinian freedom.

With the Israeli occupation in its 50th year and a peace agreement between Israel and Palestine as elusive as ever, drawing attention to Palestinian civil resistance publicizes the daily injustices faced by Palestinians living under occupation, while also challenging the widespread assumption that Palestinian resistance is overwhelmingly violent. The more knowledge there is of such movements — and especially of Israeli activist participation in these movements — the more space opens up for Israelis and others to demand justice for Palestinians and to put pressure on the Israeli government to change its policies.

Beyond the Palestinian case, this research is valuable for helping us think through the complexities of engaging in activism across lines of difference, especially in situations of extreme power imbalance, privilege and oppression. What does it mean to be an ally in a nonviolent struggle, to act in solidarity with those whose lives are more directly affected by the issue of concern than one’s own life might be? How do activists of a more privileged identity balance the desire to participate and “help” with the desire to not become so centrally involved that they coopt the movement or reinstate forms of domination that already characterize their relationships with the marginalized group they are trying to assist? This research points to an approach that stresses the importance of movement leadership staying in the hands of those most directly affected (in this case Palestinians), while also insisting on openness and transparency when it comes to acknowledging the privileges enjoyed by allies of the movement and how these can be put to use.

As the go-to example of the “cycles of violence” phenomenon, the Israeli-Palestinian conflict is not going to be resolved with either side employing ever-greater levels of violence against the other. Rather, if there is a path to peace with justice, it includes sustained Palestinian nonviolent resistance to Israeli occupation with the participation of Israeli peace activists, whose very presence and cooperation with Palestinian activists breaks down monolithic enemy images of either side and puts ever greater pressure on the Israeli government. With the adoption of widespread and disciplined nonviolent resistance, justifications for violent defense and occupation become harder for Israel to maintain, and space opens up for a broader array of more effective solutions. While it should continue to be the role of Palestinian activists to lead such movements, Israeli and international activists should continue to support and publicize them, participating as requested.

More broadly, activists should engage in self-reflection about their own identities and their relationship to structures of power before participating in any such movement, especially one focused on the concerns of a group in a more marginalized position vis-à-vis their own identities. Such self-reflection may include uncomfortable questions about how you might benefit daily in certain ways from the system that simultaneously oppresses members of the other group. Accordingly, how can your way of participating in a movement confront rather than reinforce the patterns of privilege and oppression that already exist between these identity groups? A few considerations include following the lead of those in the affected community, listening more than talking (and being mindful of the air-time you take up in strategizing sessions), asking how to be most useful, acknowledging privilege and being prepared for discomfort, and being open to what you can learn from others.

Published in collaboration with the Peace Science Digest, which summarizes and reflects on current academic research in the field of peace and conflict studies.