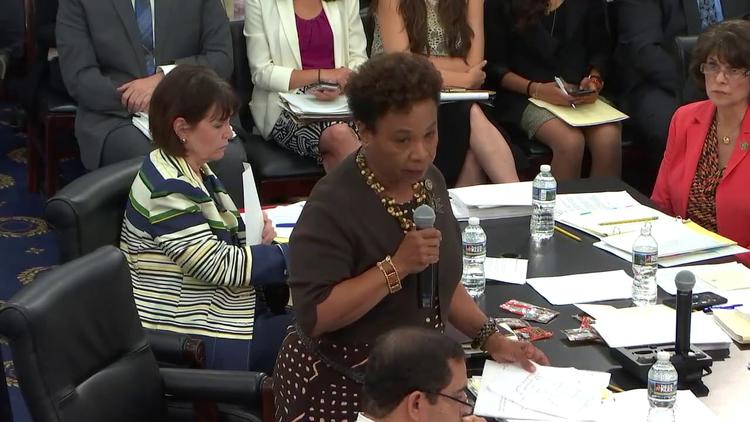 By putting such a sinister face on it, Trump might have finally inspired lawmakers to rein in America’s post-9/11 war machine.

A Bipartisan Vote to Put the Brakes on War By putting such a sinister face on it, Trump might have finally inspired lawmakers to rein in America’s post-9/11 war machine. By Peter Certo

One of the few things I recall fondly about the Trump campaign — a short list, I’ll admit — was the candidate’s apparent glee in ridiculing the war-mongering of his rivals and predecessors.

In early 2016, Trump (correctly) summed up George W. Bush’s legacy this way: “We’ve been in the Middle East for 15 years, and we haven’t won anything.”

He ridiculed Hillary Clinton for being “trigger happy” — no standard-issue gibe from a guy who also promised to bring torture back — even while echoing progressive complaints that the $5 trillion pricetag from Bush’s wars would’ve been better spent at home.

And though Trump’s relationship with the Russians has since acquired an unseemly cast, he once offered quite sensibly that “it’s better to get along” with the world’s other nuclear-armed superpower than not to.

Compared to his rivals, Politico magazine once mused, Trump was “going Code Pink” on foreign policy. But what a rose-colored lie that turned out to be.

Since taking office, Trump’s turned virtually all use of force decisions over to his generals. With the president’s backing, they’ve ordered 4,000 new American troops back into Afghanistan, sent thousands more to Iraq and Syria, and nearly quadrupled the rate of drone strikes from the Obama administration, which was already quite prolific.

Everywhere they go, they’re escalating the brutality — and we still haven’t won anything.

They cratered Afghanistan with the largest non-nuclear bomb ever dropped. They’ve stepped up support for the brutal Saudi-led bombing of Yemen, where 11,000 have died and thousands more are at risk of dying of hunger and cholera. Meanwhile they’ve brought civilian casualties from our bombings in Iraq and Syria to record levels, inflicting what the UN calls a “staggering loss of civilian life.”

Things are about to get even more dangerous in Syria, as the Islamic State falters and armed factions turn on each other to claim the remains of its caliphate.

Under Trump, U.S. troops have repeatedly attacked pro-Syrian forces — a line Obama never crossed — in a misguided effort to bolster Washington’s favorite rebels, many of whom are fighting each other. That’s ratcheting up tensions with Syria’s allies, Iran and Russia, endangering Obama’s hard-won diplomatic gains with Iran and even leading Russia to threaten to shoot down American planes.

For Trump, a president lampooned as a puppet of Putin, blundering into conflict with Russia over an empty corner of eastern Syria should be an embarrassing prospect. But Trump seems blithely unaware of the whole thing.

While Trump may be uniquely prone to careless belligerence, the problem is plainly bipartisan: He’s mostly just adding ghastly additions to a war scaffolding the Obama and Bush administrations built before him.

One possible solution? Revoke the congressional war authorization passed after 9/11, which gave the president authority to track down the perpetrators of those attacks. There were 19 hijackers that day, but that law’s been abused to justify military action 37 times in 14 countries, the Congressional Research Service calculates.

Stunningly, on June 29, the House Appropriations Committee overwhelmingly approved an amendment from Rep. Barbara Lee to revoke that authority — and then broke into applause. It’s not law yet, but Democrat Tim Kaine and Republicans Jeff Flake and Rand Paul have voiced support for doing something similar on the Senate side.

Trump has failed to bring any sense or strategy to America’s wanton post-9/11 war-making. But precisely by putting such a sinister face on it, he might’ve finally inspired bipartisan action to rein in the war machine.

Peter Certo is the editorial manager of the Institute for Policy Studies and the editor of Foreign Policy In Focus.