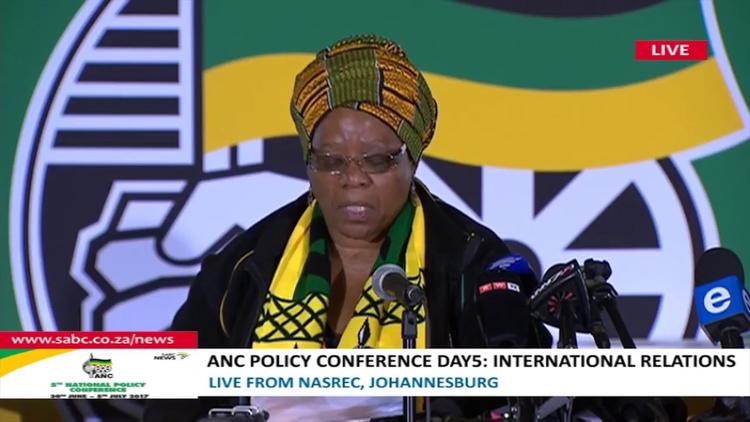 PRETORIA (Ma’an) — The African National Congress (ANC), the ruling party of South Africa, voted on Tuesday in favor of downgrading South Africa’s diplomatic representation in Israel in protest of the occupation.

The decision, made during ANC’s National Policy Conference, was hailed as a “major victory for human rights and for the people of Palestine,” according to a statement released by the Western Cape branch of the ANC on Wednesday.

The Oliver Tambo Resolution — named after the prominent anti-apartheid figure who served as president of the ANC between 1967 and 1991 — states that the aim of downgrading South Africa’s embassy to Israel was to “send a strong message about Israel’s continued illegal occupation of Palestine and the continued human rights abuses against the peoples of Palestine.”

“Yesterday’s resolution is the strongest and clearest position taken by the ANC in our history as a governing party” regarding the Israeli-Palestinian conflict, ANC Western Cape wrote.

“We believe that those of us calling for downgrades, sanctions and other actions against apartheid Israel and other oppressive regimes are following in (Tambo’s) footsteps.”

“We are under no illusion that Israel and its lobby will (not) attempt to pressure the ANC, but this mighty movement will remain steadfast in advancing the interests and solidarity of our people,” the statement added. “We warn Israel not to interfere with our local politics, but instead to build a just peace with Palestinians.”

Palestinian Ambassador to South Africa Hashem Dajani welcomed the decision as an “advanced move to put pressure on the apartheid government of Israel in order to end occupation of the state of Palestine.”

Dajani added that the move would mark a recognition of the Palestinian right to self-determination and statehood.

South Africa has a long history of solidarity with the Palestinian people, due to the parallels between the Israeli occupation and the decades-long South African apartheid regime.

A globally revered figure, late South African President Nelson Mandela also holds a special place in Palestinian society for his stance on the Israeli-Palestinian conflict, as he famously said in 1997 that “our freedom is incomplete without the freedom of the Palestinians.”