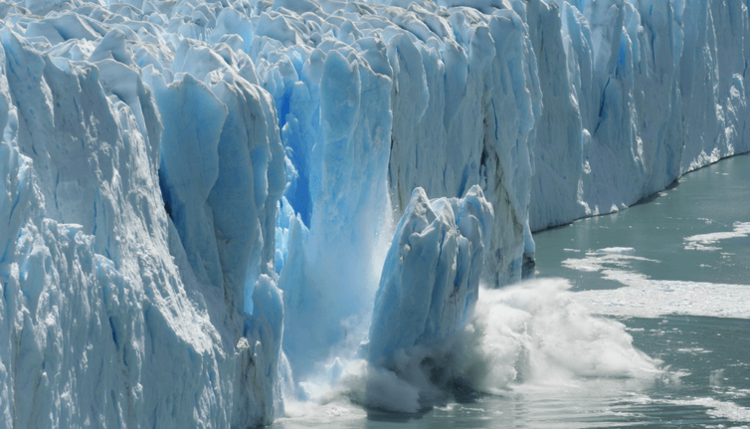 By continuing to delay significant reductions in greenhouse gas emissions, we risk handing young people alive today a bill of up to US$535 trillion. This would be the cost of the “negative emissions” technologies required to remove CO₂ from the air in order to avoid dangerous climate change.

These are the main findings of new research published in Earth System Dynamics, conducted by an international team led by US climate scientist James Hansen, previously the director of NASA’s Goddard Institute for Space Studies.

The Paris Agreement in 2015 saw the international community agree to limit warming to within 2°C. The Hansen team argue that the much safer approach is to reduce atmospheric concentrations of CO₂ from the current annual average of more than 400ppm (parts per million) back to 1980s levels of 350ppm. This is a moderately more ambitious goal than the aspiration announced in Paris to further attempt to limit warming to no more than 1.5°C. Many climate scientists and policymakers believe that either the 2°C or 1.5°C limits will only be possible with negative emissions because the international community will be unable to make the required reductions in time.

Putting carbon back in the ground

The most promising negative emissions technology is BECCS – bioenergy with carbon capture and sequestration. It involves growing crops which are then burnt in power stations to generate electricity. The carbon dioxide produced is captured from the power station chimneys, compressed, and piped deep down into the Earth’s crust where it will be stored for many thousands of years. This scheme would allow us to both generate electricity and reduce the amount of CO₂ in the Earth’s atmosphere.

BECCS has important limits, such as the sheer amount of land, water and fertiliser required to satisfy our energy demand. Perhaps more importantly, it doesn’t exist at anything like the scale required of it. Thus far only small pilot projects have demonstrated its feasibility. Other negative emissions approaches involve fertilising the ocean to increase photosynthesis, or direct air capture which sucks CO₂ out of the air and converts it into plastics or other products.

The Hansen team estimate how much it will cost to extract excess CO₂ with BECCS. They conclude that it would be possible to move back to 350ppm mainly with reforestation and improving soils, leaving around 50 billion tonnes of CO₂ to be mopped up with negative emissions technologies (the plants grown for BECCS take in the CO₂, which is then sequestered when burned).

But that’s only if we make significant reductions in rates of emissions right now. If we delay, then future generations would need to extract over ten times more CO₂ beyond the end of this century.

They estimate costs between US$150-350 for each tonne of carbon removed via negative emissions technologies. If global emissions are reduced by 6% each year – a very challenging but not impossible scenario – then bringing CO₂ concentrations back to 350ppm would cost US$8-18.5 trillion, spread over 80 years at US$100-230 billion a year.

If emissions remain flat or increase at 2% a year, then total cost balloons to at least US$89 trillion and potentially as much as US$535 trillion. That’s US$1.1 to US$6.7 trillion every year for eight decades.

To give these numbers some context, the entire US federal budget is about US$4 trillion, while annual spending by all countries on military and defence is US$1.7 trillion.

Humans have pumped over 1.5 trillion tonnes of CO₂ into the atmosphere since 1750. It is not just the amount, but the rate at which this CO₂ has been added. The oceans can absorb extra CO₂ but not fast enough to remove all human inputs and so it has been progressively building up in the atmosphere. This extra CO₂ traps more heat than would otherwise escape out into space. More energy is therefore entering the climate system than leaving it.

Over decades and centuries the climate will move back into balance with the same amount of energy leaving as entering. But this will be at a higher temperature with among other things less ice, higher sea levels, more heatwaves, and more floods. The last time the Earth’s climate experienced such an energy imbalance was the Eemian interglacial period some 115,000 years ago. At that time global sea levels were six to nine metres higher than today.

The Hansen team argues that even maintaining the current energy imbalance risks locking in several metres of sea level rise. That is because slow processes such as melting ice sheets still haven’t “caught up”. The longer the climate is held out of balance, the greater their effect will be.

One argument against making drastic cuts to greenhouse gas emissions is that it will harm economies as our industries are still largely fossil fuelled. Responding to climate change needs to balance the desire to continue to grow economies today with avoiding disastrous climate change or prohibitively expensive remedies tomorrow.

Whatever assumptions you make about economic growth, or however much you discount future costs, it’s unimaginable that US$535 trillion could be afforded. While these costs will be spread over 80 years, this will also be a period in which the global population will increase from seven billion to perhaps 11 billion and beyond. Humanity will need to grow enough crops to feed these billions while fuelling BECCS schemes at a time when climate change will already be impacting food production. There are also no guarantees that BECCS or any other negative emission technologies will actually work. If they fail then large amounts of CO₂ could be released very rapidly with disastrous consequences.

By delaying significant carbon emission reductions we risk handing both an impossible financial and technological burden to future generations. Our children and grandchildren may be unable to understand how we negotiated such an arrangement on their behalf.