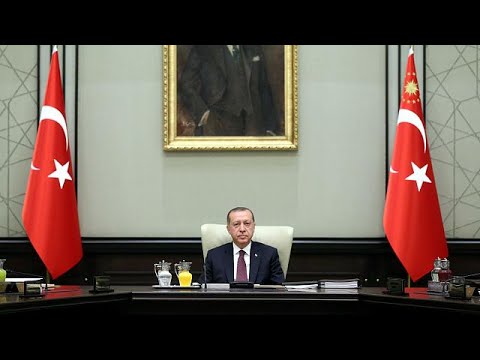 Under the changes, lawmakers can also vote to ban for three sessions fellow parliamentarians who use expressions such as “Kurdistan” or “Kurdish provinces.”

Changes to the parliament bylaws were proposed by the AK party and the Nationalist Movement Party. Fourteen articles of the 18-article bill have so far been passed, with the remainder expected to pass Thursday.

“In reaction to the opposition’s voice being cut, the CHP group is not leaving parliament tonight,” Ozgur Ozel of the Republican People’s Party told the assembly.

The most controversial proposals include limiting from 10 to 3 the minutes granted to lawmakers for ordinary interventions and from 40 to 14 minutes the time allotted for debates on parliamentary motions.

Under the changes, lawmakers can also vote to ban for three sessions fellow parliamentarians who use expressions such as “Kurdistan” or “Kurdish provinces.”

Members of the pro-Kurdish Peoples’ Democratic Party opposition frequently use the terms in reference to the largely Kurdish southeast, angering Turkish nationalists.

“Their goal is to strengthen President Erdogan and disable parliament,” Ozel later told Reuters, vowing to challenge the reform in the constitutional court. The HDP said it supported the CHP protest.

According to Anadolu news agency, the CHP deputies had ended their 13-hour protest as Aydin opened a session Thursday.

On the same day, Turkey’s parliament stripped two HDP lawmakers of their parliamentary status on the grounds of “discontinuity,” or missing general assembly meetings.

“This will go down as a battle for democracy, and in yours as a black stain. We will continue to make politics, whether in jail or in parliament,” said Filiz Kerestecioglu, a lawmaker for the HDP.

The vote left 55 HDP deputies in parliament. The party had 59 seats in the 550-seat assembly following the November 2015 general election.

Some 150,000 people have been dismissed or suspended from jobs in the civil service, police, military and private sector and more than 50,000 people detained for suspected links to the failed coup.