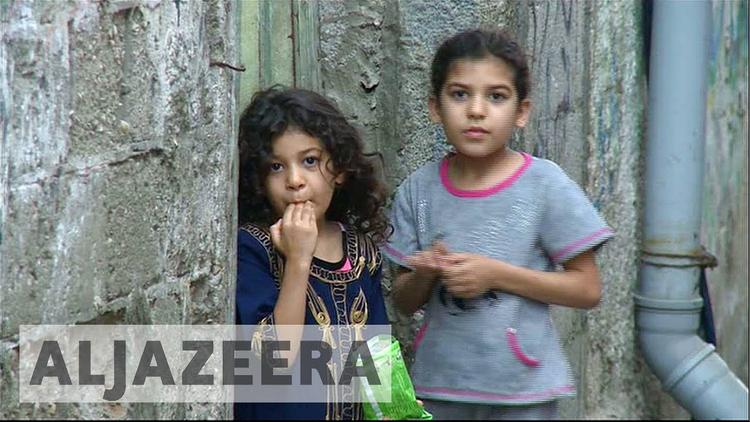 Most of the projections for 2020, on the situation in the Gaza Strip, have deteriorated further and faster than anticipated in 2012, the United Nations said on Tuesday.

Real GDP per capita in Gaza has decreased, the provision of health services has continued to decline, and the demand for additional health clinics, doctors, and hospital beds has not been met, it said.

The UN Country Team in the occupied Palestinian territory, Tuesday, released a report that reviews the socio-economic status of the Gaza Strip, a decade after the events of 2006-2007 which saw the take-over of the Strip by Hamas, the enforcement of strict closures by Israel and the administrative separation of Gaza from the West Bank.

The new report, ‘Gaza – 10 years later’ takes stock of some of the key indicators identified in an earlier 2012 UN report which predicted Gaza would become ‘unlivable’ by 2020, unless underlying trends were reversed.

Thanks in large part to the scale of UNRWA’s services, Gaza has maintained high education standards, but average daily classroom time for students remains as low as four hours.

While an earlier projection that the coastal aquifer would become unusable by 2016 has been revised to the end of 2017, Gaza’s only water source is predicted to be irreversibly-depleted by 2020, unless immediate remedial action is taken.

Huge reconstruction needs provoked by the 2014 Israeli war on Gaza triggered increased imports of construction material to Gaza, particularly through the temporary Gaza Reconstruction Mechanism (GRM). However, access to material necessary to allow the Gazan economy, infrastructure and basic services to recover and expand remains highly restricted, according to WAF.

With the electricity supply reaching as low as 90MW, in recent days, (against demand in excess of 450MW), energy is the most visible recent deterioration in living conditions in Gaza but this comes on top of a host of other chronic and acute problems that have become part of ‘normal’ life.

“Gaza has continued on its trajectory of de-development, in many cases even faster than we had originally projected,” said Robert Piper, the UN Coordinator for Humanitarian Aid and Development Activities. “Ongoing humanitarian assistance especially through UNRWA’s services, are helping slow this descent, but the downward direction remains clear.”

UN and non-governmental organizations conducted, on Monday, a field visit to the Gaza Strip with nine members of the diplomatic community from Australia, Canada, the EU, Germany, Turkey, and the UK, to witness first-hand the cumulative impact of ten years of closures and internal divide.

The visit highlighted the impact of the restrictions on access to basic services, freedom of movement and economic development on the lives and livelihoods of Gaza’s two million residents.

The delegation listened to members of the Gaza fishing community describing their struggle to maintain their livelihoods in access restricted areas.

A visit to Shuja’eyya, one of the areas worst hit during the 2014 armed hostilities, highlighted the significant progress achieved over three years of housing-reconstruction but also the long-term social and psychological scars left by the fighting on families.

A stop at the desalination plant in Deir al Balah illustrated the chronic challenges of water and energy. A visit to the UNRWA ‘Gaza Gateway’ initiative showcased the creativity and innovation of some of Gaza’s young entrepreneurs.

The report calls on Israel, the Palestinian Authority, Hamas and the international community to take action towards more sustainable development investments, reinvigoration of Gaza’s productive sectors, improvement of freedom of movement for both people and goods, as well as respect for human rights and international humanitarian law.

“The alternative” warned Piper, “will be a Gaza that is more isolated and more desperate. The threat of a renewed, more devastating escalation will increase, and the prospects for intra-Palestinian reconciliation will dwindle – and with them, the prospects for peace between Israel and Palestine.”