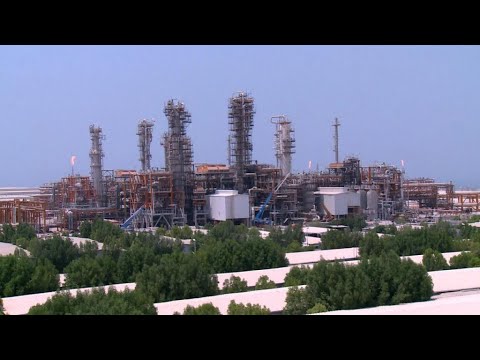 By Meysam Tayebipour | (The Conversation) | – –

Nine years ago, when sanctions were imposed on Iran by the international community, Total was the last Western energy company to suspend its activity there. Now, following the lifting of nuclear sanctions on Iran in January 2016, Total is the first Western company to return to the Iranian energy market. On July 3, the French company announced that it had signed a contract with Iran to develop and produce gas from phase 11 of South Pars (SP11) – the world’s largest gas field.

This is significant not just for Total and the Iranian economy, it also gives an important boost for the 2015 nuclear deal which has been the subject of debate in the US, as well as within Iran, in which the benefits of the deal have been questioned.

The deal is important for Iran for several reasons. Iran is the largest gas reserve holder globally. But, due to the lack of infrastructure and investment, it has struggled to extract enough energy from its gas fields even for its own consumption. Hence, Iran has long been a net importer of gas, largely from Turkmenistan. To produce more gas for its own market, Iran needs international oil companies to invest in its energy industry.

Iran will also be hoping that this deal sets the ball rolling for more international engagement. After years of isolation and sanctions that have crippled its economy, Iran wants to enter the international market. Hassan Rouhani, who was recently re-elected as president, is a pragmatic politician and is constantly announcing that Iran is looking to open up to the rest of the world.

Rohuani, who made the nuclear deal with the West, now wants to encourage foreign investment to return to Iran. The deal with Total will provide an incentive for other foreign companies to sign deals with Iran. Oil companies such as Dutch Shell and Italy’s Eni have already started to negotiate with Iran for new contracts. The Total deal shows it is possible.

Plus, it strengthens Rouhani’s position as a political reformer. His more hardline opponents have criticised the nuclear deal for failing to help the country’s economy and halting its nuclear programme. The deal was signed in 2015 and since then Iran’s economy, despite the lifting of sanctions, is making a slow recovery. The Total deal gives Rouhani a concrete example of much-needed investment returning, thanks to the lifting of sanctions.

For Western companies investing in Iran, the country is still not free of risk. Foreign investors need to see stability, but the region is in turmoil. Iran’s policies on Syria and Yemen are at odds with its neighbours, including Saudi Arabia – which is currently showing its opposition to Iran by cutting ties with Qatar.

More importantly, US policy towards Iran is still vague. The Trump administration approved the nuclear agreement, but Rex Tillerson, secretary of state, said that the White House still needs to review the deal to recognise whether the agreement is in US interests. Plus, the US Senate also recently passed a bill to step up sanctions against Iran. Iran meanwhile is adamant that it will not tolerate new sanctions or changes to the nuclear agreement that was reached in 2015. This could scare off future business deals.

Total is no doubt aware of these potential risks, but clearly does not want to lose the opportunity to invest and gain a 51% stake in developing the world’s biggest gas field. Nonetheless, the company has split its US$5 billion investment into two parts. Total will first invest US$2 billion and the rest of money will be invested only if the initial phase of development and extraction is successful.

There are also signs of a transatlantic split at play. Total is aware that, in contrast to the US, the European Union has praised Iran for implementing the nuclear deal and wants to improve its relationship with Iran. Perhaps in a dig to the US president, the chairman of Total, Patrick Pouyanné, remarked: “We are here to build bridges, not walls.”

So, while the Total deal would not have been possible without the nuclear deal, it is also helping keep it alive by pouring investment into Iran’s economy. It sends a political message for both hardliners in Iran and the US that Europe is keen to not only support the nuclear deal but its companies are ready to invest in Iran.