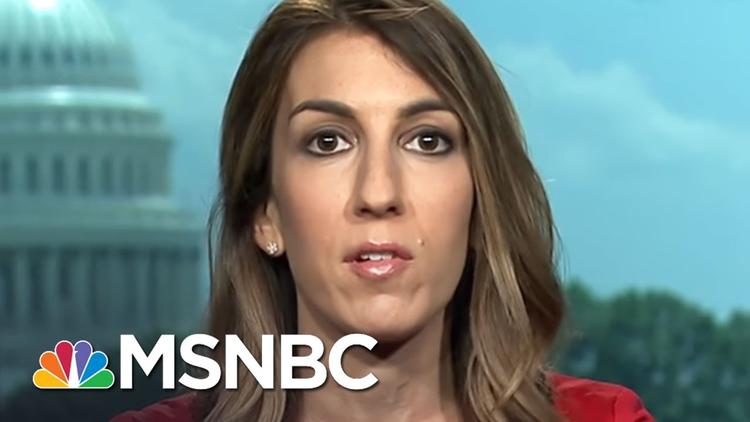 He also showed an affinity for vintage motorcycles, which he parked for two years in the Washington driveway of renowned investigative reporter Seymour Hersh.

Hersh later gave a public endorsement to a controversial film linked to Akhmetshin that sought to undermine a 2012 U.S. law that infuriated the Kremlin.

Now Akhmetshin, a dual Russian-American citizen who has both denied and bragged about being a former Soviet military intelligence officer, is at the center of a growing scandal reaching high into President Donald Trump’s White House.

U.S. media reported that he attended a June 9, 2016, meeting with Trump’s son, Donald Jr., accompanying a Russian lawyer who was also seeking to undermine the 2012 law.

Akhmetshin did not respond to an e-mail, text messages, or a voice mail from RFE/RL on July 14. But he told the Associated Press that the lawyer, Natalya Veselnitskaya, gave Trump associates at the meeting information on what she said were funds being illegally funneled to the Democratic National Committee and suggested the information could help the Trump campaign.

"This could be a good issue to expose how the [Democratic National Committee] is accepting bad money," Akhmetshin was quoted as recalling Veselnitskaya saying.

Until last year, Akhmetshin’s longtime behind-the-scenes work in and around Washington lobbying circles had escaped wider notice. But his work is substantial, stretching back two decades.

He has been a key figure in past PR campaigns to bolster Kazakh opposition figures, to discredit a Russian member of parliament, to lobby on Azerbaijani politics, and to undermine a Russian-owned mining company that sued another in a Dutch lawsuit.

It’s not cheap work, as Akhmetshin himself stated in an affidavit as part of a 2015 lawsuit: He said he charged $450 an hour for his services.

In 1998, Akhmetshin said he founded the Washington office of an organization called the International Eurasian Institute for Economic and Political Research, to “help expand democracy and the rule of law in Eurasia.”

In the late 1990s, he organized meetings with journalists, elected officials, and policymakers in Washington for opposition lawmakers from Kazakhstan. Later, he worked to undermine a businessman and diplomat who was divorced from the daughter of Kazakhstan’s longtime president, Nursultan Nazarbaev, and then had a falling out with Nazarbaev.

In 2011, Akhmetshin was accused of involvement in a smear campaign aimed at maligning a former Russian lawmaker who sought political asylum in the United States.

The goal, according to court documents, was to persuade U.S. officials to revoke the lawmaker’s asylum status, and force him to return to Russia, where he was involved in a dispute with a billionaire businessman over a Moscow hotel project.

Akhmetshin was not the target of the lawsuit but, according to the complaint, he was enlisted, along with a Washington public relations company and private investigators, to portray the lawmaker as anti-Semitic.

During the suit, Akhmetshin fought to keep his e-mails from being released to the opposing lawyers.

“Some of my clients are national governments or high ranking officials in those governments,” he said in an August 21, 2012, affidavit. “My government clients have highly sensitive discussions in my emails concerning the location or relocation of American military bases in areas within the former Soviet Union.”

The underlying lawsuit, and a related countersuit, were dismissed in March 2014.

A more recent legal fight concerned a $1 billion dispute over a potash mining operation in central Russia. While the main fight took place in European courts, a sideshow unfolded in U.S. courts beginning in 2014 when Akhmetshin was accused of hacking into the opposing parties’ computers.

In e-mail and in-person interviews with RFE/RL last year, Akhmetshin denied working for Soviet or Russian military intelligence. However, in private conversations and other published reports, he spoke openly about it.

The campaign he was associated with last year focused on the 2012 Magnitsky Act. That law imposed visa bans and other measures against Russian officials involved in the death of Russian whistle-blower Sergei Magnitsky and the $230 million tax-fraud scheme he helped uncover.

The campaign was two-pronged. The first involved the ban on adoptions of Russian children by American parents, which President Vladimir Putin imposed in retaliation for the Magnitsky Act.

Akhmetshin set up a benign-sounding organization to lobby Congress ostensibly in an effort to restore Russian adoptions. He enlisted former congressmen, and set up meetings with current members, including Representative Dana Rohrabacher (Republican-California), long known for his rosy rhetoric regarding the Kremlin.

Veselnitskaya said she discussed the adoption issue in her meeting with Donald Trump Jr.

The second involved organizing а screening at Washington’s Newseum of a Russian director’s film that took a semifictionalized look at Magnitsky’s whistle-blowing and his death. The screening happened on June 13, 2016, four days after he joined Veselnitskaya at the meeting at Trump Tower with Donald Trump Jr.

Veselnitskaya, who also attended the screening, served as a lawyer for a Russian-owned company known as Prevezon that U.S. prosecutors had accused of laundering some of the Magnitsky tax-fraud money. In May 2017, that case was settled on the eve of its trial with Prevezon admitting no wrongdoing and paying $6 million.

Another Washington public relations firm, along with Akhmetshin, was also connected to the effort to undermine the Magnitsky Act: Fusion GPS, which was behind the so-called Steele dossier, a compilation of damaging information about Donald Trump that was put together by a former British spy.

In May, Senator Chuck Grassley (Republican-Iowa) asked the Justice Department to investigate both Fusion and Akhmetshin, suggesting that they were unregistered agents of Russian interests.

Prior to the screening, Hersh, the renowned investigative reporter, told RFE/RL that he had seen the film a few months prior at Akhmetshin’s behest. Hersh said he was intrigued enough by it that he agreed to Akhmetshin’s request to host a postscreening discussion free of charge.

Hersh also told RFE/RL that he knew Akhmetshin through mutual acquaintances and that he had let Akhmetshin park several antique motorcycles in the driveway of his Washington-area home, motorcycles he said Akhmetshin had bought thinking they dated from World War II but in fact they were of German manufacture and had been painted over to look like Soviet motorcycles.

At the conclusion of the June 13 film screening, as the discussion turned loud and rowdy, Hersh said the film “goes a long way toward deconstructing a myth.”

What We know About The Russians Who Met With Donald Trump Jr. | MSNBC