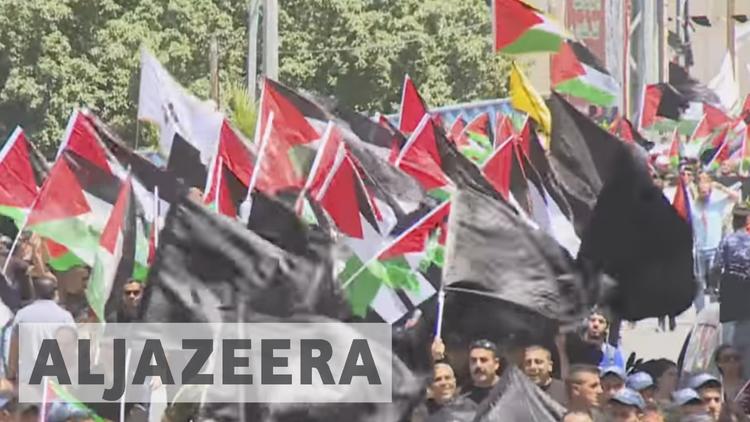 An Arab member of the Knesset said, according to Days of Palestine, that occupation authorities have decided to fine institutions which rent out space for events organized by non-Jewish citizens, which the state regards as illegal.

“The Israeli measure is against the simplest basics of democracy and free speech,” explained Jamal Zahalkeh MK. “It is racist because it targets Arab citizens and their institutions.”

On Sunday, the Israeli Culture and Sport Minister, Miri Regev, and Attorney General Avichai Mendelblit met and agreed on how to implement the so-called “Nakba Law” which first surfaced in 2011.

It stipulates that any institution in receipt of government funds will be fined up to three times of the said funds if it rejects Israel as a “Jewish and democratic” state; incites racism, violence or terrorism; supports armed resistance or terrorist acts against Israel; or commemorates Israel’s “independence day” as Palestinian Nakba Day.

Israel Hayom said that Regev asked for the meeting after reports about an event hosted by a Jaffa theatre in honor of former Joint Arab List MK Basel Ghattas, who was indicted of smuggling telephones to Palestinian security prisoners.

Regev and Mendelblit, the newspaper said, agreed that complaints about alleged violations of the Nakba Law, by public institutions, would be passed on to the finance ministry, which would have a week to respond on whether a given incident in fact violates the law.